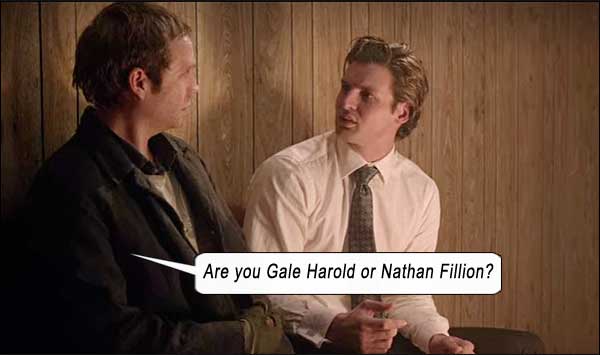 Thirteen challenges. That will either get you killed, jailed, or set for life with a fortune. 13 SINS is, like all movies of its ilk, not about what the man onscreen would do to acquire the Scrooge McDuck swimming pool of riches, but what YOU would do.

In this American thriller/black comedy that exudes a British feel, Elliott Brindle (Mark Webber) is at his lowest ebb; days away from his wedding, he is fired from his job, which means he loses his insurance to keep his younger mentally-disabled brother (Devon Graye) in a home, and he loses the ability to keep his ailing father (Tom Bower) in assisted living, meaning the old racist has to move in with Elliott and his black pregnant wife-to-be (Rutina Wesley as Shelby).

At a traffic light, a mysterious phone call: a saucy TV-host voice tells Elliott he has been chosen to play a Game that involves thirteen challenges, each completed task paying off more substantially as they grow in complexity, totaling 6.2 million pounds. To prove its legitimacy (or danger) the voice rattles off Elliott’s dire history, convincing Elliott to complete his first task – swat the fly in the car for £1000—wait, his name is Elliott Brindle and there’s a FLY? (Yup, my first thought was Brundle-Fly too! Are writer-director Daniel Stamm and co-writer David Birke fucking with us? Of course they are! Adapted from writer-director Chookiat Sakveerakul’s 2006 Thai movie, 13 GAME SAYAWNG, you can guess that lead character didn’t have a name that conjured Jeff Goldblum).

Elliott swats. His phone pings. £1000 deposited to his account! Then the voice tells him to eat the fly for £3600…

THE GAME meets SE7EN meets SAW, 13 SINS is one of those intriguing “thought experiments” – a “What If” scenario taken to unimaginable proportions. The jolly gameshow voice tells Elliott that if he wins all the challenges, the problems associated with the mayhem he causes will go away; if he loses or quits, he’s on his own. Loses? Yes, halfway through his tasks, Elliott inadvertently discovers there is another mysterious person playing in direct competition with him for the grand prize.

Under the spiraling madness of the tasks is Elliott’s journey from spongey doormat to masculine master of his destiny. When Elliott is fired, his callous boss snarks at his timidity, “the same things that make you a lousy salesman are going to fuck you up as a father and a husband.” And we note Elliott’s changing demeanor through the challenges: when he swatted the fly, he was sitting at a dead red light on a deserted street for ages – later, he’s burning through red lights joyously in a stolen charger, wearing the victim’s leather jacket, whose arm he just amputated…

The boss adds that Elliott is afraid to get his hands dirty for his woman. And this denunciation pushes Elliott to prove his boss wrong as the challenges grow more insane; to prove to himself he HAS the stones to “make a child cry within 5 minutes for £5000” or “take a lonely man out for coffee” – who happens to be a suicide corpse, whom Elliott has to WEEKEND AT BERNIE’S into a diner booth. While oblivious cops slide into the next booth… 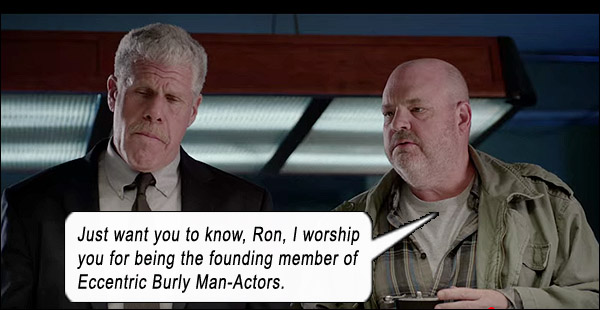 We never do find out who the Game organizers are, or how they are omniscient. A detective (Ron Perlman) is hot on Elliott’s eccentric and gory trail, tracking down a recluse (Pruitt Taylor Vince) with a vast file on the Game, revealing the reach of the organizers, sounding like a nutjob yet showing proof – details on past Games, including a photo of JFK from Dealey Plaza! (“Sometimes I think about how so few people on this planet decide everything. One percent of one percent.”)

Now here’s the infuriating thing about movies of this ilk released in the United States under the heel of the Gutless MPAA. Though we’re on the anti-hero’s side, the film chickens out on him keeping the money, because to keep it means he advocates for the criminal enterprise that is staging the Game. In the twisted climax, Elliott chooses to do the “right” thing, rather than the easy thing. BUT – keeping the money is not necessarily “easy” – it was won through psychopathic means that will probably give him PTSD for the rest of his life; he earned that payoff. We all feel his downtrodden pain in a society growing more polarized with each corporate bailout. He’s committing crimes yet we are rooting for him, and none of us would hold it against him if he did keep the money.

13 SINS is chilling and compelling viewing, and we just have to fantasize about what could have been in the Scrooge McDuck swimming pool of riches.