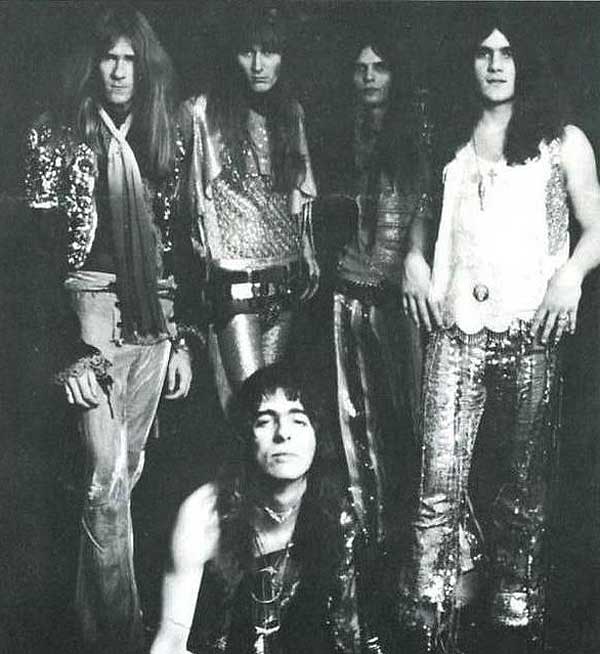 On the cusp of hip and scare.

From Earwigs to Spiders…

t’s a line from WEST SIDE STORY, when one of the characters turns to another called Action, and warns him to cool it – “Easy, Action!” Those lines, and others from WEST SIDE STORY appear in Still No Air, the third song on the Alice Cooper album, Easy Action.

Released nine months after their debut (Pretties For You, Jun 1969), the Alice Cooper Band’s second effort Easy Action has still not found a direction, experimenting hard on all its material, seemingly not committing to any one riff or idea on any song. Band members Alice Cooper (vocals), Michael Bruce (guitar, organ), Glen Buxton (lead guitar), Dennis Dunaway (bass) and Neal Smith (drums) were all credited collectively as writing all the material, yet it seems they were at odds on how to present it – a snatch of great idea, subsumed by a lesser idea, then another direction, then a sturdy gallop at a genre, then a hot mess. One thing that comes across is the looseness of the album, which is commendable and cool. Definitely not recorded with a click track (way back before that technology), and with blatant mistakes left in, where we hear the obvious untidy crash of kick drum, cymbal and bass not together. Hilarious. According to drummer Smith, their producer, David Briggs (Neil Young’s producer) “hated our music and us,” calling the band “psychedelic shit,” and “did not help with song arrangement or positive input in any way.”

Yet we hear a grand step forward for the group in its first song, Mr. & Misdemeanor – for the first time on record, the VOICE of Alice Cooper! That characteristic sneer opens the album; it’s a terrible technique that should probably not be taught to youngsters, yet it works for Alice, and he would keep that scratching, scathing monster under their beds, waiting to grab their legs.

Alice doesn’t use this voice for the whole album though; the bulk of this record is Alice’s young smooth voice (with Bruce taking a couple of lead vocals in his very gentle flower-hippie). This vocal diversity would be exactly reversed in the coming years, as Alice makes that snarl his signature on the bulk of his recordings, with forays into the smooth voice for novelties and more touching singles, like How You Gonna See Me Now and Only Women Bleed; even so, there is always that tincture of monster voice underlining his sweetness.

Shoe Salesman is Seals & Crofts meets The Beatles. On the second song, Alice’s voice is already back to Liverpudlian.

Still No Air is a loose-sounding puncher, free-form in sections, with niggling little guitar riffs like caterpillars nibbling at your brain. This song contains the quotes from WEST SIDE STORY: “Easy, Action!” “Got a rocket in your pocket!” “When you’re a Jet / You’re a Jet all the way…” This last quote will be turned into a full song on Gutter Cats Vs The Jets (on the School’s Out album, 1972). Say the title phonetically and it makes sense: “still nowhere.”

Below Your Means, a trippy 60s groove, with Michael Bruce on lead vocals. A sinister opening: “Come with me and we’ll play…” 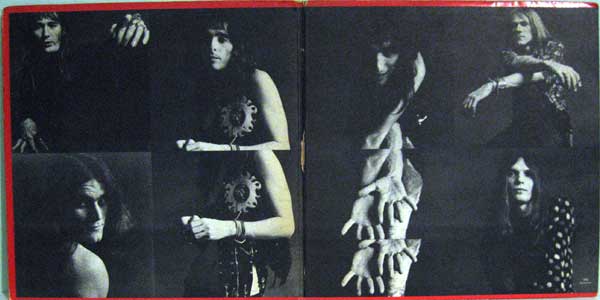 The raucous Return Of The Spiders opens Side 2 like a train on the tracks. The lyrics of a young man (Alice was 28) driving home the search for a direction, an identity: “Well I’m tired, yes I’m weary from my long journey / But I’m not yet all ready to rest / For you can come along with me / We go searching for rest, yes / Come on and search with me / Oh search with me, whoa search with me…”

The genesis for Desperado (on 1971’s Killer) is clear in Laughing at Me.

Refrigerator Heaven. The point of interest in this little art-tootle is the title, used to “cool” effect years later in Cold Ethyl (from Welcome To My Nightmare, 1975).

The 7:36 epic Lay Down and Die, Goodbye closes the album with a classic rock riff that yet breaks down to explore little tiddlywinks and tootles during the song; into ethereal spacey sounds (Michael Bruce found those buttons on his synthesizer, and much of it would be physical “tape” effects that 60s and 70s bands experimented with – like speeding up, slowing down, looping, double tracking, delaying). As this experiment threatens to devolve to bombast, a last ditch effort at wailing vocals to wind down the album.

Cooper, Buxton and Dunaway started The Earwigs in 1964, renaming themselves The Spiders in 1965 and releasing a couple of singles. By the time they had solidified their lineup with Bruce and Smith, renamed as The Nazz, they were already encroaching on territory marked by David Bowie (The Spiders From Mars) and Todd Rundgren (Nazz), so The Alice Cooper Band was born.

Their first two albums as Alice Cooper were hip avant-garde, art-rock, flower-child psych-experiments, with one foot in the 60s. Now they were poised (in the words of Alice) “to drive the dagger into the heart of the peace and love movement.” 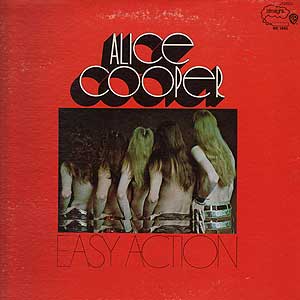 1/ Mr. & Misdemeanor
Shoe Salesman (single)
Still No Air
Below Your Means
2/ Return of the Spiders (single)
Laughing At Me
Refrigerator Heaven
Beautiful Flyaway
Lay Down And Die, Goodbye 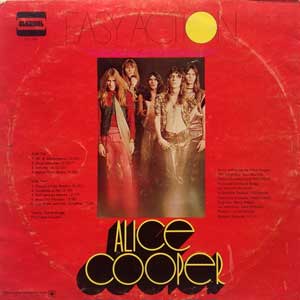