The Greatest Successful Failure of all Time.

O, swear not by the moon, the fickle moon, the inconstant moon…
— Shakespeare, “Romeo and Juliet.” 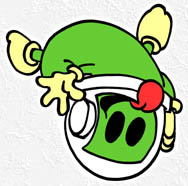 Hanks is Jim Lovell, captain of APOLLO 13, launched by NASA in April 1970; the planned third manned mission to the Moon, aborted when an oxygen tank exploded mid-journey (precipitating the portentous line, “Houston, we have a problem!”), turning their Moon mission into a rescue mission and their landing module into a squeezy freezy lifeboat.

Thank goodness Tom Hanks was onboard!

Howard, we have a problem.

Trying to film a story with so many integral characters is impossible with a camera-magnet like Hanks tooling around on set. Our media-driven lifestyle denotes that “star-power” dictates character importance in a movie, so though Hanks may play a prominent role as one of three astronauts imperiled by the spacecraft malfunction, Every – Single – Member – of NASA is equally worthy of the limelight blindingly focused on Mr. Fantastic.

I’m not a Hanks Hater, but I do feel that “rescue credit” is unduly focused on Statuette Boy. In the real world, credit for the rescue of the seemingly-doomed Apollo 13 craft is dispersed throughout hundreds of personnel, each of them a Hero: not least, the Flight Directors, Gene Kranz, Glynn Lunney and John Aaron (Kranz played by Ed Harris, the most notable actor of the FD’s, thereby implying he was the most “important” – once again, sigh). Lunney, Kranz’s relief FD, is stoic Marc McClure, and Aaron – the FD who identified “power” as key factor in the life-saving stakes, thereby engineering the decision to “turn off everything but the essentials” – is fleshed out by the clinical-tastic Loren Dean. Astronaut Ken Mattingly (dropped from the original Apollo 13 crew for medical reasons) is Gary Sinise, all suave intensity.

Lovell’s crew are Fred Haise (Bill Paxton, in his patented “Game over, man!” swoon) and John Swigert (ever-dependable Kevin Bacon, whose presence in this movie with so many other A-Listers puts him at least “two degrees” closer to about 436 other actors…).

Unlike the DeLorean DMC-12, or the LZ 129 Hindenburg, or the RMS Titanic – all failures on a grand scale, all seemingly trespassing on virgin technology and future advancement, with each failure marking the end of an era for their respective milieux – the “failure” of the 1970 Apollo 13 lunar mission aided in advancing space-faring dialect and paved the future with skyward momentum for the International Space Station, the Space Transportation System (Shuttles), Mars Soft Landers and beyond…

There will be other space projects and who knows, I might be part of them… We learn through failure.
— Jim Lovell, from his diary, after rejection by NASA for the 1959 Mercury program. 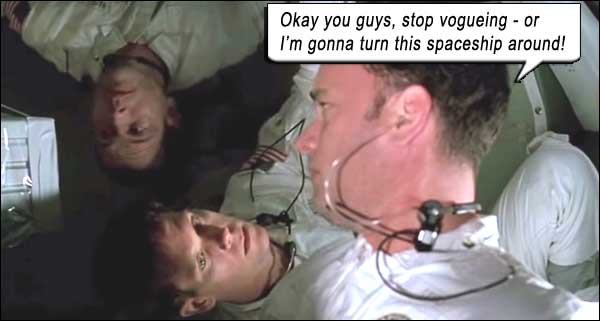 Disabled by a wiring malfunction that led to an explosion that leaked their oxygen into space, Apollo 13’s prime directive shifted from “frolic on moon at taxpayers’ expense” to “stay alive, no matter what occurs.” Technical problems compound, each adversity overlapping the previous one, with the spacecraft crew and Mission Control united against the exigencies of the failing mission itself.

Director Howard intelligently chose to have nothing more than true-to-life events provide the drama of APOLLO 13; as obvious as this may sound, very few “true” or “inspired by” films refrain from inserting Hollywood subplot and cliché to ramp up the stakes – with this tale, Howard did not need to. The phrase, “You can’t make this shit up!” springs to mind, as all the “dramatic movie formulae” were present without even trying: ticking clocks, family stakes, technological adversity as villain, all encapsulated in the real life tale of three astronauts who missed the moon but unwittingly hit a jackpot…

Had the Apollo 13 crewmen died during their rescue attempt, American fortitude would have suffered a blow infinitely worse than the beating it took when either of the lightning-quick Shuttle disasters stunned the nation. With the Shuttles, it was over before anyone had time to realize problems had even arisen. With Apollo 13, manifest effort was expended over the course of four days; a public vigil during an avalanche of adversity that would have broken the back of America if the crew had not survived.

And in the surviving, gradually attaining a success (read as fame) far greater than any of the men who actually trod the Moon’s surface (barring Armstrong and Aldrin). Proof? Tell me: who were the three astronauts of 1971’s Apollo 14? (Not even Apollo 11 (1969) had the honor of having a pinball machine created after them.) Responding to the notion that this could be “the worst disaster NASA’s ever experienced,” Kranz retorts, “I believe this is going to be our finest hour.” He was right. 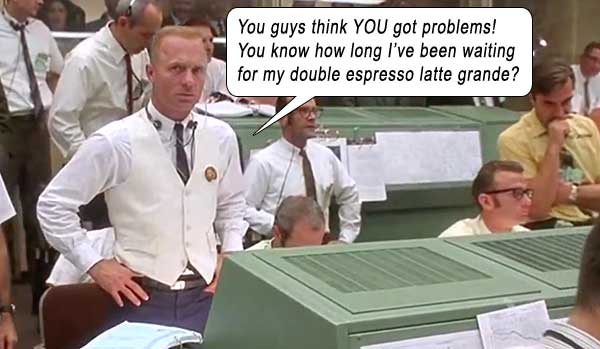 An exemplary aspect of this film is the unobtrusiveness of its computer-generated visuals. Though Georgie Lucas believes he has the monopoly on CGI-filmmaking (simply because he owns the company that icings a large percentage of A-List blockbuster), Ron Howard illustrates – via Digital Domain’s finesse – how to incorporate CGI into one’s movie with class and taste. Quite simply – this is as good as it gets! Every star-field, exterior shot and moon view is seamless subtlety; without even realizing it, we see new footage of Apollo 13 rising on the Saturn V pillar of fire; Lovell’s fantasy of descending to the Moon’s surface (made ever more poignant by the fact that he has lost the opportunity) captures the sheer, crazy joy of raking one’s fingers through regolith and gazing skywards at a gibbous Earth-rise… No need for dandy villains, exotic beasts or killer droids, Howard’s judicious use of CGI captures everything that Lucas’s imprudent abuse lost – true magnificence and awe.

Lucas directed Howard in 1973’s AMERICAN GRAFFITI. In sooth, the Padawan has become the Master.

It is a testament to the talent of this Master that he could fashion such an involving movie from three guys stranded in a refrigerator for a week and a pack of Reservoir Dogs jargoning at outdated computers.

If not for those Apollo 13 “failures” (Lovell, Haise and Swigert), Alan Shepard, Stuart Roosa and Edgar Mitchell of Apollo 14 might have had a more glorious day in the sun – or the Moon, as it were…