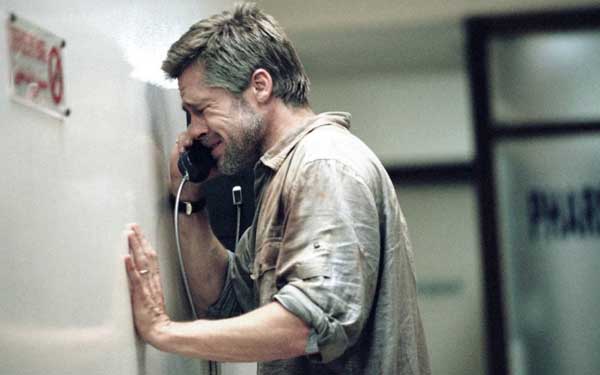 “You don’t understand! I’ve got dust all over me, and I look fat and I feel all icky!…”

BABEL is an exhausting, challenging movie, a masterpiece of construction from writer/director Alejandro Gonzalez Iñárritu; a tale of alienation amongst the throng, of chest-grabbing desperation and fear and isolation – emotionally defibrillating your brain. You come away from BABEL nauseous.

That’s what makes it so rewarding.

Constructed in non-linear fashion, we are introduced to the characters in BABEL via sideways leaps in time. Their interplay does not become obvious right away as director Iñárritu juggles causality and consequences, actions and reactions.

Two young Moroccan brothers, tending their sheep on a rocky hilltop, practice shooting a rifle their father gave them as a present, aiming at faraway traffic on the arid, dusty road; a pair of white, young American children are driven south of the border by their Mexican nanny trying to make her son’s wedding, then find that the U.S. Border Patrol will not allow the illegal nanny back into the country with them; an insecure deaf, teen Japanese girl, desperate to roll with the in-crowd, tries to lose her virginity with awkward abandon; a couple cheerlessly holidaying in Morocco face near-death from a senseless, accidental shooting… 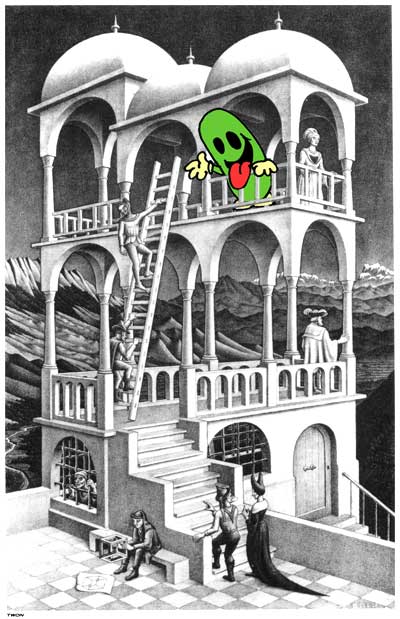 The movie’s title is taken from the biblical Tower of Babel (Genesis 11 – yet another instance of the Old Testament god’s petulance and contradiction, forever rationalized by “religious scholars” (now there’s an oxymoron!) into further stupidity). The Babel story tells of mankind being unified by one language and working together to build a tower that would reach to heaven (basically, an old world ziggurat, marking the center of their united township). God, in his abject childishness and vanity, perceives their effort as a method to honor themselves (so the scholars tell us) and that if mankind were this united, they could do anything they set out to do. (Wasn’t this – and isn’t this – the ultimate goal of everyone on earth, religious or otherwise? Autonomy, sovereignty, intelligence, self-sufficiency…) So instead of lauding the “creations” whom he has supposedly bequeathed “free will” – to discover for themselves the utility or futility of “ladders to heaven” – this psychopathic god once again decimates any semblance of order without a shred of logic or strategy: “Let us go down and there confound their language, that they may not understand one another’s speech.” Why, hatemonger? The tower was abandoned, the people scattered; war – between people who could not understand each other’s cultures – continued. Gee, thanks Heavenly Dad! No Vain, no Pain.

BABEL is like the world post-Babel – after the people who could not understand each other have been separated for millennia. But forget that biblical muddling of languages story – it is merely a rationalization for mankind’s provincialism (again blaming an outside force for the small-mindedness of mankind, imbuing that outside force with mankind’s small-mindedness). Provincialism is an evolutionary strategy that aids a species’ survival in a hostile environment. Our built-in provincialism is a vestige of that survival instinct: don’t trust strangers, venture cautiously into foreign areas, beware entities you cannot communicate with, always wear panties, and so on…

BABEL’s soundtrack (by Gustavo Santaolalla) is sparse, foreboding, as alien as the landscapes that are thrown at us in stark contrasts – the bleak, barren Moroccan desert, the clamorous clutter of Mexico, the splashy Technicolor of Japan.

Except for three main characters, Iñárritu casts unknowns, with many of the Moroccans non-actors (Boubker Ait El Caid and Said Tarchani as the two boys, Mustapha Rachidi as their father, Driss Roukhe as Captain Alarid), yet each of them an acting marvel. Of course, Brad Pitt is onboard (looking suitably haggard) lending marquee strength, but rather than his presence dragging the production into Cheese Hollywood, the movie actually takes him the other way into nuance, as he battles to understand the culture and language of the low-caste Moroccan village he is inadvertently trapped in with his wife (Cate Blanchett), shot accidentally by one of the boys.

Even though the Moroccan boys are responsible for shooting a stranger and causing insurmountable misery, there is no ill feeling towards them, as the movie shows us how their unthinking act also impacted them even more adversely than their unintended victim. We feel the same way towards the nanny who irresponsibly takes her two young charges out of the country and is then made to suffer overwhelming fear and near-death in the desert for her stupidity. In all four stories, no one is innocent, yet being guilty does not make us hate them.

Three of the stories are very solidly intertwined (the shot woman, the Morrocan boys, the children in Mexico). The fourth story takes a good time to slot into any relevance, that of Chieko, the Japanese girl (Rinko Kikuchi), although her predicament is a story unto itself. 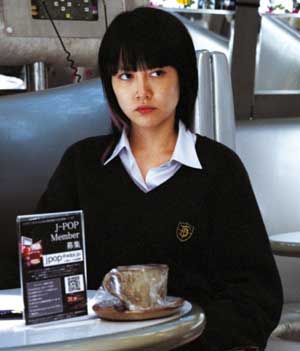 With the main theme being isolation, writers Iñárritu and Guillermo Arriaga convey that language is not the only obstacle that people might have to overcome in communication – Chieko’s deafness (and by extension, any disability to the human condition) is just as isolating.

Going panty-less everywhere in her quest to lose her virginity, Chieko not only does those normal things that teenagers do (in the grip of wild hormones and wilder drugs) but overcompensates in her quest for acceptance as a deaf person.

In a nightclub scene (that alternates between sense-glutting and suddenly ripping to vacuum when we see the clamor from Chieko’s soundless point of view) Iñárritu captures that indefinable euphoria of teen puppy love – and how it is dashed to pieces, as Cheiko realizes the teen boy whom she felt a connection with would just as haphazardly “connect” with her best friend. She is driven to boldly throw herself sexually at a police officer, who ethically refuses her awkward advances.

Chieko’s predicament could be taken in two ways. At first glance, her tale of a dead mother, her deafness and isolation is extremely sad. The alternate view is due to the overly-litigious nature of abjectly unjust California law courts: I have no idea what these laws are like in Japan, but here in sunny California, if an underage girl like Chieko was to seduce a man and if he were to take the opportunity – he would be at fault. If, like the policeman, he refused  her advance and she became angered at the rejection, she need only accuse him of seducing her – and he would, ultimately, be at fault. The man can’t win. Or, more correctly, it is up to the graces of the girl whether the man walks away from the situation unscathed or destroyed.

The irony is that these utterly perverse laws were passed by men in order to please women so as to get into their pants in the first place.

The Border Patrol scene (involving Monica del Carmen as the nanny, Gael García Bernal as her impetuous driver and Clifton Collins Jr. in a chilling performance as a Border Patrol Guard) strikes close to home for Californians, and shows us how immigration procedures, while useful to a country’s security (read as government’s greed), only create horror and pain for individuals. 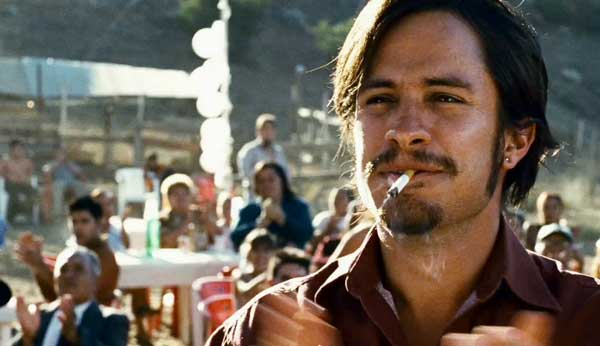 “Man, this party is off da hook! I gotta get down to Tijuana and pretend to be Mexican more often!”

In a way, I feel sorry for Pitt because he needs to pull off so much extra acting-choppery to convince time and again that he is not just a pretty face. Not even a pretty face, as it stands in this production, prompting many reviewers to comment he “plays against type” in BABEL (whatever “type” they’ve burned into their minds – as far as I’m concerned, Pitt has always displayed a great acting depth; he just happens to be burdened with that glam-slamming mug and taut obliques).

Why can’t more people make films this good? (That question answers itself when Adam Sandler and Will Ferrell enter the equation as economic gears.)

You come away from BABEL with your guts broiling, vowing to try to understand the plights of others – or at least vowing to get your immigration papers in order before attending that off-the-hook party in Tijuana.