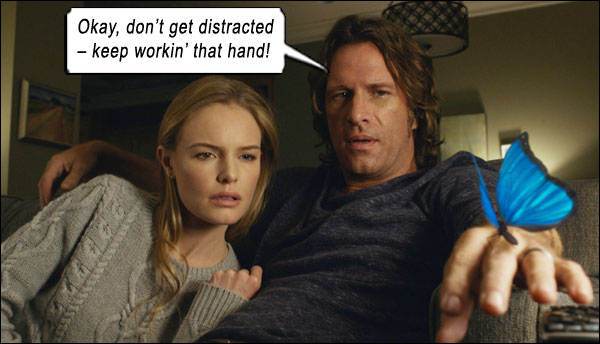 A couple discovers their adopted 7-year-old boy has dreams that become real. Which means his nightmares do too…

Cody brings his good manners, love of butterflies, and a tragic past of his own. He takes uppers to avoid sleeping as much as he can – we don’t know why – but Jessie and Mark assure him he can sleep peacefully under their roof. Upon Cody’s first night sleeping in their home, Jessie and Mark are enchanted by a flock of butterflies in their lounge room.

On Cody’s second night – they see Sean standing before them, alive!

Jessie, still fighting off the PTSD of seeing Sean drown, tragically welcomes this vision, but as she tentatively wraps her arms around Sean – he disappears! Cody appears at the foot of the stairs sheepishly, saying, “I’m sorry.” 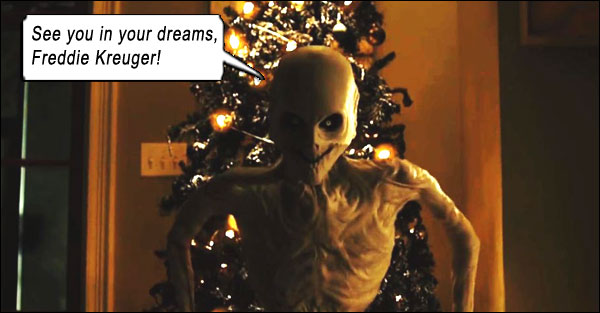 It’s not long before Jessie and Mark deduce that Cody’s dreams are creating real life simulacrums. Anything he dwells on before sleeping becomes a three-dimensional physicality. While Mark frowns on this psycho-deception, Jessie embraces it as a way to see her dead son alive again, over and over, sending Cody to bed as quickly as possible, until one night she rufies him with a sleeping pill to ensure he sleeps long enough to enjoy Sean’s presence. That’s when Cody’s nightmare, the deformed “Canker Man,” slips into focus, hissing, “I will always be with you!” and raising the hairs on my little cucumber forearms.

When Cody inquires of his surrogate parents, “How did he die?” we realize that Cody’s dreams will soon conjure a lifelike vision of Sean drowning.

Co-written by Mike Flanagan and Jeff Howard (OCULUS), directed well by Flanagan, BEFORE I WAKE takes surprising turns, with a few genuine scares, before leaving us with a brave, unconventional resolution.

Thomas Jane looks ruggedly sexy in his Vitruvian Man hairdo, Kate Bosworth looks expressionless as always (a face on its way to perfection, but abandoned by the sculptor), and Jacob Tremblay (whose name reminds us of that stage name Zack Galifianakis dubbed himself in DUE DATE) is this generation’s “I see dead people.” Annabeth Gish brings her square man-jaw to the role of Cody’s social worker, and Dash Mihok is a bitter, traumatized, ex-foster parent of Cody’s who lost his wife to Cody’s “Canker Man” manifestation.

And I thought my Nortriptyline gave me bad dreams.