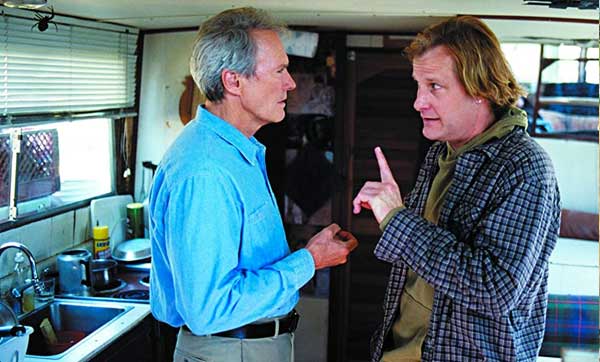 If Dirty Harry was a heart transplant patient.

In BLOOD WORK, Clint Eastwood is FBI detective Terry McCaleb, who suffers a heart attack chasing down a thief. Forced to retire after a heart transplant operation, he is approached by the transplant donor’s sister, Graciella (Wanda De Jesús) who tells him his donor was a murder victim. She wants him to find the murderer. Feeling guilty about his second chance through someone else’s murder, McCaleb accepts. Graciella taking her Mexican panties down helped the decision.

Good setup, good story, with Eastwood reliably sturdy as actor and director, but let down by – ahem – half-hearted performances around him. A friend of mine suggested this was a closer to Clint’s Dirty Harry period, but other than Clint pulling a few steel-eyed glares and wielding a gun in that way we’re all used to, it’s an anemic stab at vigilante retribution.

Eastwood played John Huston in WHITE HUNTER BLACK HEART (1990). Here he plays against Huston’s actual daughter, Angelica, as his cardiologist who keeps shouting at him to take it easy.