CLOSE ENCOUNTERS OF THE THIRD KIND needed updating. CONTACT is that update. Though it may never attain the lofty heights of commercialism that CLOSE ENCOUNTERS enjoyed, CONTACT is, in fact, a more intelligent vision of extra-terrestrial communication with our outer-spiral-arm planet. 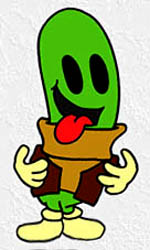 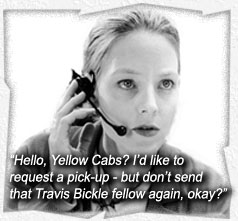 Jodie Foster is SETI maverick, Ellie Arroway, who discovers extraterrestrial alien signals that instruct mankind to build a machine to take us to the stars. Woven into this storyline are all the adversities that not only affect the world and its myriad misapprehensions and fears, but also factors that affect Dr. Arroway as a female in a man’s world (with Jodie Foster’s perfect features and sensual, leonine mane not helping any), or an atheist in a theist’s world (Arroway butts heads – and butts – with not only a preacher but the whole inculcated space committee on religion and gods).

From science maven Carl Sagan’s optimistic novel of the same name, the movie is based on the ideology of the Drake Equation (the speculative theory postulating multitudes of Life-harboring planets in this galaxy, given the sheer quantity of possibly habitable worlds), defined in the movie by the almost-too-cute syllogism: “If we are alone in the Universe, it sure seems like an awful waste of space.”

The Drake Equation is weighed against the Fermi Paradox, which argues that if there are alien civilizations, why haven’t we detected them yet? This movie’s plot – obviously – negates that paradox.

Whereas CLOSE ENCOUNTERS’ method of alien contact played on the age-worn industrial-era concept of aliens physically visiting Earth, an infinitely more efficient manner is effected in CONTACT by means of radio waves. SETI astronomers, headed by Ellie Arroway, stumble upon distinctly intelligent radio signals originating near the star Vega. In decoding The Message, they are astonished to find it is not merely a rudimentary greeting, but rather a technologically-superior detailed schematic for a Machine, to transport US to THEM.

Considering the economics of space travel – not referring to money, but expending energy – The Message defines the most judicious method for establishing contact, whilst discerning whether a recipient civilization is ready and/or worthy to step up to an interstellar level of commerce. The concept of “aliens” has matured in this film, from simple benign or malignant humanoids (treating Earth as the retarded child of the galaxy), to ambiguous “intelligences,” regarding us as near-equals, in placing the ball in our court.

This maturity is due in great part to the inexhaustible efforts of the late Dr. Sagan, whose quest to bestow a sense of cerebral wonder in a generation jaded by laser-wielding aliens and detestably non-scientific science fiction found a culminating point in this movie.

With aliens being so apparently existent, there comes the inevitable contention of Religion vs. Science, and though Sagan clarifies his position in the novel, the movie must necessarily leave the issue ambiguous to appeal to its demographic of (real or imagined) “christians” – the bulk of Earth’s popcorn-plucking populace. The film ultimately preaches to the converted on BOTH sides. No Atheist or Christian will be jumping their razor-wire fences on the grounds of this movie.

The Machine. The journey to the future begins with the logo on the Atom’s head.

As with all major-studio releases, the screen story tampers with the novel’s finer details, slotting it squarely within motion picture dramatic parameters – most notably modifying the overweight evangelist of the book, Palmer Joss, to that of Hollywood man-toy, Matthew McConaughey, to give Ellie that seemingly necessary love-interest. Thankfully, the broad strokes retain enough of Sagan’s driving pursuit of knowledge, elevating it above mere alien-invasion fare. And/or butting butts fare.

Yet we do not lack for effects – stunning, thought-provoking effects, rather than whizbang jaw-droppers. The challenging opening sequence sees a camera panning backwards through space away from Earth, beyond the edge of the Milky Way, outracing a jumble of radio static, which gets progressively “older,” the farther out we go (as indicated by familiar tunes, news snippets and cultural signpost sounds – i.e. the farther out in space you get, the farther back in time you hear; in essence, time-traveling backwards – faster than light, no less, if you are outpacing radio waves!).

The visualization of The Machine (that The Message instructed to build) is a marvel of utility and “alien” design, seamlessly integrated into the landscape of Cape Canaveral. Most impressive was the tragic sequence which destroyed the first Machine – so artfully contrived, with views from the scores of “media” cameras covering the event – that the viewer never thinks to question where the reality ends and the green-screen babble begins.

An astounding camera trick with a running girl in a mirror (Jena Malone as young Ellie) will leave directorial aficionados in mortal brain pain trying to decipher its ingenuity. 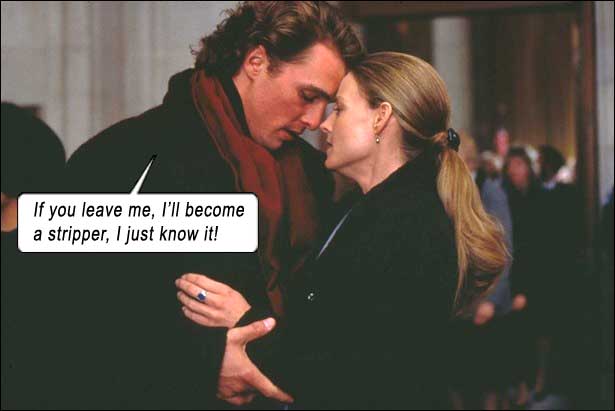 One can only hope that viewers can delve through the flummery (which must necessarily blossom during the latter stages of the movie, as The Machine traverses worm-holes) to the REAL message from Sagan: that the questioning and scientific mind is infinitely more precious to our species and creates more impetus for launching Mankind to the stars than the stagnating minds of the pseudo-science shamsters, which includes fanatical christian contingents.

One of the best arguments against religionistas – played out in the movie by the ever-psycho Jake Busey – is that no scientist has yet strapped himself with explosives and taken innocent lives in his quest to force an opinionated Physics viewpoint on other people, whom he believes he will “save” by blowing them up…

The incomparably-reliable David Morse is Ellie’s encouraging father, while William Fichtner poignantly plays a blind astronomer colleague. A stoic Tom Skerritt is simultaneously Ellie’s supervisor and adversary, although thankfully is not painted as villainous, even though cast as the obvious antagonist; an intelligent rendering, keeping his interests “scientific” rather than petty. Although he does prevaricate to score his Machine seat, he is noble enough to admit to Ellie, “I wish we lived in a world which rewarded honesty like yours,” to which Ellie replies, “I thought the world is what we make of it.”

Carl Sagan died before production was completed on CONTACT, making it one of his last gifts to a blinkered world. The film’s dedication read simply: “For Carl.” I wept.

Without him, the Universe seems like an awful waste of space.