Honor among thieves? I don’t think so! 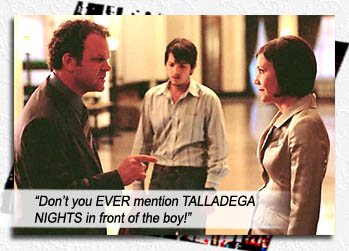 Well-dressed and well-spoken grifter, Richard (John C. Reilly), rescues inexperienced, young Spanish con artist, Rodrigo (Diego Luna) from an arrest, taking the supposedly-inexperienced youngster under his wing, at first for small cons, and then for a giant con that suddenly falls into his lap.

Ah yes, but who is conning who?

Well-directed by Gregory Jacobs – or misdirected, as the case may be – from an Argentine movie, NINE QUEENS (Fabián Bielinsky’s NUEVE REINAS, 2000), produced by George Clooney and Steven Soderbergh (no strangers to confusing audiences – to wit: OCEAN’S 11/12/13), CRIMINAL is rife with scams within cons within plays.

All very satisfactory, I might add, due in large part to the utmost conviction in all the exceptional performances. Twists in con movies tend to come at you with a groan, whereas the twisty storyline in CRIMINAL comes at you via a night-stick to the back of the knees.

Maggie Gyllenhaal plays Reilly’s sister, of whom he asks a morally-wretched favor, and Peter Mullan is a rich investor whom Reilly tries to sell a counterfeit bank note. All while trying to con Diego’s life savings from his little illegal immigrant pockets.

With the deceptive dance twirling to the last frame, you discover something about yourself when you watch this genre of movie – whether you are sharp enough to see the reveal coming, or whether you like being the movie’s bitch.