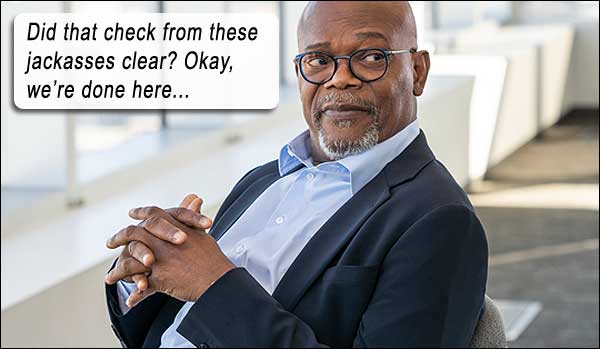 DEATH TO 2020 – an uncomfortable mix of bad history and worse comedy.

“Bad” not meaning it’s incorrect information, but that the information is not edifying or satisfying. Because we’ve all just died through it – lost our jobs, our lives, our loved ones. As crazy as this sounds to say, watching a documentary about World War II is more “entertaining” than watching a mockumentary about 2020.

And that’s the other annoying thing – it’s a mockumentary – it’s not a historical document of events, it’s trying to poke fun at them! Have these filmmakers heard the expression, “too soon”? Tragedy + TIME = comedy. This movie being released before the end of December 2020 is like telling 9-11 jokes on 9-12.

Filled with annoying characters all playing caricatures of media tropes, like self-proclaimed experts, leftist SJWs, Karens and liars for the president. And as soon as we see Samuel L. Jackson, opening the movie as a talking head reporter named Dash Brackett, we fall out of the documentary aspect BECAUSE HE’S SAMUEL L. JACKSON. There’s also Hugh Grant, Lisa Kudrow, Kumail Nanjiani, Tracey Ullman, and Laurence Fishburne as the narrator. Laurence Fishburne and Samuel L. Jackson in the same film?! Quick, which one of these guys was in THE MATRIX? White people: “uuuhhhh…”

It opens with the wildfires in Australia and closes with dumbo donald’s ousting by Joe Biden, covering everything in between (Brexit, Meghan Markle, George Floyd, coronavirus) all from a ‘Murrican First World point of view. No perspectives from France or the Asian continent, no reminiscing from Brazil or India or Greenland, and certainly nothing of import happened in Equatorial Guinea.

It covers the death of Supreme Court Justice Ruth Bader Ginsberg – and how the dumbo donald admin shat on her final wish not to be replaced until after the election. But they missed out on so many names that moved the world. Eddie Van Halen died. Little Richard died. Sean Connery died. Mitch McConnell died – [what? You call that being alive?] 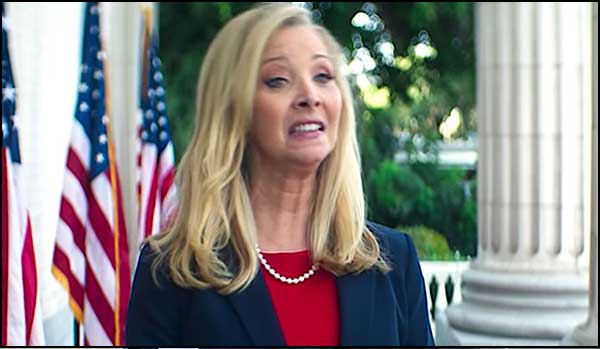 And some things just can’t be satirized. They try hard to write jokes about the dumbo donald administration and its response to the covid pandemic, but no jokes are more ridiculous or half-witted than the reality of how that administration and its bovine followers actually reacted to the pandemic. And I don’t think anyone related to those 400,000+ corpses – the highest covid death toll in the world from the supposedly most advanced country – is finding any of this remotely tasteful.

DEATH TO 2020 was released on December 20th 2020, so it’s a testament to how quickly each new felony of the dumbo donald administration becomes dated, as all dumbo’s crimes prior to this point have been overshadowed by the insurrection he incited on the Capitol building just 17 days later, with the help of his white supremacist domestic terrorist base. Which got him impeached for the second time, proving conclusively he IS the Worst President of all Time. And I’m sure more UNBELIEVABLE MALARKY has gone down since I’ve released this text in Feb 2021.

The narration is not laugh out loud, but rather, smartly worded, So there ARE some good lines, like, “At 55, Kamala is less than a quarter Biden’s age” or “Supplies of masks, which – unlike guns – cannot be cheaply and easily manufactured – ran low.” And Leslie Jones is given a good line about the George Floyd murder: “Today bystanders got a camera on their phone… honestly that oughta be the number one sales feature on the iphone – fuck your megapixel display – how about put: ‘exposes police brutality’ on the box?”

Ultimately, 2 directors and 18 writers to produce something no better than any given Stephen Colbert or Seth Meyers monologue. But less than a quarter as funny.