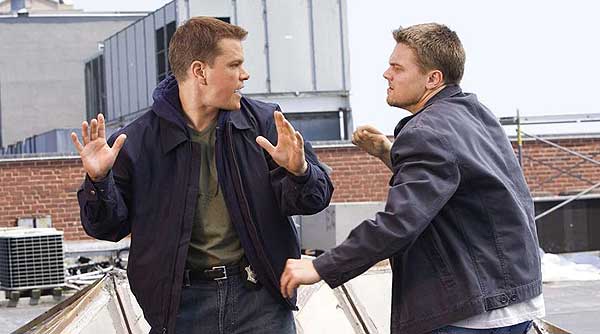 The indignity of being bitchslapped by a bitch…

Cops who are robbers. Robbers who are cops. And a hip hop star synonymous with exposed underpants who steals the show.

A welcome return to form for the premier gangster movie-maker, Martin Scorsese, who bats one outa the park with THE DEPARTED. Ferociously funny, doggedly compelling, a tour de force of gritty production, tightly-wound storyline, sneeringly salty language and flame-throwing acting chops. And there’s Leo and Matt and Sheen and Winstone and Baldwin and Marky Mark. And Jack. All so deliciously at the top of their game that the word Oscar is bandied about this movie as profligately as it is around Sesame Street’s resident Grouch. Deservedly so. 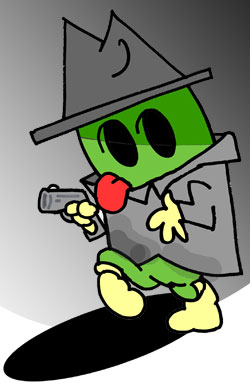 Jack Nicholson is Irish mafia kingpin, Frank Costello, who opens the movie cultivating the trust of a young street kid, who grows to be Colin Sullivan (Matt Damon), a Massachusetts Police Officer whose loyalties lie not with law enforcement, but with his mentor, Costello. Concurrently, Billy Costigan (Leonardo DiCaprio), a former street thug who passes his academy training with flying colors, and who also applies to the Massachusetts P.D., is rejected on the grounds that you can take the thug out of the street, but not vice versa, and is “invited” instead to go deep undercover within Costello’s mafia. Confronting Police Captain Queenan (Martin Sheen), being forced to relive his checkered past, though DiCaprio mines incredible emotive shadings, that scene is definitively stolen by Mark Wahlberg, as the Cynicism juggernaut, Detective Dignam. With this film, Wahlberg comes into his own as an Actor; though his scenes are short, they are as cuttingly sweet as limes and salt rubbed into paper-cut wounds.

THE DEPARTED quickly establishes its triangle of the gangster (Costello), his mole in the police (Sullivan), and the police mole in his outfit (Costigan) – and then sits back and lets the plot twist, as each faction tries to untwist its knickers and weed out their respective moles.Right hand man to Costello is Mr. French (Ray Winstone, almost unrecognizable under heavy beard and faux-Boston accent – given away by his customary élan, i.e. as tender and subtle as a crucifix nail). Under Captain Queenan is Ellerby (Alec Baldwin, in another of this movie’s smallish roles that is eaten alive by its actor – Baldwin gives Wahlberg a run for his money as comic relief scene-stealer). Amongst the battle-scarred veterans, Scorsese chose wisely to insert a “new” beautiful face as female lead – Vera Farmiga, as police psychoanalyst, Madolyn, who moves in with Sullivan and then begins an affair with Costigan (nice!), setting up a tangential triangle which might have obscured the larger criminal drama in a lesser director’s hands, but otherwise only served to verify that old saw, “chicks dig bad guys.”

Sullivan is a policeman, sure, but as a mole for Costello he is inherently a Bad Guy – whether Madolyn knows this or not, she is drawn to his duplicity and callousness. Costigan, though also a cop, is so deep undercover that the street is rubbing off on him in ways that make Madolyn’s pants-suit pants moist – once again, no medals for figuring why she prescribes him “private therapy.” 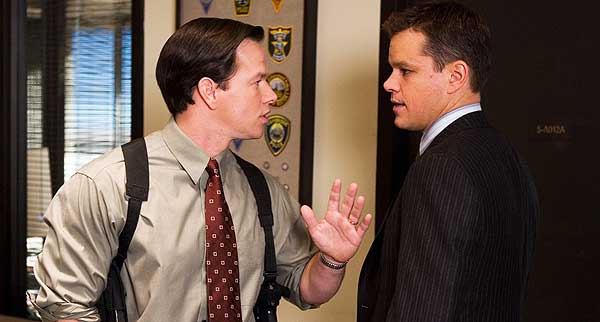 The indecency of being rapped by a rapper…

THE DEPARTED is unmistakably Scorsese, with all the classic Scorsese stamps; his characteristic camera moves, angles and smash-cutting; foreboding or calming source music juxtaposed over contrary visuals, and pulling a depth of performance from his actors that took them places in their heads they never want to visit again without an attorney.

Selling Leo as a hard case in Scorsese’s GANGS OF NEW YORK was only possible because Daniel Day-Lewis sold the movie; here, in their third collaboration, DiCaprio is steaming with mental muscle, street smarts and a spring-wound temper that turbo-charges his screen presence like no other role he has ever attacked. Not only might it be one of his best performances on film, the same can be said of Nicholson, whose conniving and ruthless Costello seems always to be on the verge of either welcoming you as a brother or snapping your spine and appending a pun.

Re-made from a recent Hong Kong movie MOU GAAN DOU, 2002 (INTERNAL AFFAIRS, written by Felix Chong and Siu Fai Mak and directed by Mak and Wai Keung Lau), it is a slight annoyance that Scorsese would insult his audience by performing that patronizing surgical act of re-rendering foreign art for the Great American Unwashed; on the other hand, THE DEPARTED (screenplayed by William Monahan) stands extremely tall on its own merit, not exuding that alarmist stanque of “remake” (OLIVER TWIST, 2005) or worse, “bad remake” (FUN WITH DICK AND JANE 2005), or worse still, “pointless remake” (PSYCHO, 1998).

Whereas Scorsese’s GOODFELLAS showed us the world through the eyes of only bad fellas, THE DEPARTED slews its camera over the wrong AND the right side of the law, graying the line between honor and justice and law and order with its complex layers of hypocrisy. Among thieves, among cops alike, we see honor and duplicity and lawlessness and order.

The worlds are exactly the same. But the chicks dig the bad guys.