The mind of Stephen King is a terrible thing to waste.

The director of DOLAN’S CADILLAC, Jeff Beesley, was told by his agent, “If you can’t knock this movie outta the park, you might as well forget it – go back to pumping gas.” 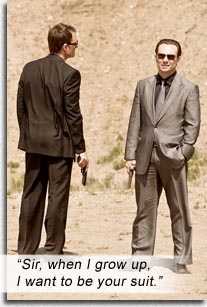 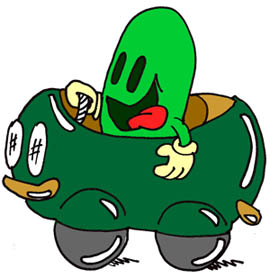 From a Stephen King short story of the same name (from his 1993 collection, Nightmares and Dreamscapes), screenwriter Richard Dooling misses the point completely and somehow thinks he can improve on a writing legend’s plot elements – much like the rewriters of A SOUND OF THUNDER (2005) had the brass balls to think they could improve on a Ray Bradbury story. DOLAN’S CADILLAC – a straight-to-DVD release – is another great Stephen King story wasted onto the small screen.

Dolan is chauffered around in a bulletproof Cadillac as fortified as a tank. In the short story, Robinson uses this fact to entomb Dolan in a highway grave, the first person narrative pathologically taking us through the meticulous life-planning and interesting physics of devising the trap. In the book, the “arc of descent” becomes a blueprint for Robinson’s subterranean trap and a metaphor for his psychological and physical deterioration. While in the movie, the arc of descent is something that Dolan pulls out of thin air while standing at a piss trough. Was that the writer’s metaphor to us?: I’m PISSING ALL OVER STEPHEN KING!

King’s characters are efficiently made two-dimensional by leaden Wes Bentley (whose terrifically vapid performance in GHOST RIDER must have scored him this role) and Christian Slater, getting drunk on Jack (Nicholson, not Daniels). The highway trap is merely a flat drop covered with tarpaulin. No science required.

In trying to extend King’s story to movie length, instead of inserting all those interesting master plan elements, which would have drawn out the time compellingly, screenwriter Dooling puts in banalities: Robinson buying a Dirty Harry gun, Dolan extending his trafficking to children, Chinese mobsters, an FBI guy (Al Sapienza from THE SOPRANOS) and loads of black mascara for Wes Bentley in lieu of acting.

To hear director Beesley speak of his filmic debacle in the DVD Featurette is to wonder whether he has ever viewed his own film: “…extremely entertaining… a great ride… a Saturday night popcorn movie…” And here’s the one that made peanuts fly out of my nose: “At its heart it’s very much an art film.” Choke. Gasp. Bwohahahahahaha!

King’s story was an homage to Edgar Allan Poe’s The Cask of Amontillado in subtle, disturbing ways; story described in detail how Dolan’s highway grave could never be discovered. Beesley’s movie gives us a scene of Robinson shifting a final stone slab into place over Dolan’s screaming face, for the sole reason to echo Poe’s (and King’s) words, “For the love of God, no!” But this final homage is Beesley’s final illogical mistake. The manner in which Beesley’s trap is built is rife for discovery by authorities; the final stupid stone over Beesley’s own face.

Poe and King have assured themselves their places in history. Beesley has assured himself a career at the Shell Gas-N-Go. 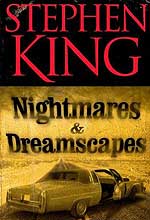 The Cask of Amontillado
by Edgar Allan Poe