Paradise by the Gashed Gored Light.

Elysium (Elysian Fields), Greek mythology:
1) Paradise reserved for heroes to whom the gods had granted immortality. Separate from the realm of Hades, admission was initially reserved for mortals related to the gods. Later, it expanded to include those chosen by the gods, the righteous and heroic.
2) a state or place of perfect bliss.

The year is 2154. It is not good enough for the richest 1% to simply live in gated communities or in suburbs with Heights appended to the name or even on private islands. They’ve relocated off-Earth entirely, to an orbiting space station called Elysium. Simulating the wealthiest environs on Earth, Elysium is exclusive, entitled, enabled, with no war or sickness, each mansion outfitted with a machine that can cure anything from bone breaks, to diabetes and cancer. All overlorded by the impetuous, imperious Delacourt (Jodie Foster, using the Madonna post-Hard Candy British accent).

Matt Damon is Max, a worker bee on Earth, home to the 99%, devolved into a planetwide shantytown resembling DISTRICT 9 (or Downtown Los Angeles). Overcrowding, filth, starvation, theft, murder, and police automatons that enforce the most insignificant laws without any discernment or cognizant thought (you know, like Downtown Los Angeles).

At regular intervals, the sickest of Earth’s bedraggled masses try to infiltrate the guarded space of Elysium, to avail themselves of the magic machines – but these machines only work on Citizens of Elysium, so the Earth people use forged citizenship codes. The metaphors are not lost on Americans – second-class, brown-skinned people piling into a shuttle and bone-rattling it across “the border,” into the sunny land of promise, with forged ID or no ID, disembarking the shuttle and scattering like the cockroaches that Republicans accuse them of being. None make it, as they are mown down by automaton police like the redneck volunteer Minutemen patrolling the U.S-Mexico border. 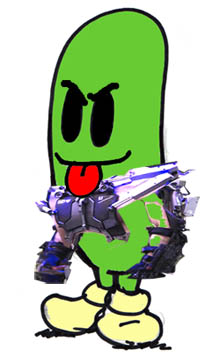 Max, once a respected thief, is trying to make it straight working as a peon on a construction line, ironically creating the steel bodies of the police automatons that continually harass him. He’s also trying to get back in the good graces of his ex (Alice Braga, with a young daughter who can only be cured by an Elysium machine). One day Max is exposed to a lethal dose of radiation (that will make his internal organs shut down in seven days of pain) and his only hope of survival – Elysium. Diego Luna is his good buddy (Diego Luna seems like he’d be anybody’s good buddy – what a nice face) and together they approach rebel activist Spider (Wagner Moura) who “books” guerilla flights into Elysium.Max has no money, but for a monumental favor, Spider will book him passage…

Delacourt has designs on overthrowing Elysium’s government, who are stultifying her from running Elysium as fascist as she damn well pleases. (Faran Tahir plays President Arab Guy… hmm, an Arab as President? Money does buy the presidency!) She commissions a hacker to deliver a chip that will reboot Elysium’s power structure leaving her in charge. The chip is implanted in the head of William Fichtner (as always, supercool as a corrupt businessman). All he has to do is fly to Elysium.

For his failing muscles, the guerillas transform Max into Iron Man (or a… Mad Max?), with an exoskeleton that gives him super strength, enabling Max and a guerilla team to ambush Fichtner’s shuttle, implanting the chip in Max’s Bruce-Willis-shaped head. (What? They can do that? I got no space to explain – just read…) Spider discovers the chip has the power to make everyone on Earth a citizen of Elysium, ergo health care for all, and enough resources for all humans to live good lives. (Are we reading all these metaphors, Republicans, or is it just me and the Obama Socialists?)

So what started as a selfish quest to use an Elysium machine to cure Max’s radiation sickness artfully morphs into the salvation of the world borne on his shoulders (–did someone say Bourne?). At its heart, Elysium is the well-worn class warfare struggle (which dates back hundreds, if not thousands, of movies to METROPOLIS 1927) and tacks on the Jesus metaphor of one man giving his life for the salvation of humankind.

Kruger (the magnetic Sharlto Copley) is Delacourt’s mercenary stationed on Earth, a ferocious manhunter commissioned to eliminate problems before they take to the airspace between Earth and Elysium; so ruthless, relentless and scary that he might as well be Daniel Day-Lewis. Kruger is dispatched – read as unleashed – to hunt down Matt Max and bring back the chip. Even his face being completely blown off doesn’t stop him…disturbing…

Writer-director Neill Blomkamp proves his stellar DISTRICT 9 (2009) was no fluke, the same superb production values and attention to detail that he displayed in that science fiction thriller brought to bear on this one. His dark vision is prescient (customer service automatons with painted smiley faces greeting Max with, “Would you like to talk to a human?”), his political metaphors slam us with the insistency of a finger-poke to the chest (the security on Elysium call the guerilla shuttles “undocumented” – very hip terminology, considering that “undocumented” is the new “illegal alien”), and his action scenes will beat the breath out of your body like an automaton cop (or a regular cop, if you happen to be Black And Nearby). Blomkamp’s story structure is beautifully revealed, with just enough Damon Bourne to keep it kinetic and just enough Sharlto Day-Lewis to keep it blackly hilarious; and Max’s redemption arc is played organically, never forced, ultimately tear-welling. Visual bonus: Blomkamp didn’t need to outfit Damon and Copley with those damn bitchin’ exoskeletons – they serve no utility except to look damn bitchin’.

Isn’t that what the Greek concept of Elysium was all about? A state or place of perfect damn bitchin’.