EXTREMELY WICKED, SHOCKINGLY EVIL AND VILE follows a short period in serial murderer Ted Bundy’s life, as told exclusively from his naïve girlfriend’s point of view. Meaning it tells us nothing.

And the movie follows that old gambit of casting a lovable star in the role of a heinous human being (a la Brolin as war criminal W., Bale as murderer Cheney, Denzel as gangster Frank Lucas, Depp as mobster Whitey Bulger, Wahlberg as gym thief Daniel Lugo, Topher as klansprick David Duke, et al), which skews the whole exercise from the outset, because our allegiances are with the wrong people.

Zac Efron is Ted Bundy. And there goes the movie’s cred. I understand the concept of bankability and box office, but when Hollywood casts stars as criminals, they inspire a level of sympathy for the protagonist that an unknown actor can never procure. And we shouldn’t be wasting our sympathies on sociopaths! In creating this compassion toward the deviants, it negates the sympathies that should be directed at all those who oppose the deviants.

For example, a sheriff (Metallica’s James Hetfield, disappearing into his role) hauls Bundy in and leans into him threateningly, asking questions about other incidents, and we feel animosity toward the sheriff for leaning on Bundy – but Bundy is the actual criminal here!

Granted, Bundy was a good-looking guy, which accounts for Efron’s casting, but find some unknown beautiful actor who needs to up his Q-rating, that would still pull at the heartstrings and panty-linings of women, yet not elicit the sympathies toward the actual murderer that Efron elicits.

Directed by Joe Berlinger, EXTREMELY WICKED plays Bundy as an innocent man, being harassed by the Utah and Colorado homicide divisions (led by Terry Kinney as Detective Mike Fisher) for crimes he did not commit. During the mid-70s, when tales of murdered women were turning up, likely linked, we see him living a normal life of studying law, courting his girlfriend, being in love with his family life, and then burdened with a nasty case of improper incarceration! 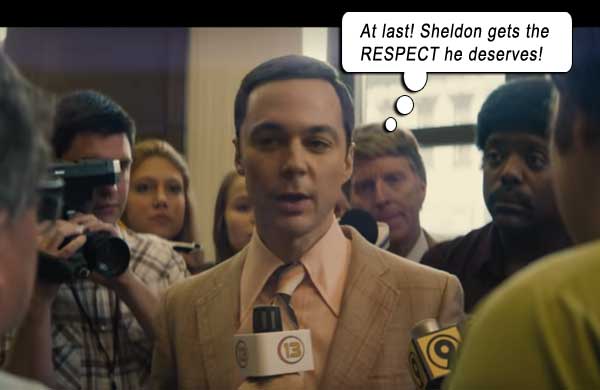 Due to focusing solely on the perception of Bundy’s girlfriend at the time (Lily Collins as Liz Kendall), movie does not actually show Bundy as a murderer – until the very last frames, and then, in suggestive slomo, rather than in the brutal, un-human ways he disposed of his victims. Based on Kendall’s 1981 book, The Phantom Prince: My Life with Ted Bundy (screenplayed by Michael Werwie) the very title of the movie is in question if there is hardly anything “extremely wicked, shockingly evil and vile” portrayed onscreen. Yes, there is a picture of a beheaded body, and talk of Ted’s teeth marks in a girl’s buttocks, and girls missing and murdered, but the movie fails to convey the insanity that went into Bundy’s murders, such as smashing in his victims’ skulls methodically, eating their flesh or sexing their corpses.

Movie starts with a Goethe quote title card: “Few people have the imagination for reality.” (Are they talking about Dumbo Donald voters?) Even though the camera follows Bundy through courtrooms and jail cells, we are seeing only what Liz Kendall imagined was befalling her lovely man. And Bundy’s constant declarations of his innocence (to her and reportedly everyone around him) kept the façade alive.

According to this film, Liz bought Bundy’s alibis of working nights studying for law school; he never mistreated her or her daughter, and his charm kept Liz holding onto the notion that he was being set up, right until the very end. Were her reasons for trusting him as shallow as him being startlingly attractive? I mean, look at the leeway that society affords a hot female teacher that statutorily rapes her male students, as opposed to the vilification visited upon average to repulsive people who do the same. By all accounts, women of Bundy’s era were taken in by his winning good looks, even though fully cognizant he was a convicted murderer, “I get really scared, but he’s really dreamy…”

Haley Joel Osment is Liz’s quietly supportive co-worker, Jerry, who tries to open her eyes to Bundy’s crimes, whilst trying to open her thighs to his advances. Feel so sorry for Haley Joel – once a promising young leading actor, sadly grown into a Not Leading Man, as his weight and appearance relegate him to B-roles such as this, where we do not even recognize him until way into the performance. His eyes seem to have stayed in their same position on his face, while his face grew up around them. 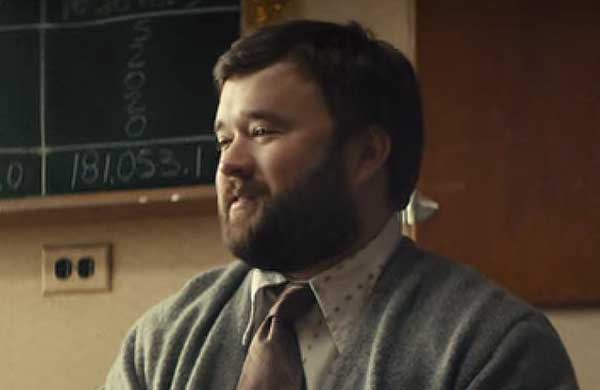 Kaya Scodelario (from the MAZE RUNNER series) is simply smokin’ as Carole Ann Boone (how I love that “70’s Wench” look!). Boone in name, boon in nature, a longtime friend of Ted’s, she slides into being his lover while he’s in jail, while also being his media voice on the outside.

John Malkovich is trial judge Edward D. Cowart, who adds inadvertent levity to his role, making us ponder on whether he may be leaning toward Bundy’s acquittal – as Bundy was, in fact, an excellent courtroom speaker due to his law school background – until he must bow to the evidence presented against Bundy. It is he who says to Bundy, “…it is this court’s reasoned judgment you be adjudicated guilty of murder in the first degree; that the killings were indeed atrocious and cruel, in that they were extremely wicked, shockingly evil, vile, and with utter indifference to human life…” sentencing Bundy to the electric chair, adding, “…You’re a bright young man. You’d have made a good lawyer. I would have loved to have had you practice in front of me…”

Jim Parsons (THE BIG BANG THEORY) is miscast as a prosecutor. Sorry, dude, all I see is Sheldon Cooper…

And Lily Collins – I kept musing on where I’d seen that unibrow before – of course – she was Snow White in MIRROR MIRROR.

As a puzzle-piece of evidence for a broader investigation, this movie (and Kendall’s book) might shed some light on how successful Bundy was in living a double-life, but the fact that it does not outline the very real atrocities of the disturbed person makes it worthless, because it comes across as apologist and skewed. There isn’t even a title card at the end to tell of Bundy’s fate (execution by electrocution in January 1989). There should exist information about murderers like Bundy (so that society is aware of this deviancy in its midst, and how the deviancy is eradicated), but there should be NO TRIBUTES at all. And without any underlying info on why this man is important enough to make a movie about, EXTREMELY WICKED just comes across as a tribute (especially with Zac Efron’s ripped shirtless scenes). Matter of fact, even writing about this deviant is giving him publicity, so I’m gonna stop—