At the time of its release, the original FAME (1980) was out of my demographic – I was too young to appreciate the tribulations of 70’s high schoolers balancing schoolwork and performing arts and aiming for their fifteen minutes. In this tepid remake – now I’m too old to care. 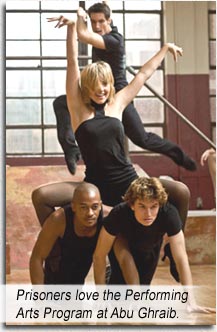 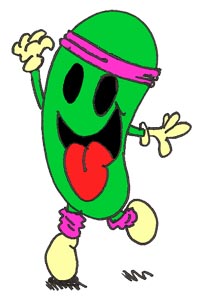 What a frickin feeling!

Kevin Tancharoen helms this rushed production that flits through so many storylines and characters at the New York School of Performing Arts, it implodes with two-dimensionality.

Main character is young, nominally talented Jenny (Kay Panabaker, who looks like she’s still waiting for her period), so inept at the performing arts, we wonder how she ever got in. We discover later she didn’t even sleep her way in, so which authority did her rich daddy pay off? Other characters orbit, trying to cover every angle on parent-kid tropes: the talented kid stultified by parents; the parents trying to channel their kid’s talent in another direction; the kid hiding their scholarship from parents…

We see the cons, the competitiveness, the crises, as film scrambles through Audition Day, Freshman Year, Sophomore Year, ultimately failing to convey the tedium of practice, the long hours of dedication, the added burden of schoolwork, the sacrifices de rigueur in becoming any kind of artist. Well, I guess all these annoying extroverted snots are just looking for “fame” – not art. As evidenced by the impromptu cafeteria jam which will leave you feeling dirty.

Veteran cast (Charles S. Dutton, Kelsey Grammar, Bebe Neuwirth) don’t have much to do except pretend to be teachers, which Grammar of course, pulls off most eloquently – everything he says sounds didactic. After claiming the school is highly coveted, we wonder at the mediocrities who were turned away when tin-eared Jenny plods insensibly through a vocal rendition of Someone To Watch Over Me like a little girl who’s never been touched by either a boy or her pedophile uncle. (People clamor to get into a school that accepts people like HER?) Then pretty-like-a-girl Marco (Asher Book) gets up and sings it like he’s remembering being touched by a boy or his pedophile uncle. Compare their renditions to that of Jean Louisa Kelly (and whoever performed her singing voice) in MR. HOLLAND’S OPUS – an amazing performance sung with the truest emotion of desperately needing a willy in her mouth.

The annoying conceptual mistake all movies of this ilk make: “talent = fame.” No. Talent simply equals talent. The vagaries of the industry denote either landing in the pathway to greatness or nibbling at the periphery. Talent helps, fershure, but is not the magic key to any door.

The Kids playfully harass one of their vocal teachers who proves her mettle at Karaoke (which, to my knowledge, proves nothing more than you’re a douchebag), asking her why she didn’t stick to being a vocalist. Whatever that means – remaining a starving musician, I guess. They infer that inherent talent guarantees success. Or at least fame. As long as you “hold onto your dreams.” This demonstrable bull is so egregious that I let my dreams out of their titanium prison and told them if they wanted to get held so much they should seek therapy.

Yet “hold onto your dreams” is shoved down our throats like a pedophile uncle’s penis, not taking into account that Paul McGill’s character was just told to let go of his dreams, being so untalented he is advised to become a teacher! Those who can’t do, teach, right? But what if HE held onto his dream of being a dancer? Well, he already IS a dancer – just not a “famous” one. And fame is all that counts.

Regrettably true. More people know the brainless Rush Limbaugh than the acute Stephen Jay Gould. There is more fame for the talentless winner of American Idol than for the talented writer of the song he sang. “Failure’ is apparently Not Becoming Famous.

The original 1980 theme song, Fame (performed by Irene Cara, written by Michael Gore and Dean Pitchford) conveyed what it was all about – narcissism. “Give me time, I’ll make you forget the rest / Don’t you know who I am? / Remember my name! / I wanna live forever…”

There’s nothing in this film that captures that egotism. And the urgent disco stylings of Cara’s version are completely ignored, in favor of two of this film’s overactors (Naturi Naughton and Collins Pennie) performing a limp hip-hop rehash as an outro fadeout.

Keep searching for your fifteen minutes, kids. Appearing in this film only means you’re soon gonna be Failed Actors…

Epic Fail… but who’s failing who?
Most of us musicians and composers and music teachers get tagged “wannabes” and “failed musicians” at some point in our lives if we’re not famous enough for the insulter to know us outside of their jejune existence. I will admit we’re “failed” somethings – but not failed Musicians.

Consider: we are not “wannabes” – we’ve BEEN Musicians all our lives; we’re not “failed musicians” – we’re actually “successful” at being Musicians; we’re not “failed professional musicians” – we get paid for what we do (in dribs, drabs, large chunks and larger periods of nothingness). What we are is “Failed FAMOUS Musicians” – through no one’s fault (especially not ours, since – as FAME tells us – Talent = Fame, and we’ve always had the talent) we’ve failed to become well known enough for Jejune to appreciate who we are. Because they haven’t looked hard enough for our Product and/or have failed to purchase enough of it.

We are not Failed Musicians – you’re a Failed Fan.