Not Much Fun with Dick and Jane.

To say that Adam Sandler is turning into a mediocre actor is a compliment of the highest order. To say the same thing about Jim Carrey is a tragedy for American Cinema. 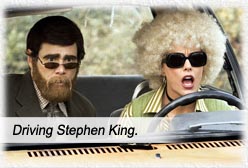 Not exactly a “boring” movie – but FUN WITH DICK AND JANE 2005 (remade from the 1977 movie of the same name with George Segal and Jane Fonda) does not possess enough substance to squeeze out an entertaining review. Somebody wake me when this typing is done…

An upwardly-mobile family suddenly find themselves in a downwardly-spiraling tailspin. Both Dick Harper (Carrey) and his wife Jane (the simply stunning Téa Leoni) are out of work and so down on their luck that they turn to crime to pay the bills and retain their yuppie materialism. And we don’t need more than one hand to count the big laughs.

Veteran television director, Dean Parisot, with writers Judd Apatow, Nicholas Stoller and Peter Tolan, move the film at a breakneck pace, which leaves no time to question the childish plot or examine the one-dimensionality of the characters, coaxing about as many nervous titters and strained giggles as your average TV comedy, with the actors constantly reaching for gags that get away. 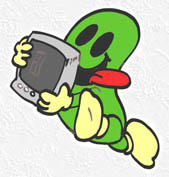 To this point in his career, Jim Carrey has not insulted us with “average” in any of his diverse roles. Even the seemingly mundane THE MAJESTIC saw him produce some of his finest “straight” dramatic moments on film. In DICK AND JANE he is floundering in a script written for a lesser comedian – maybe someone mid-beige, like his co-star from the devilishly wry THE CABLE GUY, Matthew Broderick, but not quite as American Ugly as a Rob Schneider or a Tom Arnold.Carrey’s talents are still potent, evidenced in snatches like the Hendrix air-guitar-voicebox scene, and a scene where he plays a puppet, while drunk (on half a beer), these scenes only highlighting his lack of anything to do in the rest of the movie. He even spoofs his own acting talents in a scene where he reaches such a level of desperation that tears well up in his eyes as he tries to exact reparations directly from his CEO at gunpoint. Not one minute after the intense moment, he is laughingly boasting to his wife, “Did you see how I made my eyes water?”

There are intimations that the recession hindering Dick and Jane finding gainful employment is a George W. Bush phenomenon. But the movie is not a Bush-bash – if you blink, you miss the connection. There are grander issues at stake here – snide contradictions about morality and the ethics of crime.

For one brief moment, Dick contemplates prostituting Jane as a means to get by. Of course, in a PG-13 film, the female is required to act outraged at this suggestion – then she turns to burglary without a moment’s hesitation! Burglary, like prostitution, is illegal; like prostitution, immoral, and like prostitution, demoralizing. Unlike prostitution (which is a misdemeanor), burglary is a felony. (If Dick actually pimped Jane, he would be a felon.) These two desperadoes are painted as Good Christians trying to feed their son and keep their house, yet the same “christians” in the audience who would frown on prostitution, readily embrace burglary as a viable comedic device. Yet, if Dick and Jane are on the route of immorality – “immorality” as denoted by their society’s strictures – they might as well have turned to prostitution as a means to an end, for with Jane being such a magma-hot tamale, she could have easily clocked thousands of dollars a day escorting high-class businessmen, thereby achieving the goal of Quick Cash less illegally.

The movie tells us – snidely, of course – that dressing as a Blues Brother and armed robbing of a bank, or stealing a car and driving it through a jewelry store window is less reprehensible than selling your body. Yet a felony is a crime where harm is done to others and property; prostituting doesn’t harm anyone, hence a misdemeanor. Both are immoral acts – as you yourselves have decreed. So why vilify one and laugh at the other? Prostitution is not more immoral than burglary. Once you’ve crossed the moral line, which authority do you consult for “level” of immorality?

Movie also tells us that since the CEO was stealing money from his corporation, it is okay to steal the money back from him. Two wrongs DO make a right!

And are we to applaud Dick and Jane for being so attuned to each other’s criminal proclivities? One would imagine that if a married couple were thrown into destitution and one partner were to suggest burglary as a way out, the other partner (if they harbored a shred of decency) would protest to the point of defection in the marriage – yet these two are as ideologically bereft as each other, actually enjoying themselves to the point of playing “dress-up” with such outlandishly flamboyant costumes, we not only question their pragmatism, we wonder at their apprehension of morals at all.

In this frenetic film, many other actors somehow also find nothing to do: Alec Baldwin (as Dick’s CEO), Richard Jenkins (as Dick’s supervisor-turned-bum), and Jeff Garlin (out from under the protective skirts of Larry David, as an Office Manager).

A simple comedy for the simple-minded. See Dick? See Jane? No. See Carrey, see Leoni – but in something else.