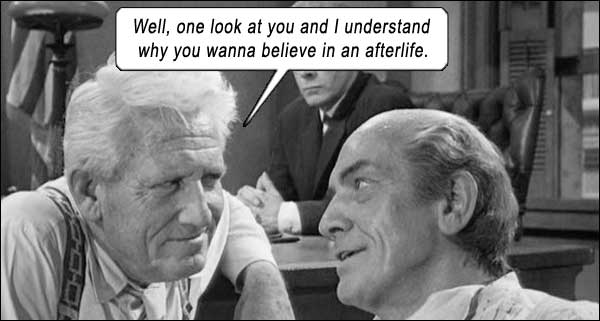 …And the Wind Cries Jesus.

He that troubleth his own house shall inherit the wind; And the foolish shall be servant to the wise of heart.
— Proverbs 11:29

Video stores in Kansas must have burned their copies of INHERIT THE WIND. (Those who don’t know history are destined to repeat it.)

Back when fundamentalist Christians used to carpet-hymn the streets and gather at grassy knolls to filibuster hellfire (at least, that’s how dem ignint folks does it in this movie), the thorny battle of Evolution versus Creation was met in Tennessee at the infamous “Scopes Monkey Trial” of 1925. INHERIT THE WIND is based on that trial and its sociopolitical shockwaves; though it displays kinetic potential, the film falters due to misapprehension of its own subject matter, and characters rendered in hyperbole.

Drummond is summoned to a small Tennessee town to defend schoolteacher Cates for teaching outlawed Evolution Theory, facing off against Brady in a trial which embodied a lot more than just a legal infraction. At the time of the real-life trial, nothing less than the future of intelligent thought was at stake.

In an attempt to test the limits of the newly-instated, controversial Butler Act (of March 1925, “…prohibiting the teaching of the Evolution Theory in all the Universities, Normals and all other public schools of Tennessee… and to provide penalties for the violations thereof…”), the American Civil Liberties Union proposed a “willing scapegoat” to undergo prosecution. John T. Scopes stepped forward as that scapegoat, though this aspect was not made clear in the movie, where we are simply shown Cates (the ad hoc Scopes) being arrested during his biology lesson, seemingly for no reason other than the town being a bunch of Jesus freaks.

Though it is sincere in its debunking of Creationist dumbo-jumbo, INHERIT proves itself more of an entertaining diversion than an historical document whereby, in an artful dodge, the world-girdling, bio-environmental process that it rallies for – Evolution itself – is never explained! By 1960, Evolution was generally accepted as doctrine, so the word “Evolutionist” is used in the movie’s context merely to represent Intellectuals, or Forward-Thinkers, whilst the word “Creationists” represents the Close-Minded contingent. 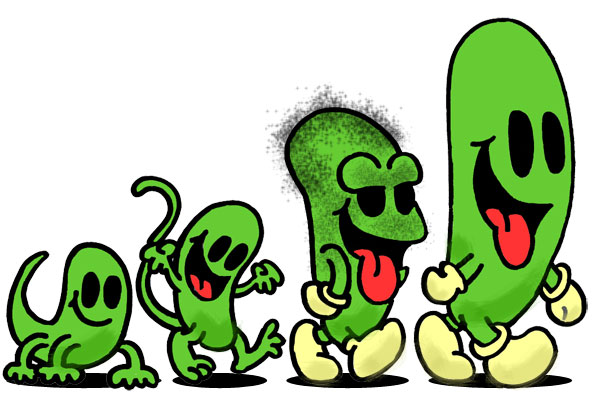 One stuttering schoolboy expounds on an unintelligible version of the process of Evolution, while subpoenaed “experts” are denied their testimony by the court – obviously to avoid bogging the movie with technicalities and esoteric jargon – yet isn’t this “dumbing down” omission exactly what this movie is against? To cry out against ignorance and then to pander to it by not educating is the height of hypocrisy, at least from an Intellectualist’s point of view. Here the movie takes a hit in the Intellectual cahonnes – if only the Fundamentalists were smart enough to see it that way. The irony is that they can’t, and that even if they did, to rail against this movie for “keeping them ignorant” must necessarily grant an admission of ignorance in the first place – a shortcoming which they feel their god has cured them of…

There are no reasons given for being supportive of either camp – you come into this movie as either cognizant of Evolutionary theory or an Ignoramus who believes in talking snakes. And you’ll probably go out the same way…

The movie leans so heavily in favor of Evolutionists (rendering Creationists as blathering, Bible-bent fanatics) that in stacking the deck so obviously, it makes for a less convincing argument for Evolution! Therefore, any “logic” that Drummond displays in the courtroom is cursory at best, because we know the crazy-eyed Jesus-freak Brady is sure to put his foot in his mouth – because the script will make it so! The smart Evolutionists in the movie will gladden their equivalents in the audience and the exaggerated hellfire-filibustering Creationists in the movie will either gladden the fanatic Bible-thumpers in the audience or cause them to be even more averse to the Evolutionists’ message due to the unfair hyperbole. 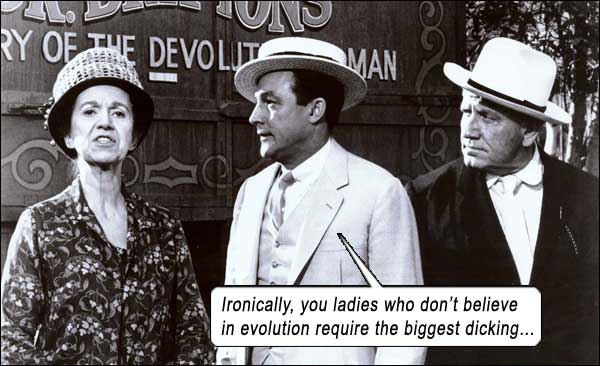 As usual, we’re ALL preaching to our respective choirs.

As every generation must face its own Scopes Monkey Trial (Kansas: the lights are on, but the Intelligent Designer ain’t home), stupidity will never go out of fashion. Thus, neither will this movie.

Performances by Tracy and March are passionate, if not a tad over-acted, with Gene Kelly scathingly loquacious in one of his rare dramatic roles. While Darrin Stevens perfects that look of a man who has just seen a fruity Uncle Arthur appear in his living room with a bathing suit on.

As in the real Scopes trial, the Evolutionist ultimately loses the case legally, but wins intellectually, promoting the ideal of Scientific Method over blind faith. Mirroring real world events, the William Jennings Bryan creationist character has a mental breakdown and is carried from the court – in real life, Bryan would die one week after the trial. The Clarence Darrow evolutionist character would be awarded the last licks, “An idea is a greater monument than a cathedral, and the advance of man’s knowledge is a greater miracle than all the sticks turned to snakes or the parting of the waters.”

Tell that to Kansas.

Nov 2005:
Over the years, Creationism somehow got euphemized to “Intelligent Design.”
Arm your Intelligence against Creationists’ opprobrious designs: