Not the original movie, but probably the best. Director Philip Kaufman’s 1978 INVASION OF THE BODY SNATCHERS remakes Don Siegel’s 1956 movie of the same name, from the 1955 book by Jack Finney. And it is terrifying: Jeff Goldblum’s scarecrow-skinny xylophone ribcage, Donald Sutherland’s style-less white-fro, Veronica Cartwright’s pre-ALIEN whining – oh, and some spores from outer space that replicate humans… 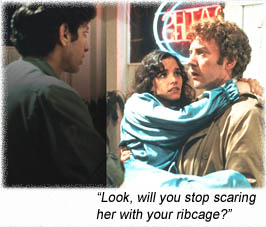 The alien body snatchers are devoid of emotion and submit to a group-think, “free of anxiety, free of fear or hate, or love” (sounds vaguely Republican), and become automatons (yep! definitely Republican) that simply carry around big eggs that hatch the next generation of bodysnatchers/Republicans.

When these spores recreate a human, they destroy the human counterpart, which might explain the American Republican Party in 2009, with the likes of thoughtless ditto-drogues Bobby Jindal, John Boehner and Eric Cantor. Where are the MEN IN BLACK when you need ’em?

Donald Sutherland is a San Francisco health inspector with a white-fro that somehow passed approval with the FDA, heading a small group of humans who evade the body snatchers and fight back.

There is Brooke Adams doing her junior Karen Allen, who lives with her shiftless boyfriend who suddenly becomes un-shiftless one morning, giving away his body-snatched persona; Jeff Goldblum, nerve-janglingly skeletal – but still doing his funny Jeff Goldblum impersonations; and Veronica Cartwright in the panic-stricken mode she would become famous for in ALIEN (1979). 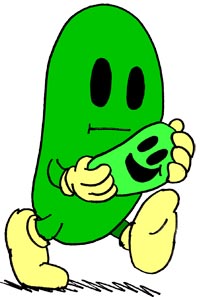 After the plant-like spores are identified as bringing the body-snatchers to Earth, in an exchange with Goldblum, Cartwright voices an interesting point about alien invasions: “Why do we always expect metal ships?” To which Goldblum provides the comedic rejoinder, “I was never expecting metal ships…” Yet the point is excellent, as Finney’s story puts forth a very plausible biological, rather than forceful-frontal-assault method of invasion; like China invading America with knowledge rather than combat.

If you can stretch your imagination that far, imagine Leonard Nimoy playing a psychiatrist, calm, assuring, emotionless. (I know, I can’t imagine it either.) That’s before the body-snatchers take him. Afterwards, well, who can tell?

One by one, our heroes are snatched tragically, with Brooke Adams doing a grand nude scene for her art. And Jerry Garcia cameoing as the face of a dog!

INVASION OF THE BODY SNATCHERS exploits the communism fears of 1955, the “group-think” Orwellian thoughtpolice idiom of forcing everyone to be the same. W.D. Richter’s screenplay is shot through with paranoia and foreboding, with a final scene that chills the blood.

Spock – I mean – Nimoy’s character gives the barest of explanations about the spores: they travel through the cosmos and perpetuate Life wherever they can. Hmm, isn’t that how HUMANS terraform other planets without the consent of the life forms already there?

I guess “invasion” is just a point of view.