A rockgasmic Judas-eye view of the last days of Christ.

Directed by Norman Jewison (FIDDLER ON THE ROOF) and powered by the mountain-leveling throats of Ted Neeley (Jesus) and Carl Anderson (Judas), JESUS CHRIST SUPERSTAR is as reverent as it is blasphemous, as bombastic as it is humble, as god as it is zilla. 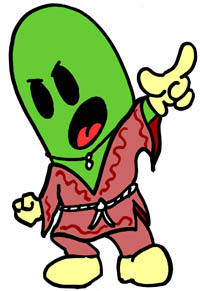 Written by the inimitable team of Andrew Lloyd Webber (music) and Tim Rice (lyrics) and staged as a Grand Play in which all the actors arrive on a tour bus at a desert-swept Israel location, the film opens with an overture that heralds the Players (a disheveled coterie of Haight-Ashbury, flower-power dissidents who were most certainly on The Pot and engaging in The Sex), who parcel out props and pseudo period costumes, intriguingly modern, lending the production a sense of insurrect bravado from the get-go.

As the music builds, on the roof of the bus is raised – The Cross. And the soundtrack launches The Riff – a D-minor cataclysm of chest-beating rock solidarity. With this Riff, Andrew Lloyd Webber found his One Thing. If he never produced anything more in his life, this Riff would remain his legacy to Humanity. If the Old Testament God of Revenge had a riff – this would be it.

As the 60’s groove spasms the Players into decidedly more sexual gyrations, the man who would play Jesus is singled out and bedecked in white – as the Superstar Theme blazes forth like the scintillation of suns. Then all falls silent…

… Judas, a lone figure on a mountaintop, opens The Play singing Heaven On Their Minds, Anderson oozing such raw gusto and riveting intensity that it almost becomes JUDAS ISCARIOT SUPERSTAR right there.

The film’s hook is set: this will be Judas’ story. Thus also is the film’s controversy set – for not only does SUPERSTAR grant way too much credence to someone whom Good Christians regard as one of the killers of Christ, it also acts as apologist for Pontius Pilate (another vaunted Christ-killer, who condemns Jesus only very reluctantly – his “hand-washing” scene a startler); portrays Jesus not only as a screaming rockstar, but as almost too human to command worship (with his chronic doubts and no depiction of miracles); and allows Mary Magdalene (Hawaiian-born Yvonne Elliman) to blatantly consider loving Jesus in the – shall we say – “biblical” sense. Another bone of contention was the movie wrapping with Jesus left for dead on the cross, bookended by the Players boarding the tour bus (sans their crucified pal) and driving into the sunset – unlike all other Jesus movies (KING OF KINGS, THE GREATEST STORY EVER TOLD) which glorified their zombie epilogues. (Well, what else would you call a person raised from the dead?)

Truly a product of its time, when the hippie contingent had reached a zenith in cultural impact (the fashions and attitudes were then “modern” – all that long hair and bellbottomry was real), thereby making it economically viable to produce a musical of this ilk, SUPERSTAR began as a rock concept album in 1970, with none other than Deep Purple’s banshee vocalist Ian Gillan as Jesus and Murray Head as Judas. As heretic as it may be, Neeley and Anderson actually outshine Gillan and Head, probably because having to also “perform” the Play lent wings to their production, reportedly singing at full strength onscreen to retain the legitimacy of their neck-popping passion, for all the world looking like they are being recorded as they vocalize, the synch being that good, even taking into account they rarely sing “on the beat.”

The two mainstays are estimably supported by Elliman (whose I Don’t Know How To Love Him was a chart-topper), Barry Dennen (as a perfectly petulant Pontius Pilate), Larry Marshall (as Simon), Bob Bingham and Larry Yaghjian (as the imposing basso priest, Caiaphas, and the heel-yapping tenor, Annas, respectively), and a ragtime, flower-child performance by Josh Mostel (Zero’s son) as Herod. 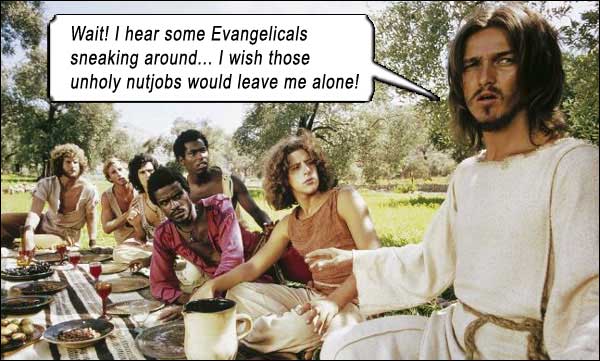 The remarkable gelling of Tim Rice’s insightful lyrics with Andrew Lloyd Webber’s rock score (reminiscent of every late 60’s group, from Purple to Uriah Heep and Zeppelin, with orchestral backing to jog it into “stage musical” territory) is the genius behind this morbid tale of a dead ex-Jew our grandparents prayed to.

Ted Neeley’s Gethsemane still raises the neck hairs, and by the 5/8 climactic orchestral interlude, I am almost praising a god I long ago realized was a figment – for the sheer ground-shuddering talent of those who brought this deified figure’s political odyssey to musical fruition.

From hearing it at every school play, to all your older friends owning the soundtrack, the final bountiful Superstar theme, all 70’s glam and 60’s groove, has become so ingrained in our culture that it cannot but conjure memories of a more carefree time. With Anderson’s dambusting vocals burning down one side and his haughty sirens in angelic-white bikini-leotards slinking vocal support, the movie’s title track is a bombastic fanfare of youth and joy and searing sexuality, yet daring those pertinent questions that every Christian should – but is encouraged not to – ask: Who are you? What have you sacrificed? Did you mean to die like that? What makes you better than Buddha, Mohammed, other religions? Every time I look at you I don’t understand why you let the things you did get so out of hand…

Leaning on the universal language of music, rather than religiosity, for its thrust, JESUS CHRIST SUPERSTAR continues embedding itself into the culture with each passing year; each passing decade furthering its status as awe-inspiring “classic,” defiantly standing as THE “Jesus film” that will never lose its potency.

Religious Freedom: oxymoron.
I remember the first time I heard that synchronized clap in the 7/8 bridge of Heaven On Their Minds. I couldn’t believe what I was hearing! They were letting these filmmakers get as Hippy As They Wanna Be. It was the sound of flower power and sexual promiscuity; it was the sound of this generation, not some old farts speaking in British accents to sound Roman; it was the sound of Pan seducing us to frolic naked in the forest with witches. For the first time I “felt” what the old priests and rickety politicians spoke of – real freedom, a soaring of the spirit. But was it “religious” freedom as they knew it, as prescribed by their stunted parochial beliefs? Of course not. It was true freedom, wild abandon. And from that point on, I saw the phrase religious freedom as the oxymoron it ultimately was and is. So much more naked frolicking in the forest with witches to do…

Jesus Christ Superstar
DUNMORE RANT:
CALL ME GOD
(and I’ll still respect you in the morning)