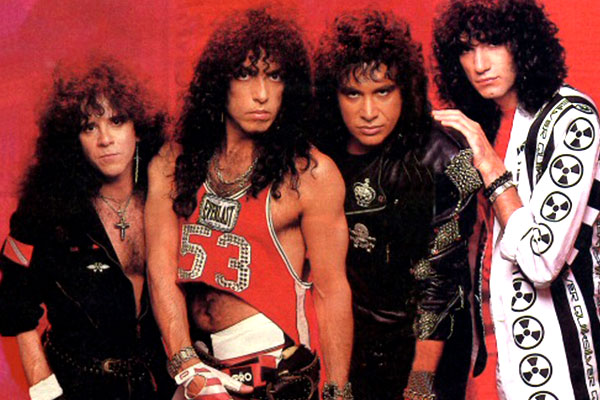 Crazy, Crazy Fluff. No No No Thank You.

razy Nights, the 14th studio album by KISS, and the fourth in a row to be certified Platinum, is the Unmasked of the unmasked era – the guilty pleasure.

Crazy Nights is an anomaly in the KISS discography. Sandwiched between two heavier albums, 1985’s Asylum and 1989’s  Hot In The Shade, Paul Stanley, Gene Simmons, Bruce Kulick and Eric Carr turn out their “fluffiest” ever hard rock album, emulating the inferior 80’s glam-metal that they themselves influenced (bands like Cinderella, Y&T, Warrant). Filled with filler and flooded with keyboards, we must tease out the few well-constructed ditties amidst this jungle of bungle.

When I heard the first single, Crazy, Crazy Nights, my face fell. This bland, soft-rock trash was what KISS had degenerated to after the heavy duty Asylum? But after a few listens, it becomes apparent why Paul Stanley is one of the most underrated pop music writers in the world, as the riff, like a break-in groupie, grabs at you in the shower and won’t let go.

Flooding an album with keyboards is not in itself a bad thing – hell, every Deep Purple Mk II album is flooded with keyboards that can slice your spine in two – but these Crazy Nights keyboards are sugary cloud-puffy faux-string pads, glutting your nasal passages and blocking the arteries to your heart. And though the album’s front cover boasts a tough, primary-blue, cracked-mirror effect, on the back cover, we see Paul is wearing an electric blue thong. Oh, my eyes cried after that one – from laughing so much.

However, after our gaydar stopped doing the Macarena, we settled into salvaging the guilties and rationalizing Paul’s and Gene’s bad decisions: Those keyboards were there to sell sell sell to a public buying Van Hagar, Bon Jovi and Whitesnake Blonde; the new convention was powerpuff. So if we just ignored those gloss pads, we’d hear the tank-treads they were resting on, gearing these songs forward. Especially notable in this department: I’d Fight Hell To Hold You, My Way and Turn On The Night (the latter, one of my personal favorites from the non-makeup era), where the riffs and Paul Stanley’s skyscraper vocals still shine under those godawful 80’s string patches.

Stanley’s Bang Bang You and Simmons’s No No No are merely failed attempts at anthems – Bang ripping off the riff of the song two songs before it! What the–? This is why movies have continuity supervisors. Bang is like the unformed missing-chromosome version of Crazy, Crazy Nights. 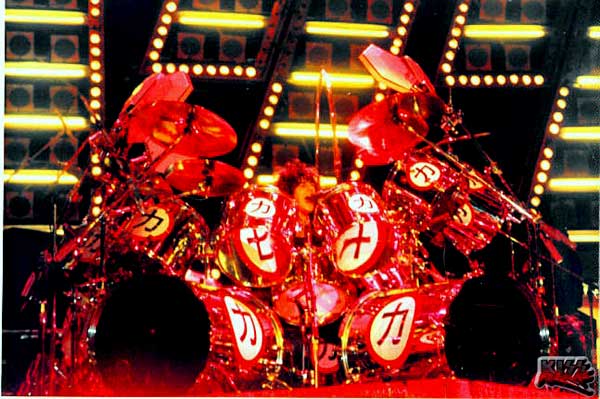 Guitarist Bruce Kulick, solidifying his place in the KISS fold with this second full album appearance, gets in a few co-songwriting licks on many songs, and 8-year drumming veteran Eric Carr scores a co-writing credit on No No No. Desmond Child co-writes, as do a variety of others: Adam Mitchell (Olivia Newton-John), Bruce Turgon (Foreigner), Davitt Sigerson (The Bangles) and Grammy winner Diane Warren (Celine Dion). Once again, we clearly see KISS consciously employing a spectrum of differing styles to keep them ever-fluid, ever-popular, ever-current. Even the hiring of Ron Nevison as producer was on the strength of his recent successes with Ozzy Osbourne (The Ultimate Sin, 1986) and Heart (Bad Animals, 1987). Unfortunately, this album suffers from too many cooks…

I once worked with a producer who opined Simmons was “maybe the worst – no, THE worst bass player in rock.” He’d obviously formed his opinion after hearing only mid-80s, derivative chuggers like Gene’s offerings on this album, Hell Or High Water, or Good Girl Gone Bad. It’s unfortunate that Gene did not care enough anymore to employ his “horn section” technique that used to keep his lines intriguing.

During the Crazy Nights tours/videos, the band at last standardized a colorful yet cool stage image; their costumes a mix of leather, custom tops and fancypants, definitively eschewing the womanly look of Asylum.

They had performed all their Asylum videos on studio sets, so we never got to see how gargantuan their onstage KISS logo had become for that tour. All the Crazy Nights videos are performed on the KISS live stage and feature the logo in all its two-storey glory, filled with its own complement of parcans and blinders – so gigantic, it’s about to achieve artificial intelligence and start doing its own lightshow.

Turn On The Night. A riff reminiscent of David Lee Roth’s 1986 Goin’ Crazy, and a video that followed that song’s ethos (glossy, action-packed and fancypants); with Eric Carr’s mile-high hair, pounding his heart out and screaming joyously into the mic during choruses, drum kit emblazoned with chikara; Mr. Paul’s cute stepping along following the tracking cam (0:08, 0:58, 2:27), this frenzied guilty saved this album singlehandedly.

And that golden voice! Listen to the clarity and power and just plain precision of hitting those notes in this high range.
0:26 — I love how he shapes his throat on the word “than any OTHER guy” – the way it attacks, rather than slides in from the word “any”; most vocalists would slide the two words together: “any-yuther.”
0:36 — the climbing notes on “know it – show it” – brilliant.
1:13 — “show me what you want – show me what you need” — again, the attack! and then “fire below” – that little fry on the word “fire.” The vocals are mixed perfectly, but I sometimes wish we could hear ALL Paul’s vocals soloed to appreciate just how good they are! A single tear, for that epic throat…

Stanley’s Reason To Live is the big MTV fave. Why? Because it sounds like Foreigner. I Wanna Know What Love Is right back atcha, Paul! The necessary 80’s power ballad, cup runneth over with stringpad (with Bruce miming keys in the video – bwohahaha! – Is this KISS or Air Supply?). Epic chorus, soft-focus video, toy Porsche on fire… While Paul is in the best vocal form of his life, and looks like sex on the padded-boot hoof, Gene, though opting for sensible leathur instead of the garish flummery of Asylum, still looks a little out of place with that glistening poodle ‘do (with a nod to his former evil persona emblazoned on his bass guitar).

Jesus (and the KISS Army) wept… 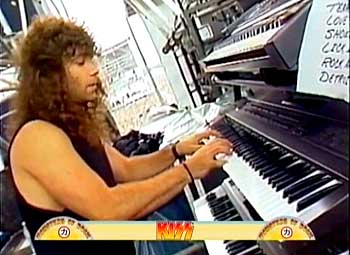 Gary Corbett joins KISS informally as offstage keyboardist/backing vocalist on the Crazy Nights Tour. (He would later join Paul Stanley on his solo tour in 1989.) For some reason, Bruce fingered basic keys onstage during Reason To Live while Gary still held up the main parts offstage, as he did with all the other songs. It just seems strange that Bruce had to pretend he was doing all the work on that particular song when so many others were pumping invisible keyboards…

And Gary wasn’t a KISS fan. When he was hired, he was told he’d have to learn selections from the band’s full repertoire. They asked him how many songs off Crazy Nights he knew, “None of ’em.” They asked him how many albums he needed to learn certain songs, “All of ’em.” How do you even GET a gig that tasty? If they had asked me those same questions, it would have been exactly the opposite answers, How many songs off Crazy Nights do you kn–? ALL of em; How many albums do you ne–? NONE of em. 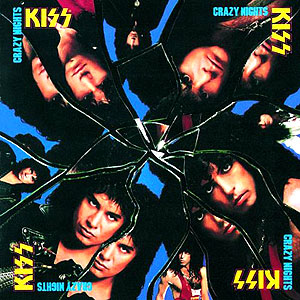 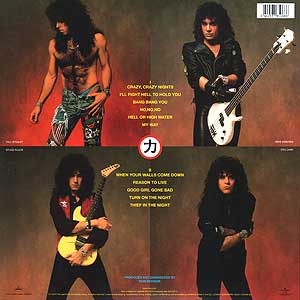 Turn On The Night ♦ KISS (video)

My Way ♦ Paul Stanley (isolated vocals)
A celebration of one of the greatest voices in rock and roll! Stanley’s vocals isolated, no auto-tune, no pitch correction, no bv, no string pads, just straight up throat and expertise and passion. The highest note he hits is an insane F#5 (at 1:58; the same note is at 3:03 on the album track below). It’s like he’s challenging himself, and simultaneously making us feel like the mere mortal dorks we are.