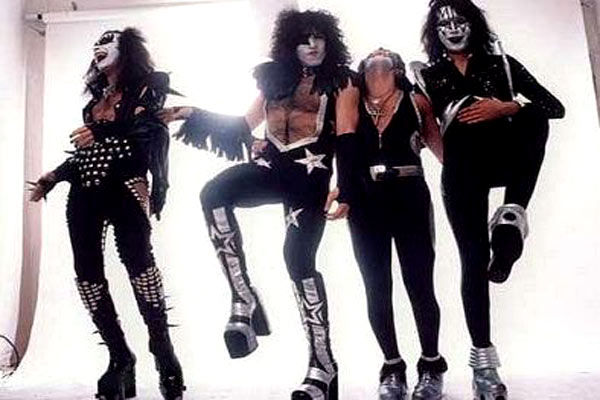 So let’s Write an Anthem Right, and Pawdy Evv-ree Day!

s I write, it’s October 2015, and we’ve all read KISS frontman Paul Stanley’s book Face The Music: A Life Exposed — oh, you haven’t yet? I suggest you do, Outlander…

I will beg forgiveness from the outset here, because any re-listening to this particular album stirs only rose-colored memory; I hear the rocking Room Service and I’m back in my parents’ house, on my dad’s crappy record player, turned up as loud as it could go without sparks flying out of it. In my head, I could even hear the lead-in groove as the needle kissed the vinyl – and then those five power chords into the first Paul Stanley song from Dressed To Kill…

But so what if I dig it? Isn’t that what music is s’posed to do? Who said we have to be “objective” when it comes to art? Isn’t any review of art a commentary on how that art affects you? Besides the technical, physical side to art (i.e. all painters must work with paint, all musicians must work with notes, all writers must work with words), there is the intangible, the way the artist has manipulated those same physical things to produce something unique that moves you.

And Dressed To Kill moves me in that worst and best of ways: transporting me nostalgically to that small lounge room in Auburn, New South Wales; sometimes my little cousin is with me, music blasting and strumming tennis rackets; youth lost, dreams dead, [single tear] – ahem – Right, get on with it!

There isn’t a dud track on the third KISS album, released in February 1975, exactly a year after their first album, and only four months after their second, Hotter Than Hell – ! 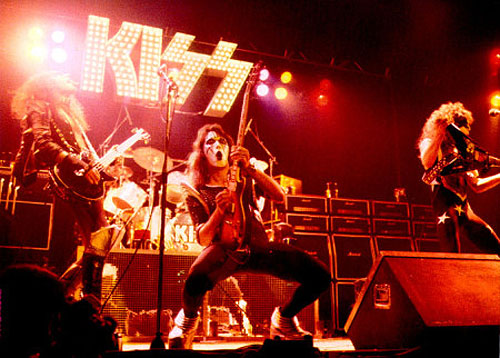 Room Service gets it off to a jaunty start, with a bassline that Gene Simmons treats like a horn section (that’s his “secret” to keeping it engaging), followed by Simmons growling/ straining his way through two more songs about pussy, Two Timer and Ladies In Waiting. Then drummer Peter Criss tells us he’s gotta gotta gotta Getaway (the song that provides the ending to the live version of Rock And Roll All Nite).

KISS strays from the heavy, with an uncharacteristic plucked classical guitar opening for the steaming rocker Rock Bottom. Once the crunch begins, the bass line once again proves Simmons is not your average lazy bass player, never contentedly sitting on one thumping note, always walking here, rising up there, keeping it fluid and interesting. Another powerful aspect of KISS songwriting becomes apparent with this third album: we can sing all the lead guitar solos note for note. Meaning they are not meaningless shredding noise – they are little catchy songs unto themselves. Listen to this song’s solo: the gaps are as important as the notes. Most people would credit only lead guitarist Ace Frehley as the mastermind behind this marketing tactic, but years later we would learn it was a band policy to compose only memorable solos. Frehley had that innate ability (which is why he fitted the band so perfectly in its heyday), but Simmons would openly complain of having to coax that ethos from successive guitarists, to stop them sounding like angry bees.

Side 2 opens with the well-constructed C’Mon And Love Me. As we’ve discussed, it’s not just about a Starchild stalking puss, it’s also an ontological importuning by the man behind the mask. In the 1967 movie BEDAZZLED, Dudley Moore wanted so desperately to be with a girl, he made a deal with Satan to make him a rock star; his song is a desolate yawp, “Love me!… Love me!… LOVE me!” hilarious in its simultaneous satire and pathos. The outro choruses of Stanley’s song start sounding like Dudley’s desperation! “Come on and LOVE me!… Come on and LOVE me!” Which reminds us of another Moore film, ARTHUR (1981), where Dudley’s millionaire playboy, who could get laid at the drop of a martini, asks a hooker, “Do you like me?” She dismissively replies he is cute. And he repeats, “Yes, but do you like me?” Stanley is the same sad clown: a rock star, on tour for 3 years, could get laid at the drop of a plectrum, yet beseeches, “come on and love me.” Of course, the word “love” is used in its “biblical” sense here. However, juxtapose BEDAZZLED, this song’s outro choruses, Stanley’s tell-all book, and ARTHUR – and C’Mon And Love Me becomes a case study on so many levels, of neurosis expressed through art! 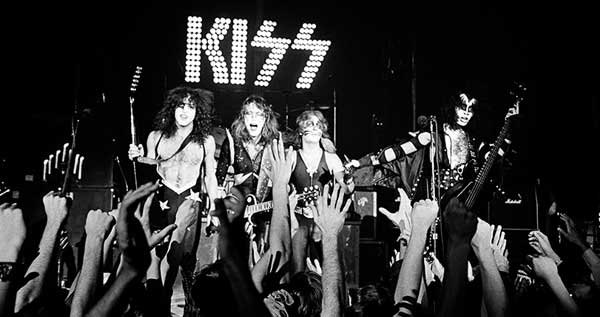 Anything For My Baby is one of Tommy Thayer’s favorite Paul songs, because of the closed-throat screech, the passion, the wanton energy that the Starchild puts into each line of the choruses: “I would steal–” “I’d wheel and deal–”

On the Simmons grunger She, you might recognize Ace Frehley’s solo – the first passage copied almost note-for-note from Robby Krieger’s solo in The Doors’ Five To One. (Imagine my surprise when I heard this solo again in 1991 – in Alive, from Pearl Jam, guitarist Mike McCready openly admitting to copying it.)

Album production is “light-handed” – in that the sound is clear, thin, almost subdued. Not glutted with delay, reverb or even too much distortion. It’s brilliant in its own quaint way. Casablanca Records president, Neil Bogart, played the role of producer, not because he was especially talented at producing, but because the record company had run out of money promoting their first signed act, KISS.

Bogart tasked Simmons and Stanley specifically to write an anthem. The Lennon and McCartney of marketing came up with that catchy little ditty Rock And Roll All Nite…

And all stadium singalong breaks loose.

The song would only reach its full potential when re-released as a live version from their next record, Alive! But here is where it all began, in cardboard drums and a veeery young-sounding Simmons, with crew members and band friends adding to the multi-voiced chorus. And me and my little cousin playing tennis rackets… 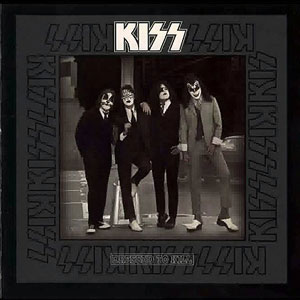 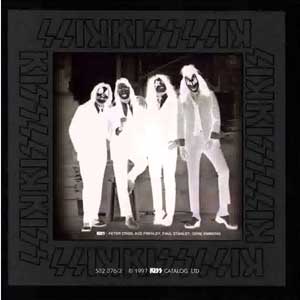