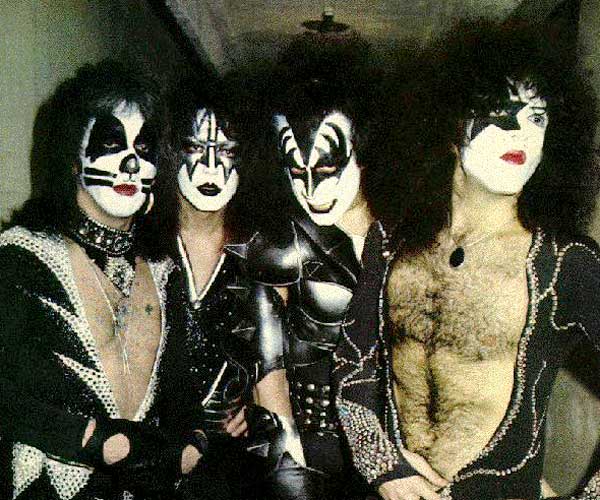 he ramrod powerful 5th studio album from KISS, Rock And Roll Over, puts them over the top. Critically acclaimed, platinum status and #11 on U.S. Billboard charts. Without the Western World realizing it, this band from New York (Paul Stanley, Gene Simmons, Ace Frehley, Peter Criss) with the painted faces and the firebomb concerts had become, if not the biggest band in the world, at least the most well-known and infamous, headlining concerts, selling out arenas and pulverizing pussy.

Paul Stanley relates a story from around 1975, when he peeked out from backstage at the ocean of people filling the arena KISS were about to perform in. Sensing imminent fame unimaginable, his cautious, excited thoughts were, “Hold tight! The rollercoaster is about to begin.” KISS were now riding that rock and roll over-coaster with white knuckles.

Eddie Kramer produces an album so hard-hitting, with such great guitar tone and rich, full drum sounds, with so many catchy melodies, that people forgot how badly the first three KISS albums were mixed. The big powerful “sound” on Rock And Roll Over became “the” KISS sound.

Iconic cover artwork by Michael Doret (who would be called on to recapture this circular momentum on KISS’s 2009 album Sonic Boom).

Onstage, KISS would start using what would become known as the Love Gun stage – rising drum riser, moving platforms and lighted staircases – which would gain infamy on the inside gatefold of Alive II. A testament to what Mankind can achieve if demons and spacemen put aside their differences. 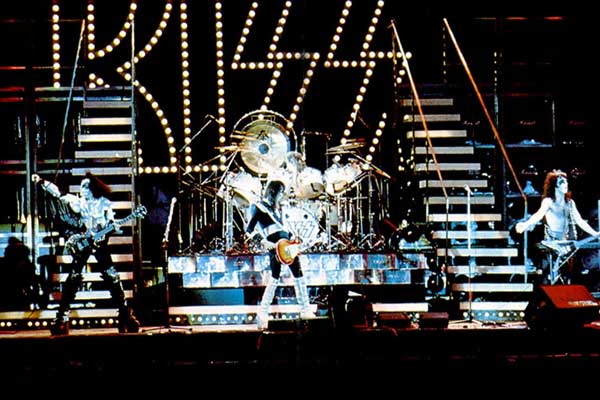 Which band are we watching? I can’t see… the stairs are blocking the–

I Want You. The speed-metal of its day, Paul’s frenetic opening track is indicative of the album’s sound and thunderous production. I especially love the second ramp into the chorus with the flanger on the guitars!

The band recorded a live (mimed) promo for Don Kirshner’s Rock Concert in May 1977, which provided them with video clips (before they were called video clips) for I Want You, Hard Luck Woman and Love ‘Em And Leave ‘Em. In the I Want You video we can clearly see why fundamentalists were up in arms over KISS’s demonic bent – I mean, just look at Simmons! Can any of us modernaires truly imagine what it must have been like to see this snake-god twitching in orgasmic fury like that in 1977?! There was Elvis and his pelvis, Jagger and his swagger, but all that was just sex. KISS was staining your very soul!

Take Me. Paul again, on another thrasher, with some of the most subtle lyrics he’s ever penned, “Put your hand in my pocket / Grab onto my rocket…”

Calling Dr. Love. The jewel of the album. With its gapped riff, ghost notes drum pattern and – COWBELL! – we can hear the craft that went into the arrangement of this lecherous Simmons prescription. “So even though I’m full of sin / In the end you’ll let me in…” One of Frehley’s most fitting moaning-screeching solos. “So enter please / Get on your knees / There are no bills / There are no fees…”

The cool swing of Simmons’ Ladies Room. Here’s a little-known fact: We take it for granted Gene is simply repeating the word “meet” in the Chorus to make it fit the meter of the song – “Meet, meet you in the ladies room…” – but according to the original Rock And Roll Over sheet music (from 1977), the lyrics are, “Meat, meet you in the ladies room…” – that’s “M-E-A-T, meet you…”

Ladies Room is such a simple, laid-back rock and roller, yet has all the dramatic production elements that any young band could learn from, on how to  build interest in a song’s component parts. For example:

As Paul says on Alive II: “If some o’ you girls wanna get yourselves KISS – meet us in the ladies room!” Yes, Gene will definitely meat you in there…

Stan Penridge (writer of Beth) smarms another song onto a KISS album via Peter Criss – Baby Driver. What the hell IS that anyway? A drug? A sex term? Well, it’s about Penridge’s and Criss’s former Chelsea bandmate, Mike Benvenga, and his Alpha Romeo Spider, but could it be what I’ve always suspected in my mind’s eye – a baby at the wheel of a semi-trailer? Over the iron-chunk guitars, Criss delivers a raunchy, spit-filled vocal: “Go baby driver / Be drivin’ on down the road / Oh, what a rider / Carryin’ such a heavy load…” That’s a baby driving a semi-trailer, right?

The insistent dirty riff of Gene’s Love ‘Em And Leave ‘Em opens Side 2. In the video, we see the band use their infamous Love Gun stairs, with Simmons on fire like a crouching tiger leaping dragon. Ace laser-drives a remarkably efficient solo, while Paul windmills, and Peter storms forward, creating the urgency of the song by hitting the snare ON EVERY BEAT.

It’s amazing to see these guys so young, with such unbounded energy. To all the whiners and haters – this was why KISS became the biggest band in the world. No, you can’t hold that crown forever, but to achieve it for one brief shining moment in time is an achievement few humans will ever comprehend.

The straight-ahead bluesy rock and roll of Paul’s Mr. Speed gives us more sexual arrogance from the Lover (“…Cause you ain’t enough lady / to keep the master satisfied.”).

See You In Your Dreams is throwaway, although Simmons treasured it so much, he re-recorded it (unnecessarily) for his solo album in 1978. 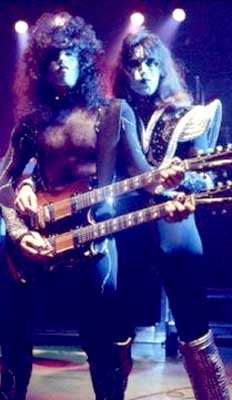 Hard Luck Woman. We knew back then about Paul writing this country-styled song for Rod Stewart, though “giving it to Peter” cos of his bluesy rasp akin to Stewart’s. What would only come to light years later is that Rod really didn’t want the song anyway from this young songwriter. But I think this whole issue has been conflated and confused. When we hear “Gene said to keep it for themselves and get Peter to sing it,” it sounds like Stewart was begging for it. It’s all conveyed so stupidly just for dramatic reasons. As we’ve seen over the years, Paul just likes to write in different styles. Did he ever even try to market the song in Stewart’s direction? Or was it just a case of Gene and Paul looking at each other and saying, “That sounds like Rod Stewart – it’s like you wrote it for him,” and then that story conflating? Who knows?

In Paul’s autobiography (Face The Music), we would also learn of Paul singing a scratch melody line on Hard Luck Woman, that it took Peter a thousand takes to emulate. For someone who prided himself on being a street rock and roller who had “paid his dues,” Peter had no ear. We would only hear the end results though and Hard Luck Woman, with its 12-strings, walking bass and subdued drums, was a Top 20 hit.

Makin’ Love. The chunkiest syrup ever, the album closes on Stanley’s driving, diabolical racecar in the red. Though it’s been likened to Zeppelin’s Communication Breakdown and Aerosmith’s Toys In The Attic, Stanley’s double-low-octave single-high-octave guitar pattern is THE quintessential heavy metal riff, that would give Iron Maiden the basis of their career.

That rock-and-roll-over-coaster was screaming through the loop-the-loops. It would go higher, and higher still, before it would hit that devil’s curve in 1979 and go off the rails. Who let that baby drive? 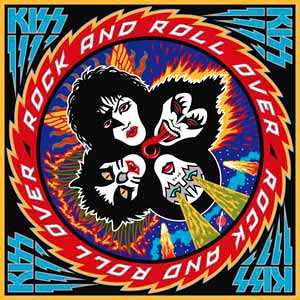 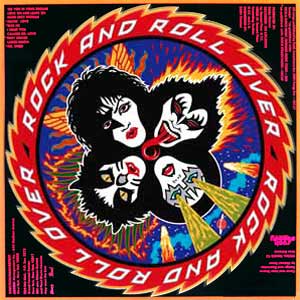