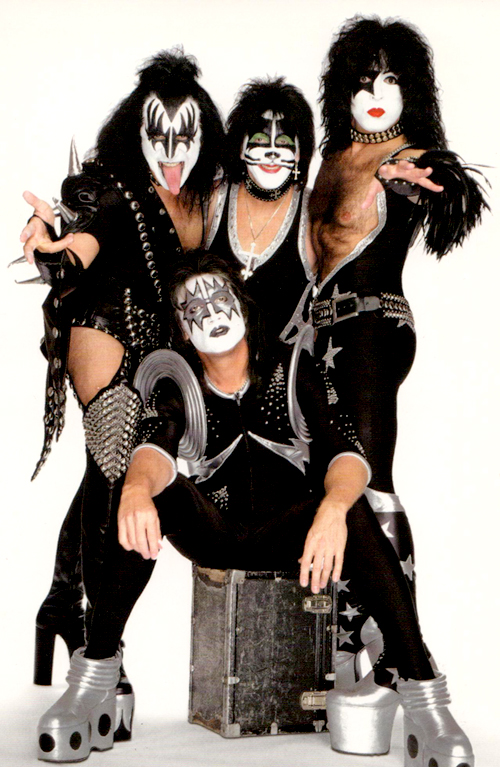 Rock and Roll Over Beethoven.

ISS versus The Melbourne Symphony Orchestra in a battle to the Bach.

KISS Symphony: Alive IV is sold in a One-Disc or Two-Disc format, the single disc version omitting a few songs (tabulated in the sidebar). 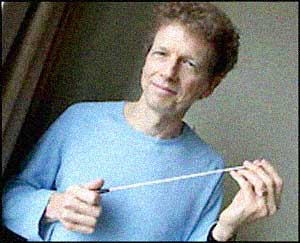 It’s a magnificent concert, hearing classic KISS juxtaposed with classical instruments! The audio is excellent, the vocals are tight, the playing is generally good (although the average to hideous drumming brings the whole production down in many spots) and the overall uplift from the MSO (conducted by a game David Campbell) is truly awe-inspiring. For any KISS fan, KISS Symphony is a unique once-in-a-lifetime gem.

KISS SYMPHONY: The DVD of this concert is reviewed here by Poffy The Cucumber.

The biggest regret that Paul Stanley and Gene Simmons might have over this fantasmagorical pairing of musical and showmanship giants is that they let a pussy play with them. Peter Criss, who was OUT of the band, somehow smarmed his way back in – replacing the thunderball Eric Singer, no less! – for this Very Important Gig. And proceeded to ruin it with his infantile baby-chops and debilitating lack of prowess. 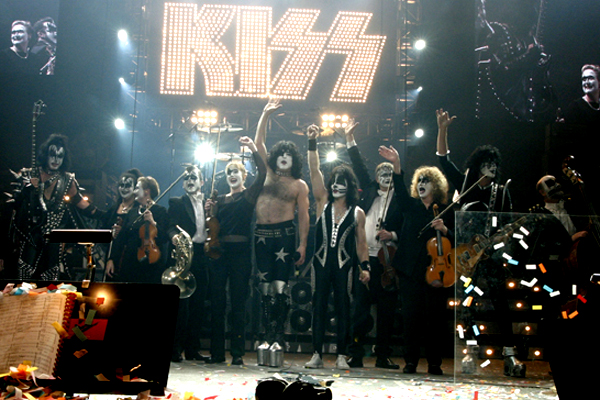 Rock and Roll and Classical; turns out this stage IS big enough for both of us…

After this album and tour, KISS would solidify their lineup for the next decade and beyond as Gene, Paul, Tommy and Eric.

And all irrelevant whining breaks loose. A clique whom I call the KISS LOONIES come out of the woodwork and stay out of the woodwork, camping on social media like the freak-knuckled outkasts they are, soiling the superhighways with their rotten egg gasbaggings. The KISS LOONIES are the “Ace-Peter-Gene-Paul” brigade. Will accept KISS No Other Way. To them, Ace is THE guitarist and Peter can actually still play. They will – not – relent posting their mindless gunk over any forum, against any kind of reality. You can show them video of Peter rushing and slowing; you can show them video of Ace making mistake after mistake; refer them to stories of Peter’s insane idiosyncrasies from verified sources; refer them to all the times Ace arrived late or missed tracking sessions; you can show them actual quotes coming out of Ace’s and Peter’s mouths, how they themselves don’t want to be in the band anymore — makes NO DIFFERENCE to these klods, who maintain that KISS should still have these two unprofessional, ungrateful ex-members in the band. They endlessly whine on modern KISS forums that KISS stopped being KISS – and that they stopped listening to KISS – once the Originals were no longer together. Well, why are you telling us this? Go keep spinning the Classic Six and shut the fuck up! KISS and the rest of the world have moved on. Makes no difference. The KISS LOONIES continue to be the greatest bane to sensible KISS fans the world over…

You’re probably wondering: Why does the album rate 8-Cukees and the DVD only rate 7-Cukees, when they are both the same gig? Easy: The video is poorly directed. One would think the added icing of the video would raise the enjoyment of the gig, but – besides the cool Behind The Scenes segments and the fact that we can see the thunder and lightning KISS show – the bad direction only serves to promote eye-strain not unlike any given TRANSFORMERS movie.

alive: four or no? 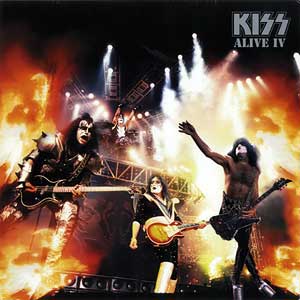 Is KISS Symphony really Alive IV? Yes. But not exactly. A live gig was taped (on December 31, 1999 at BC Place Stadium in Vancouver, Canada), which was intended to be Alive IV, with the original lineup – but politics concerning labels swallowing other labels shelved that album. The cover art you see for that album (of live shots of the members in front of a yellow fiery background) was actually created, ready to go.

After Frehley’s departure, the Symphony show started to take shape, and it was decided to subtitle it “Alive IV.”

Eventually, the original tracks for Alive IV (with Frehley and Criss from 1999) did get released in 2006, in a box set called Kiss Alive! 1975–2000, containing all three Alive albums plus the fourth Alive – now called ALIVE: The Millennium Concert.

The confusion never stops around here… or the whining… 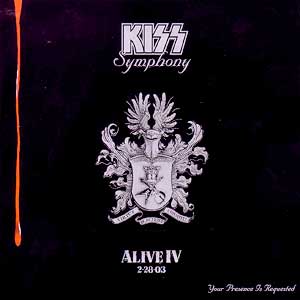 DISC 2
ACT III: KISS with MSO
Detroit Rock City
King of the Night Time World
Do You Love Me?
Shout It Out Loud
God of Thunder
Love Gun
Black Diamond
Great Expectations
I Was Made for Lovin’ You (not on single disc)
Rock and Roll All Nite 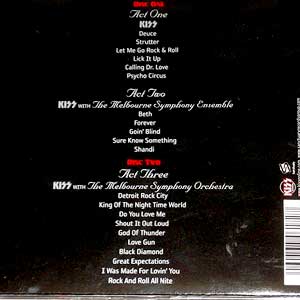