The Bling’s The Thing.

“Yeh, Woodstock – I was there.” What – as a pair of gametes in two people who were making out while watching Alvin Lee and Ten Years After, you 21 year old peach?

Much like Woodstock, John Ronald Reuel Tolkein’s oeuvre has insinuated itself into First World vernacular and most Real Worlders – even if they have not read any of his works – simply lie about being intimately familiar with his wealth of fantasy characters and worlds. But those Fantasy World books are heavy-duty reading and unless they were tackled in school, or ingested during an insurmountable gulf of time spent supine in a hospital bed or desert island idyll, I cannot imagine that nine-tenths of those who profess a knowledge of Fantasy Worlds have actually invested the energy in imbuing their psyches with the pain-staking canon. 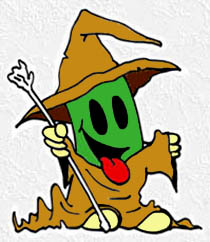 Not that I am against Fantasy Worlds – The Lord Of The Rings occupies its two inches of shelfspace in my library and I am a regular patron of Madame Svetlana’s House Of Clamps every month or so, though after consuming the two brain-draining trilogies of The Chronicles of Thomas Covenant The Unbeliever, I put the kibosh on books which featured non-earth maps in their prologue pages, as the recurring motif of Good battling Evil (with the requisite Dragons, Wizards and iron-thewed Heroes peopling the landscape) began to grate on my elfin sensibilities.The geek contingent may hiss at me in denigration for having not tasted the wonders of Anne McCaffrey’s storm-driving dragon heroes; for never buckling myself into a rousing game of ElfQuest II, or creeping the corridors of horror in Dungeons and Dragons, yet, though I may never have wielded vorpel sword to lop off green-skinned limbs, or battled an ogre to avoid being turned into a purplish bogradoon, I have been a Dungeonmaster [refer above to House Of Clamps], so cut me some Fantasy slack, O you Questophiles and Salad-Tossers!

Thus, this exordium is to proclaim that in the following arcane writings, I do not compare THE LORD… film to The Lord…book, nor do I attempt a dissertation on comparative Fantasy Worlds in Tolkein’s ilk, but rather, regarding this film as a sui generis Fantasy tale unto itself, I cry havoc and let slip the balrogs of war.

Someone said they would give me a penny every time there was a close-up of filth-encrusted hand opening around a gold ring. I now possess an attractive and handy electrical kitchen appliance for accepting that deal. The movie being named THE LORD OF THE RINGS, it was imperative that the suburbanites in the audience keep being reminded what all the running and screaming and puling and poking was over.

In Sweden, this film is renamed CLOSEUPS OF DIRTY HANDS. Like fans of THE ROCKY HORROR PICTURE SHOW emulating their film heroes, people arrive at screenings having not washed their hands or hair for three weeks. If you can make a person puke by letting them smell your hand, you get in for free. If you have vomit in your hair, you get an attractive salad-tosser. If it’s someone else’s vomit, you get a Gold Pass.

Coincidentally, I lost my ring in my kitchen appliance yesterday.

Between Points A and B of any Fantasy World tale, there are about 3 million characters you’ll never have to think about for the rest of your life (much like algebra). Thank goodness there were only about 30,000 characters in this movie, most of them practically cameos, due to the sheer quantity.

In Canada, this film is renamed AMBIGUÉ, because no one has been able to figure out the sex of most of the lead roles yet. In Ontario, police descended on almost two-hundred movie-goers, citing probable cause as “intent to solicit as transvestites”, before they realized that it was just fans dressed as Legolas, Elrond or Saruman. Even a few Gandalfs got arrested for loitering with intent – but that was true.

the story so far…

The spirit of the long-dead super-wizard Sauron works through Wizard Saruman to recover his lost, magical Ring Of Power. Unbeknownst to Sauron, his One Ring is on its way to Mount Doom to be cast into the lava there, warded by The Fellowship, a ragtag troupe made up of a Wizard (Gandalf), an Elf (Legolas), a Dwarf (Gimli), four Hobbits (headed by Frodo Baggins), a Human (Boromir), and a sex symbol dripping with man-sweat (Aragorn).

Urged by Gandalf to journey to faraway lands to destroy the ring, Frodo embarks with his three idiot friends. The hobbits stop for the night at an inn of disrepute, and when Frodo tries to stop one of the East End hobbits making an arse of himself, he trips and goes ring-over-tit amidst the drunken bar patrons, whereupon he – disappears. Inadvertently ringing his finger, Frodo is assaulted by high-decibel shockwave static, out-of-focus fuzzheadedness and time-dilatory dream-state slow motion, a sum effect not unlike having way too much tequila with the boys the night before and going home with a fat stripper named Belulah and waking up with your face buried firmly between elephantine cheeks. (How I miss those days.)

A Ranger named Strider (who would later change his name to Aragorn just to confuse us) allies with the naïve hobbits and ushers them to a stony knoll, where he retains his sweaty demeanor by battling evil Ring-Wraiths single-handedly, while the hobbits do Benny Hill impersonations. Frodo is stabbed in this melee, which was good because it necessitated the appearance of Liv Tyler with Pointy Ears, whereupon I touched myself. The sensual electricity is headily apparent between Liv and Viggo, even though he hasn’t washed since 1437 and his musky shirt is now stuck to his back with sweat, the pimples on his thighs reddening with excreta due to his pants not being removed for two years, his boots sloshing with runoff from his backside… Some chicks just dig the rugged outdoorsy type…

Frodo recovers at Elrond’s Elfin Keep, where our heroes gather and Elrond schmaltzily crows the film title, “Hmm: nine companions – you shall be The Fellowship Of The Ring.” Embarrassing? Ooooo! Sign me up! Hugo’s willing to say anything if it’ll pay for that gender-reassignment operation.

In the magnificent, subterranean Goblin Hall (a masterpiece of CGI architecture, 200-foot pillars stretching upwards into darkness and into the shrouded distance), the fleeing friends must combat a hybrid orc, a brainless giant lumpy thing with the speed of a train, the relentlessness of Herpes Simplex B and the face of a good-looking Jabba The Hutt. For the first time in a “special effects movie”, the giant, brainless monster looked like it could actually kill the real-life actors. For this was no jaded Ray Harryhausen stop-motion/clay-mation model – pioneering as his craft was in its day – this was fully-destructional state-of-the-art computer graphic, melded with live RC-puppetry and smoothed over with post-production speed and shadows and weight-distribution computations. It was visually unnerving. Not since seeing Kevin Costner’s hairstyle in THE BODYGUARD was I that disturbed.

As good as this movie is – and it’s very good, for you are dragged into the adventure, unbidden – there are many segments that seem unnecessary, where the quest encounters incidents which do not further the plot and therefore could have been left out of the final cut – such as the crumbling stone stairs sequence. At a point like this, even if there is no plot point per se, then at the very least, someone should die (usually the person with last billing, or who is not pretty enough to take up any more screentime). But no one died; no one was injured; no one made any discoveries (a path to freedom, ancient runes exposing a mystery); there were no character revelations (‘I’ll save this person at the loss of my own life’ or ‘Screw these guys! I’m saving myself’). Some may argue that the party was slowed down enough for the Balrog to catch up with them and battle Gandalf, but the Balrog is a PARA-DIMENSIONAL DAEMON – it doesn’t need the plot convenience of crumbling stairs to catch up with mere mortals. This segment was one of many which was simply a gratuitous flexing of extra-grim special effects muscle. Granted, it was phenomenal, which lent to the movie’s overall luster, and it allowed the dwarf a nudge-nudge-wink-wink pc line of dialog, when Strider suggested he be thrown across the yawning gap, “Nobody tosses a dwarf!”, but nonetheless, it was merely to annoy George Lucas.

You don’t need to read Tolkein or Fantasy World books in general to gain a grasp for political coups. An aspect of those Fantasy World plots that has always bothered me – even as a child (a Mini-Me Dark Warlord) – was the intent behind the Bad Guys’ misdeeds. It seemed they were always out to blight the very land that they were trying to conquer. Does it not occur to them to just overpower the current ruler and inherit all his peoples, serfs, farm animals and lands and let business continue as usual? – the only difference being that the taxes are now coming to him – the Bad Guy. Sure, you’ll probably have to resort to a little attritional warfare, but ultimately, why decimate the whole shebang? I mean, really – what fun is it going to be ruling over a char-blackened globe that won’t support crops or fauna? How long can you exert control over your hordes of half-men-half-weirdos if you can’t feed them? Letting them rape everything in sight is okay at first, but what are you gonna do in order to spawn a new generation of troops and peons? Let’s face it – even the evilest of Eeevil Lords needs to keep some kind of order – otherwise, what’s a Microsoft Excel spreadsheet for?

So why all the foofaraw over one little ring? Why did the end of the movie seem like the middle of a Monopoly game? Why a “fellowship”? That’s just what Ontario authorities were asking those Gandalfs they picked up. But all they could get out of those hopped-up old ex-hippies is some dumbo-jumbo about how the Jefferson Airplane slipped them some bad acid at Woodstock, man…