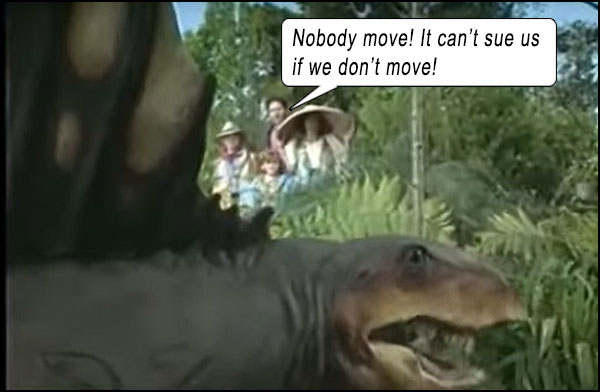 LOST IN DINOSAUR WORLD – the movie from the man who sued JURASSIC PARK!

Children’s author Geoffrey T. Williams published a series of four books from 1985 to 1988 under the Dinosaur World banner. When Michael Crichton published Jurassic Park in 1990, and Steven Spielberg subsequently made the 1993 movie based on that book, Williams saw so many similarities between JURASSIC PARK and his series (especially the second book, Lost In Dinosaur World) that he sued both Crichton and Spielberg, and anything else that got within roaring distance, from Universal Studios and Amblin Entertainment, probably all the way down to the mosquito minding its own business in the amber. 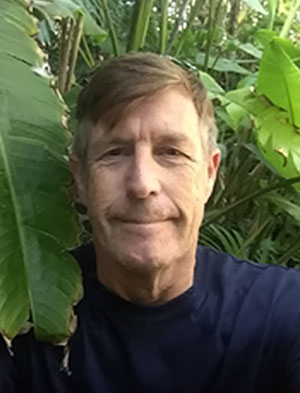 Suffice to say, Williams lost. Up against a big Hollywood writer and the BIGGEST Hollywood filmmaker, what did he expect? Still, I feel for the underdog here, as Williams’ work is published and easily observable as beating Crichton’s story to the punch of a dinosaur “zoo,” featuring a boy and girl wandering the grounds avoiding a T-rex, a family encountering a Compsognathus, a T-rex chasing a herd of dinosaurs, a dinosaur nursery, a dinosaur expert, electrified carnivore fences, down to the boy’s name being Tim. Sounding way familiar, right? Yet the Court Of The Rich ruled against Williams, citing Crichton’s book and Spielberg’s film as being different enough due to exploring deeper themes like corporate greed and genetic engineering ethics, with the similar elements not protected under copyright, such as the concept of a dinosaur zoo, and the similarities of the main characters.

Unfortunately, the movie LOST IN DINOSAUR WORLD is not a comeback win for this underdog. Usually, one would start this next segment with, “Unperturbed by his legal loss…” and then go on to describe how Williams put together a film to rival JURASSIC PARK… alas, no.

[At this point, I have to mention the confusing fact that Spielberg’s omnipresent composer John Williams scores JURASSIC PARK, and Geoffrey T. Williams is no relation. (Just another coincidence – as the Court Of The Rich might say…) With all the mentions of the Williams name, we could easily confuse which Williams I am referring to, so to be clear, anytime I mention Williams in this article – it’s GEOFFREY T.]

I don’t know which producer thought to release LOST IN DINOSAUR WORLD as a direct-to-video 27-minute short in the same year that JURASSIC PARK changed the face of filmmaking, but it’s safe to say he had more audacity than John Hammond. Shot entirely on location at “Marine World/Africa USA” theme park in Vallejo California, in an exhibit called “Dinosaurs! A Prehistoric Adventure,” the animatronic dinos (created by a company called “Dinamation”) sending discordant messages to our neocortexes. Y’see, many zoos create statues, murals or animatronic models of some of the animals that are featured within, kinda like a tease at the entrance… so when we see each dinosaur here as an animatronic model, there’s a disconnect: Are they MEANT to be models, or are these things meant to be REAL?

Yup, they’re all meant to be real, and with each dino encounter, the family (made up of father, with yuppie sweater tied around yacht club neck; mother, who will never be an actor; daughter, young and precocious; and Tim, dinosaur obsessionist) dutifully gape in astonishment while Tim runs down factoids like a robot, accompanied by bland computerized music faker than the dinos. Remembering that it’s geared toward children’s education doesn’t make the spitting of dry information and soul-dead synths any less cringeworthy.

There’s no explanation on how this Dinosaur World came to be – the fact that dinosaurs exist is a given. No origin story of DNA-from-mosquitos, or how that baby dinosaur is being hatched, etc. Despite JURASSIC PARK resembling this dino-dung in more ways than you can count a stegosaur’s plates, that significant DNA foundation sets it way apart.

After viewing a Dimetrodon, a Stegosaurus and Apatosaurus (all with feet fastidiously rooted to the spot, yet supposedly imbued with… uh, Life?) the family stops at the park restaurant, and we are treated to a punning poetry slam from the wait-staff. I’ve committed many sins in my life, but none so big to deserve this level of torture. 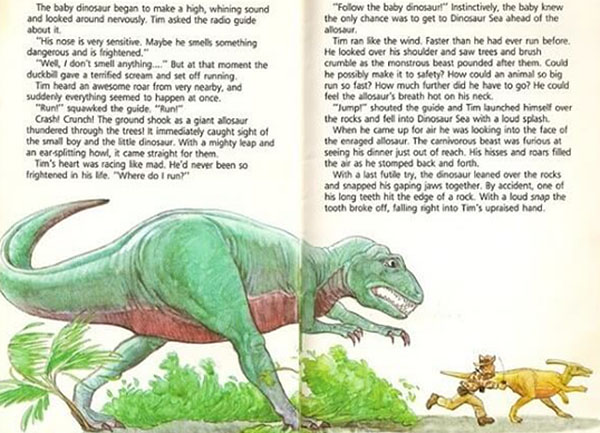 Panel from Williams’ book – or storyboard for Jeff Goldblum.

A Pteranodon snatches Tim’s hat and he gives chase, thus precipitating the title of the film – LOST IN, etc. Tim and sister come upon a Deinonychus feeding (and still feel the need to shout-whisper factoids), and I can’t help but think of yet another connection to JURASSIC PARK. (By now it’s well known that Spielberg’s Velociraptors are over-sized, to the point that he actually should have used the Deinonychus species name for them. Here, Geoff Williams makes no such rookie mistake!)

Tim and sis are penned in by the indomitable Tyrannosaurus rex, and after a helicopter distracts it, they escape between its immovable legs. The tension is bearable.

DINOSAUR WORLD is a morbid curiosity. Just like Williams’s lawsuit it has sunk into the tarpit of obscurity. It was made at the exact wrong time in history; it will never fly, considering that audiences had just gotten the taste of “real” dinosaurs in JURASSIC PARK. The poor Dinamation company held on for a time, until they too went out of business. No one would accept anything less after JURASSIC. (Back in Australia in the late 70s, there was a theme park called Paradise Gardens, which featured life-size dinosaur models, designed much like the 18th century notion of fat, upright, standing-on-tails-like-kangaroos, and they were simply the color of the plaster from which they were formed. And I remember that as an insane family day out… but what kid would stand for that static, scientifically inaccurate, bland-dimensional world NOW?).

No one knows what became of Geoffrey T. Williams. Or these actors.