MANOS THE HANDS OF FATE is to movies what a car accident with a head in the street is to traffic. Untold tragedy. People die. Lives change. No, that’s not the car accident – that’s from watching MANOS. But you cannot forego the sweet terror. (Did I say forego? I meant Torgo…) 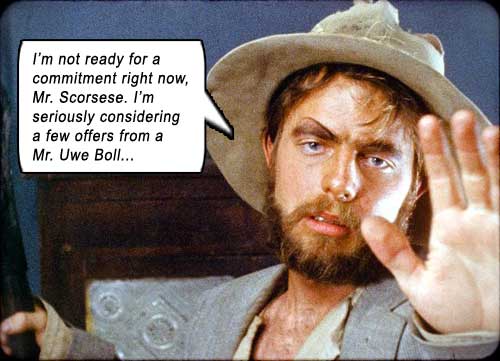 A middle-American family on a driving vacation stumbles on an isolated hotel, and is greeted by the thousand-yard stare of the misshapen caretaker, Torgo. The hotel houses a cult that worships Manos, a god of wives apparently. The Master of the cult and his wives are all in hibernation in the basement when the family arrives. Soon they awaken and debate on which member of the family they should marry-kill-fuck. Apparently, Torgo’s stupidity plays some part in the plot as a spanner in their works, due to allowing the family to lodge the night, and because he wants the family’s spinner mother as his own wife…

Widely regarded as a contender for the worst movie of all time, MANOS is nigh unwatchable, but in all honesty, we’ve witnessed worse on MYSTERY SCIENCE THEATER 3000 (THE CREEPING TERROR, MANHUNT IN SPACE, SANTA CLAUS CONQUERS THE MARTIANS) – and oft-times we don’t even need the mighty MST3K crew to identify aromatic stinkers (HIGHLANDER II: THE QUICKENING, BATTLEFIELD EARTH, 90% of Eddie Murphy’s catalogue) – yet MANOS holds a unique attraction, a certain unkempt panache that brings us back time and again aching for more. Emphasis on aching.

But let’s face it: MANOS only holds this fascination because its weaknesses were codified and lambasted by a popular comedy show. The grand irony: MANOS was disinterred and elevated to cult novelty by the very show that ragged on it vociferously – MST3K (Season 5, Episode 24 / Show 424). Were it not for MST’s Frank Conniff (who brought the film to the team), it would have remained in the Vaults Of Obscurity where it was buried after its failed cinematic run. But is its cult status really a case of So Bad It’s Good? No. Humans are just stupid.

MANOS exists in a strange vacuum in cinema history. No one involved with it was actually in the film industry. They somehow infiltrated the biz with this one entry and then all disappeared. ALL of them. Literally, the full cast and most of the crew only have one film credit to their name – this one. Including the “director” Harold P. Warren, who was actually a fertilizer salesman, which is serendipitous, considering his one film project is manure.

Harold P. Warren, dung clerk, writes, directs and stars in this movie that was made specifically to win a bet – that he could make a horror movie. Since most people consider his effort comedy (with criminal non-acting, out-of-sync looped dialogue, bitchslap editing, dorknozzle writing, and titty-twisting directing), I’m guessing he lost that bet. And the rest of the world is forever paying the vig. 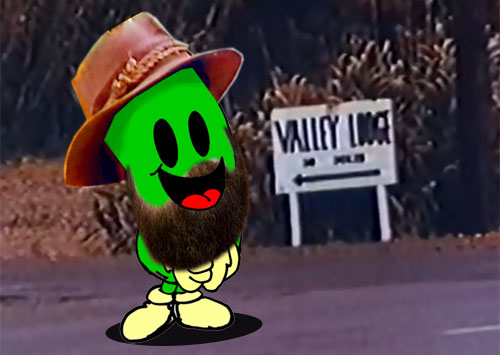 Porgo. Takes care of the place while The Master is away.

A misshapen troll standing in the shed doorway greets them, identifying himself and stating his job description – and the world becomes immeasurably stupider: “I am Torgo. I take care of the place while The Master is away.”

Your first autonomous reaction upon hearing such enigma should be to run screaming. But not Mike, who enters into a discourse with Torgo that would send anyone in their right mind screeching tires into the 2pm night (“There is no way out of here. It’ll be dark soon. There is no way out of here.”). Apparently, Mike is nowhere near his right mind, as he unloads the family and asks Torgo – who is clearly not the bellhop type – to take the family’s luggage into the shed. Thus eliciting the “haunting Torgo theme” from the soundtrack, which ends abruptly every time it is used. Even whilst manhandling the luggage into the shed, Torgo keeps maintaining The Master would not approve of Mike spending the night. Then why are you carrying their luggage inside, Tor baby?! There would be two more gripping luggage sequences, of Mike asking Torgo to put the luggage back into the car, because the family is leaving, and then Mike telling Torgo to bring the luggage back inside because the family is staying. Totally cinematic.

In slurry gait and non sequitur dialogue, the disturbed, deformed caretaker Torgo was brought to life by the disturbed, deformed actor John Reynolds, who took his own life. Poor Reynolds seems to have been the actual embodiment of his fuzzy-brained henchman character, as he was meant to wear a steel thigh truss to emulate being a satyr (with goat legs bending the other way, and cloven hoofs!) – but he wore the truss backwards! (Wait – and not one person on the entire small production told him otherwise, not even Warren the director? Not even the person who designed the truss?) It ruined his knees, which made Reynolds addicted to painkillers. He committed suicide one week before MANOS premiered, some reports claiming a big reason was his despondency over the film. Zach Galifianakis seized the opportunity and plagiarized the look.

On the other hand, The Master (Tom Neyman, overacting Stentorian in his hand puppet robes) has definitely stolen his look from Freddie Mercury. Hibernating when the family arrives, he soon stirs from his Queen-like slumber and awakens all his wives in diaphanous gowns. He immediately starts Not Approving, as he sits there with a look of regret on his face listening to their non-stop yap yap yap yap yap; arguing interminably over killing or imprisoning the family, for reasons we never know or care about. “The man, yes. The child, no.” “The woman, yes!” “The child must die!” “I may die, but the child must live!” “She is right!” “They all must die!” “The woman, no.” “The man, yes.” “I don’t know.” “Third base!”…

What are they talking about? Each line of dialogue – like the best worst movies in the world – makes no sense in the context of the line just before it. Mike’s daughter’s poodle is killed out in the desert, and he and his wife tragically mourn the loss in a prime example of snappy dialogue writing, editing and looping:

All delivered in a monotone reserved for tollbooth operators who have lost the will to live. Not only that, the kill itself is a pointless plot point: not foreshadowing any beast in the forest, not showing Torgo or any of the cult as killers, not an element that forces them to stay indoors – nothing! They just ran out of dog food budget.

One Redeeming Factor: the soundtrack (by Ross Huddleston and Robert Smith Jr.) is quite eerie if removed from its out-of-sync underpinning of the film, rivaling the uniqueness and sinister depravity of the JASONs and HALLOWEENs. To be fully appreciated, the soundtrack should be listened to on its own, because married as it is to these badly-edited visuals and amateur-hour acting and audio, it has become something to snigger at, especially with MST3K running the “haunting Torgo theme” under Michael J. Nelson’s crack impersonation of Torgo.

And maybe even a second redeeming factor: the film is despicable. In a good way. The ineptitude of its construction makes it hard to see through the laughing tears how dark MANOS is, and one wonders how truly fearsome it might have been had Harold P. Warren, shit salesman, secured a budget higher than the reported $19,000 to properly convey his perversions. There is the “tomb” scene, where Torgo is supposedly sexually harassing the unconscious wives of The Master, the fact The Master is a polygamist, the killing of the pet, Torgo’s clumsy pass at Mike’s wife, the just-as-clumsy pass made by one of the wives on the unconscious, bound Mike, the punitive amputation of Torgo’s burning hand, and the final scene (actually cut from some versions!) of the wife and child in hibernation alongside The Master’s other wives, in their own diaphanous gowns. Think about it: a seven-year-old child bride for The Master. And he’s not even Jerry Lee Lewis.

If you’re going to watch a bad movie, it might as well be one of the baddest, in whatever sense makes sense to you… You need to see MANOS: THE HANDS OF FATE because it has infiltrated the cinematic landscape, because your friends have seen it, because you shouldn’t be left behind in the cultural slipstream of caca. Because The Master would approve…