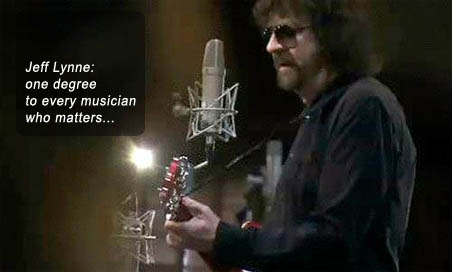 Lynne has always been one of the most underrated musicians in the world, and one of the most unassuming. With this documentary from veteran musicologist Martyn Atkins, we suddenly realize Lynne’s career has taken him from the inimitable classical climes of the Electric Light Orchestra to Tom Petty, Roy Orbison, Bob Dylan, The Traveling Wilburys and even what remained of The Beatles! (Lynne would produce Free As A Bird, the Beatles’ first output 25 years after their demise.) 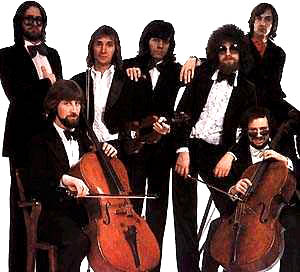 We follow the forever tousle-haired, eternally sunglassed Lynne’s career from the majestic airspace of ELO, from the rocking and rolling Don’t Bring Me Down to the hard rocking Do Ya (covered by Ace Frehley, no less, on his album Trouble Walkin’) to the pathos of Telephone Line and the heart-rending Can’t Get It Out Of My Head. Their first self-titled 1972 album made me weep. Rawness and finesse combined.

We mosey about Lynne’s house, aglut with vintage and modern musical instruments, walls lined with gold and platinum albums; into his studio, where he is spending time re-recording all his massively produced past wonders “the way they were meant to sound”!

Ringo complains that when working with Lynne, Lynne used click-tracks as timekeeper, proclaiming, “I’m the timekeeper!” (Hmm, I see the joke, but there’s a bigger joke here  about Ringo being able to keep time…) McCartney comments on Lynne’s meticulous work ethic, a man exploring every facet of his craft. And it is a craft with Jeff Lynne. Unlike the Poisons and the Pistols and the preening rockstars who could never hope to emulate his level of genius, Jeff Lynne treats music with the world-moving respect it deserves. 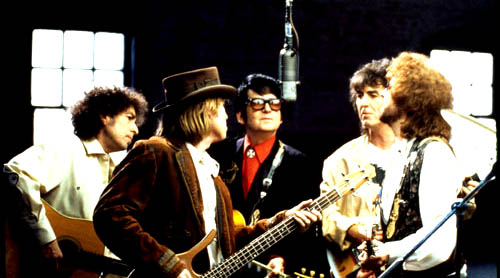 Unintentionally funniest bit: McCartney throwing a jovial barb at Jeff’s cello passages, claiming Jeff copped them from The Beatles, i.e. claiming credit for using cellos in music first. Sorry to burst your Beatle-bubble Sir Paul, but Bach and Mozart and Beethoven were kinda using it before any of you long-haired hooligans… Now I’m sure Sir Paul didn’t mean to come off sounding so full, but I’m betting that after 50 years of reining in the Ego whilst the world continues to fawn at your feet, once in awhile that red-eyed demon is bound to slip loose its bonds. Yes, pedants, I’m sure Paul meant The Beatles were the first to use cellos in rock music, but the way he phrases it makes it seem like he’s claiming credit for cellos and still trying to be humble about it.

As Petty says at the opening, “He is a great, great artist. I’m glad you’re doing this movie, because somebody should.” When we visit Xanadu, we all come away a better breed of musician…

One Comment on “MR BLUE SKY: THE STORY OF JEFF LYNNE & ELO”