Pure as the driven ho.

Politicians are whores. This we know to be fact. 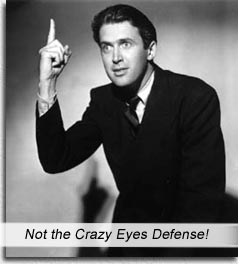 So what makes anyone think the idealistic Mr. Smith in MR SMITH GOES TO WASHINGTON would not buckle at the knees and subscribe to the corruption inherent in the system, were his career drawn out long enough?

Alan Grayson, the real life Democratic Florida senator in the 2009 Health Care Reform battle, is being called Mr. Smith. He swoops into a fray where his own party has exhibited such gutlessness, that for simply telling the truth, he is being called an “idealist.”

Director Frank Capra‘s MR SMITH GOES TO WASHINGTON is a paean to idealists. If it weren’t for Mr. Grayson illustrating that idealists still skulk the dread halls of Congress, MR SMITH would look like pure fantasy…

No sex, no violence, no swearing, we wonder whether this is a tale involving congress at all. Then we see how a spineless governor is forced into appointing a junior senator to be a puppet of the Senate and we see that politics back in 1939 (before they invented sex, violence and swearing) worked a lot like it does these days.

When we see how the spineless governor appoints the junior senator – through a coin toss – we realize it’s exactly how politics works these days.

James Stewart is Jefferson Smith, the young, naive senator (hard to imagine James Stewart as “young” but he was also human once – like all of us). When he gives his acceptance speech, he shocks his senior senator, Joseph Paine (Claude Rains), by proclaiming, “He probably doesn’t remember me but he worked with my father.” But wouldn’t Smith’s lineage be one of the first things vetted before they swear him into office? Wouldn’t Paine think to ask, “Is Jefferson Smith related to that OTHER Smith that worked with me?” Politics then, as politics now: Before they bought her $150,000 wardrobe and threw her in the national arena to be one 72-year-old heartbeat away from the American Presidency, did anyone check the half-governor of Alaska for ethics and underage sex scandals?

When Smith arrives in Washington D.C., it’s Idealism City, as he goes tramping through a montage, visiting the landmarks: the Liberty Bell, the Capitol Building, the Constitution, the White House, the Lincoln Memorial with its inspiring words carved into a wall, that mean absolutely nothing to modern politicians. Patriotic themes, American flags superimposed flying proudly over the montage…

Smith’s reaction is that of a mildly retarded yokel, and when he is skewered in the newspapers for his naiveté, he goes around punching out all the offending reporters. Frank Capra may be a renowned director, but how childish is this cringe-tastic scene? Not one of the reporters who smeared Smith thinks to further smear him for his lunatic reaction of spending all day hunting them out in pubs and punching them.

Idealistic Smith meets his secretary, the smug Saunders (Jean Arthur), who educates him in the cynical ways of Washington. This is probably the only film where discussing how a bill goes through congress is foreplay. After Saunders describes the near impossibility of shepherding a bill through congress (like then, as now), Smith is idealistic/stupid enough to reply, “Shall we start writing it now or after dinner?” His cause becomes lobbying for funding for a Boy’s Camp – unlike today, the politicians who lobbied for underage boys back then were never caught with their hands down those boys’ pants.

Saunders does dissuade Smith for a moment – until he gives her Obama Speech Number 21 (that inspiring one) and she goes into soft focus so much the filmstock nearly deteriorated, until they started working on that sexy bill, bodies writhing in sensual penmanship.

Of course, bills do get passed in Congress – but never for idealistic reasons. Yet Smith annoyingly insists on being so Luke Skywalker about it, which becomes understandable once we realize his character is as much a fantasy as Skywalker. (But there’s that Alan Grayson thing…)

Smith discovers his hero and mentor, Senator Paine, is part of the corrupt system that he rails against, and is so crushed he goes into idealism overdrive for his Boys Camp funding. Until Paine double-crosses him and Swiftboats him before Swiftboating was invented.

When Smith sees 50,000 letters protesting him, his overacting goes into orbit to combat the corruption. To combat Smith’s overacting, Paine steps up his own overacting, storming into Congress and shouting a confession at the top of his voice on the “rotten political corruption of the state.” You’d have more chance of destroying a Death Star by firing into a vent no bigger than a womp rat than hearing an American congressman calling himself and the system corrupt.

MR SMITH GOES TO WASHINGTON is lauded as one of the great American films. But it is embarrassing idealistic idiocy. Without any solutions. It relies on the age-old tactic of being a drama queen to get through the armor of corrupt politicians. But real world politicians do not ignore laypeople because they are too busy or too corrupt or even because they hold laypeople beneath their contempt. Laypeople appeal to ideals and morals and ethics that politicians had to shunt aside to get to their positions in the first place. You appeal to qualities and virtues that are not in the politician’s vocabulary any more. They are bereft of those ideals laypeople appeal to. THAT is why they do not listen to you – you are speaking antelope, and they are speaking lion.

Let me tell you one more thing about Alan Grayson: They’re calling him “Mr. Smith” – as an insult. That should tell you everything you need to know about Washington.