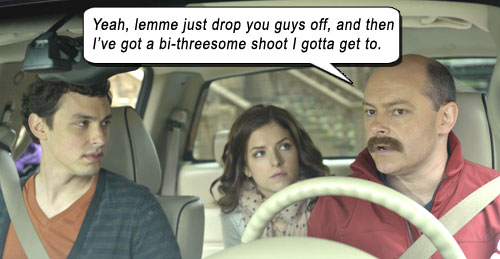 Apoca-Lips and a great rack.

It’s The Apocalypse, and everything is pretty much the same… except the Anti-Christ is Walking The Earth and trying to get off with your girlfriend.

RAPTURE-PALOOZA is atheistic, irreverent and very funny, with just the right amount of C-cup. Just the way I like it.

For those irreligious and sensible enough not to know what The Rapture is, it’s from the biblical Book of Revelations when God physically takes Justin Bieber fans up to heaven– no, sorry, I’ve been told he only takes Believers not Beliebers. Then, in his infinite wisdom and compassion, he leaves all the One Direction fans behind. And everyone else. RAPTURE-PALOOZA is about the people left behind.

In Seattle, after being left behind, Lindsey (absolutely luscious Anna Kendrick) and her boyfriend Ben (John Francis Daley) try to make a life amongst the intermittent foul-mouthed locusts and crows and fiery falling rocks.

The Anti-Christ has also appeared Walking not The Earth, but just Walking Seattle. His name is Earl, but he prefers that people call him The Beast. And he’s Craig Robinson. Of course! It’s so obvious! Jesus is a white bitch, so natchelly, the Anti-Christ has to be a BLACK MAN! 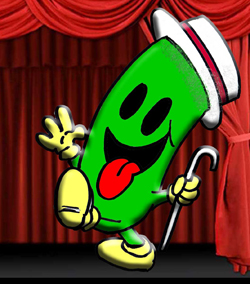 While Lindsey’s parents (John Michael Higgins and Ana Gasteyer) weep and gnash their teeth over the misery of being left behinders, Ben’s father (Rob Corddry with a porn-stache) embraces the new life-after-normal and goes to work for the Beast at his mansion.When Lindsey and Ben are introduced to the Beast (who is looking for love, but not with a slut), he immediately falls for Lindsey, not least because she’s a virgin. And has a nice rack.

Funniest line is Beast referring to the androgynous-looking Ben as Rachel Maddow.

The best part about being in the movies must be the honesty. As the Beast, Robinson gets to say whatever he wants about Anna Kendrick: “Oh God, look at them titties!” We’re ALL thinking it (even Rachel Maddow, and by that I mean the character Ben and the real Rachel Maddow) – but Robinson’s actually getting to say what all of us are thinking! “You’re like Scarlett Johansson and Hilary Swank with a good rack!” “Don’t worry, we’re gonna fuck soon!” “I’m gonna bust all over your face.” “Where do you wanna go for our honeymoon? Not that it matters, cos you’ll be getting face-fucked all the time, am I right?”

I don’t care whether he’s married or how many girlfriends he’s got right now, or how many kids he has, or whether he’s a respected family man or not. He’s actually saying things that we all want to say in reality, and that I’m 100% pretty damn sure the director and writer and all the male crew want to say to Anna Kendrick as well.

Ah, Honesty. God and Satan swear by it. 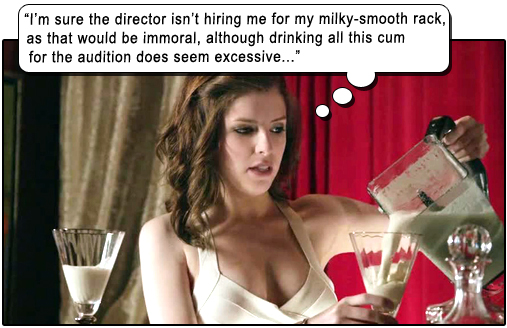 With the help of Thomas Lennon as a lawnmowing zombie, Ben must save Lindsey from the imminent clutches and even more imminent swinging dick of the Beast. Luckily, Jesus arrives, in a blaze of stallion glory – and is taken out by a missile. But then God appears. God is Ken Jeong, the white bitch spoken of earlier.

And God and Beast engage in thunderclap battle that shakes the foundations of creation… uh, well, they bitchslap each other near Beast’s jacuzzi, eventually falling in and being electrocuted. With the death of God and Satan, everyone starts arguing over who should be in charge. The simple, profound message comes from Lindsey, “Hey nobody’s in charge, which means everybody’s in charge, so we can all be grownups now.” Such wisdom. What does it say in Matthew 21:16? “…out of the mouths of babes…”

Rapture 2011: Harold Camping
DOOM WATCH
with Poffy The Cucumber,
Horsecuke of the Apocalypse.