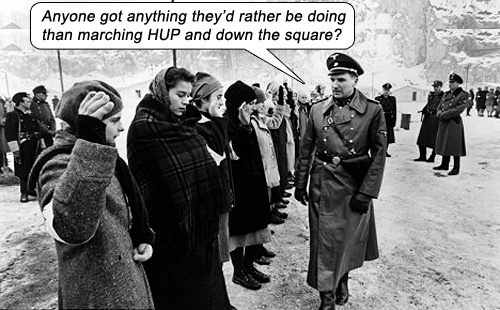 The Ones That Got Away (alternate title in Germany?)

He was German, a Nazi, a profiteer of slave labor, a philanderer, an adulterer, a confidence man and a traitor to his country. He was Oskar Schindler, who saved over 1,100 Jews from concentration camps in World War II.

Reminds me of that joke “…but screw just one sheep…” in reverse.

SCHINDLER’S LIST wrenches us from our spoiled rotten present to the harsh winter of 1939 Poland amidst the Nazi invasion. Director Steven Spielberg transports us to the gates of hell by shooting in dire black and white – with one bittersweet glimpse of red – working with cinematographer Janusz Kaminski in their first ever collaboration (which would become a steadfast partnership over the years). Through their visual poetry, we become a verboten race, a forbidden Jew; treated like offal by the German military, manhandled, slave-labored, regarded as un-human, arbitrarily shot and killed as unthinkingly as switching off a light. No homeland, no dignity, no succor. The emotive impact of SCHINDLER’S LIST is beautifully exhausting. 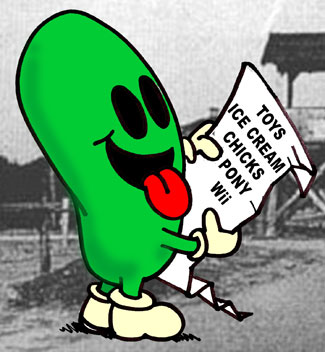 Liam Neeson is Schindler, a German businessman making a living amongst the Nazi tempest. Consider him the avaricious Mitt Romney type, only concerned with exploiting the system to feather his nest, so hiring black market Jews (i.e. illegals, cheaper labor) to work in his enamelware factory in Krakow, Poland. Unlike Romney, he develops a conscience. (Note to Mitt: Conscience – noun, the inner sense of what is right or wrong in one’s conduct or motives, impelling one toward right action.)

Schindler recruits as his accountant Itzhak Stern (Ben Kingsley), who becomes such a boon to his illegal activities that when Stern one day forgets his work card and is put on a train to the gas chambers, Schindler rushes to save him. “What if I got here five minutes later? Where would I be?!” Read that last question again. Schindler asked, “Where would *I* be?” At that point, he wasn’t saving Stern from death; he was saving his tool that cooked the books for his company.

Ralph Fiennes in a blood-chilling role, as the unbalanced, power-mutated German officer, Amon Goeth, whom we meet as he casually shoots Jews dead in an exercise yard, from his balcony, while having breakfast with a blonde. A friend and admirer of Schindler, Goeth is captain of the Krakow-Płaszow concentration camp.

It would be easy to dismiss Goeth as amoral, sociopathic and inhuman – quite unexpectedly, we find a moral compass in this sadistic nihilist, in the best scene of the movie. In the cellar with his Jewish maid Helen (Embeth Davidtz), Goeth rationalizes his lust for her. Keep in mind, the Germans were inculcated to believe Jews were less-than-human, so Goeth excoriates himself just for thinking about raping her, feeling like Rick Santorum’s man-on-dog. While she stands terrified, in a sheer slip, he rants, “I realize you are not a person in the strictest sense of the word” (ironically proving that HE is not a person in the strictest sense of the word). He tries to humanize her, and convince himself she is not an animal – so he can rape her with a clear conscience! It would be hilarious were it not so perverse.

So too, Schindler only develops a conscience after being sent to jail for kissing a little Jewish girl on his birthday. Goeth goes to bat for Schindler in his defense. (We can read so many twisted reasons behind that action now.) 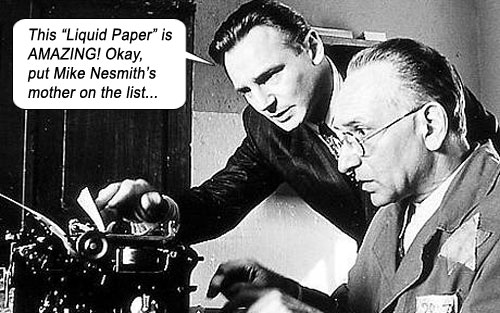 SCHINDLER’S LIST pulls no punches with its brutality, its violence graphic and sudden; scenes that resemble bleak History Channel documentaries, terrifying in their realism. The SS separating the sick from the healthy – the sick sent to die, the healthy being used as slaves; Jews pricking their fingers and rubbing the blood over their cheeks to look healthy, i.e. choosing slavery over death. Like that’s any kind of choice. As in AMISTAD, Spielberg disturbs us with a fearless scene of all the emaciated extras tramping or running naked through the yard, men and women, pasty, pale, humiliated.

Heartbreaking scenes of loading freight carriages with Jews, only tiny openings for air as the carriages stay unmoving at the dock; people dying of heat, exhaustion, hunger. Schindler implores the soldiers to hose down the carriages, while he squeezes them morsels of food, while the guards and Goeth guffaw at him. Even at this stage, Schindler was half-considering the Jews “property” that might be damaged and affect his bottom line, which is why the Germans tolerated his “eccentricities” in helping them.

The terrifying scenes of the liquidation of the Ghetto, forcing all Jews from Krakow out of their homes, SS stormtroopers kicking down doors (the template come to life, for the rhetoric we know so well today when warning against fascism). To retain their jewelry, the Jews fold it into bread – and swallow the bread! Doctors and nurses administering poison to their patients in hospital beds, so they won’t live to be tortured! SS forcing people through dank cobbled streets, those streets strewn with abandoned luggage… A boy runs as his father is grabbed; the father tries to stop the soldier shooting his boy and gets shot himself unceremoniously; the boy dragged back and shot pointblank. Even in black and white, blood is unmistakably horrific.

The amazing part is not how Spielberg captures these realistic scenes – but that they ACTUALLY HAPPENED!

Their eyes met across a crowded Holocaust.

Word comes down from high command: Goeth is ordered to exhume and incinerate over 10,000 bodies killed at Plaszow and the Krakow ghetto massacre. Ashes filtering from the sky, once human. The numbing visual of Jews digging up other Jews rotting in the shallow snow. On one of the wheelbarrows is a faded shock of scarlet – the crumpled body of the little girl.

Goeth vexed: “They’re shutting us down and transferring everyone to Auschwitz.” He cannot discern the motivation; destroying all their free labor. One of the Jewish prisoners says to her friend, “We’re important to them. Why would they kill off their workforce?” Is that the measure of the mad chancellor’s mind?

By this time, Schindler had opened another factory, relatively isolated in Brunnlitz, in the Sudetenland, Czechoslovakia, and its reputation had grown as a haven for Jews. When the Auschwitz order came down, Schindler’s first instinct was to flee with trunks full of cash, but hits on the idea to buy as many Jews as possible off Goeth.

On it – all the people Schindler could afford. And Goeth sells him the people. Yet Goeth cannot fathom Schindler’s motivation. The concept that someone would buy a person to save their life is completely alien to him and he goes to the grave thinking that Schindler was making out like a bandit with all his Jews. The reality was that it bankrupted Schindler, whose company by that time was just a front that was not really manufacturing anything for the German war effort. Schindler continued to spend millions bribing the German authorities, keeping the factory front and sustaining the people.

All the women get rerouted to Auschwitz. Clerical error. Bureaucracy was a bitch even back then. Schindler has to rush to save them from the ovens. Unlike his first rush to save Stern, now he rushes to save lives other than his own. However, Spielberg does not gussy up this moment: As Schindler’s Jewish women are boarding a train out of Auschwitz, we see another crowd being herded in, throwing their luggage on a growing pile…

This is what drives director Kevin Smith’s infamous pessimistic take on SCHINDLER’S LIST: out of 6 million murdered Jews, 1,100 were saved. Whoop de doo! And how easy is it to make this film manipulative? How hard can it be to sympathize with the downtrodden race? On the other hand – every life counts, dunnit? Even one. And these atrocities DID happen. And these lives WERE saved. And though there are botchy films and cheap films and insincere films made about the same topic, this is definitely one of the greats. So on this one, Kevin Smith… as much as I love and respect you… uh, shut the fuck up?

The ending sequence shows the “Schindler Jews” today. (They became known as Schindlerjuden, and many of them that Oskar Schindler saved, took care of him until his death in 1974.) The actual survivor and the actor who portrayed them walk up together to place a stone on Schindler’s gravesite.

SCHINDLER’S LIST will make you feel like becoming a good-hearted Nazi. Modern American Republicans are halfway there – now they just have to add the “good-hearted” part…