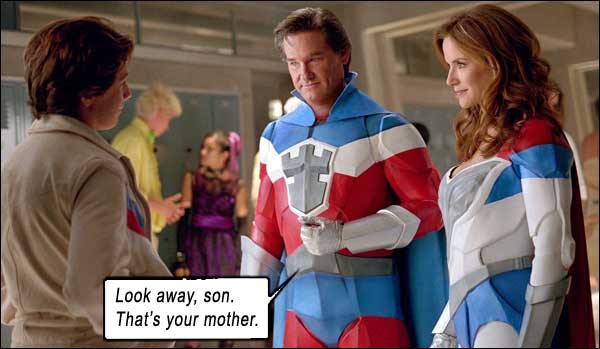 The Bastard Offspring of John Hughes and Joel Schumacher.

Recall, if you are secure enough in your manhood, those John Hughes films of the mid-80s: perturbed teens discovering themselves blah blah. Further recall, if you dare, the BATMAN franchise under the frivolous wrist of Joel Schumacher: all coruscating color and comic-book éclat. 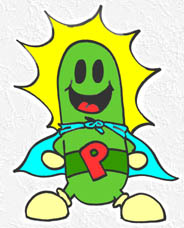 If you’ve an appetite for distraction (and a high tolerance for pap), take these two disparate milieux, pop into blender, push-button “pulverize” and voila! – two bland ingredients syruping an even blander cocktail: SKY HIGH – teens discovering themselves blah blah amidst coruscating color and comic-book éclat.

To accuse this movie of cliché is to accuse Richard Simmons of homosexuality; that is, though it would like to think of itself as otherwise – it’s way too obvious…

The movie almost rights itself in the weak-beer-drenched waters of teen-movie plagiarism with the droll premise that these discomfited teens are the offspring of Superheroes. Even so, that concept can be appreciated only until one realizes how securely Superhero Movies have entrenched themselves as an economic cog on Wall Street (i.e. if the next SPIDER-MAN or X-MEN bombs, a lot of movie executives’ kids are going to be raised on shoe-flavored soup). Therefore, it comes as no surprise that every facet of the genre will be mined for profits, initially with seemingly “original” angles, but ultimately simply fulfilling cookie-cutter demand. There is already the high ground (SPIDER-MAN, X-MEN), the low ground (FANTASTIC FOUR, DAREDEVIL), the so-so (HULK, BLADE TRINITY); there is the watershed (BATMAN BEGINS), the animation (THE INCREDIBLES), the real-world grit (PUNISHER) and the simply woeful (ELEKTRA – which also caters to the SHE-ro department), each niche being filled as quickly as market analysts can identify the vacuum. 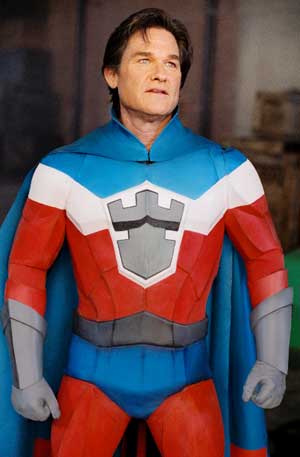 Dexter Reilly is The Strongest Man In The World!

We are now primed to contend with the Superhero “Teen Comedy.” And it is enjoyable enough – if you’ve been vacationing as resolutely as George W. Bush, removed from all public media and cultural dynamics. But if you’ve seen one teen movie which elevates the hormonally-drenched pseudo-problems of libidinous, over-privileged, studiously-hip teens to the import of a United Nations Symposium, you’ve seen ’em all. This one just has people wearing capes.

We can readily accept the concept of Sky High University (an exclusive campus for Superhero offspring, floating miles above the earth), thanks to our cultural inundation over these past few years with a surfeit of Superhero movie-fare. Consequently, none of the “powers” exhibited by the kids attending Sky High requires exposition, as we’ve grown so accustomed to the idiom: a bully blowing icy breath and freezing another kid where he stands is accepted without question; as is a girl who can duplicate herself, or a boy who can throw fireballs. Yawn.

Two KIDS IN THE HALL alumni (Kevin McDonald and Dave Foley) perform valiantly to elevate the comedy (as has-been Heroes reduced to teaching positions at the university), but the movie’s unfortunate focus on the hipster contingent relegates these and other veteran actors to the outskirts of the prosaic plot. Kurt Russell, an underrated comedic talent, seemed set to spark proceedings into a meaty joviality, but ultimately, was given so little to do (besides embodying the “Ideal” of the Superhero and waxing effusive over his son’s coming-of-age) that we were reduced to marveling at the magnificent acting prowess of Kelly Preston’s breasts.

Thus, whilst marveling at those Mounds Of Justice, did I come – er, of age.