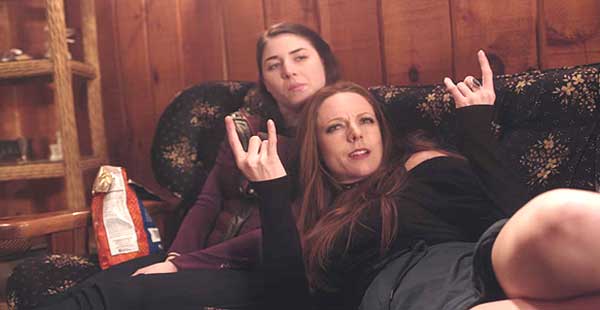 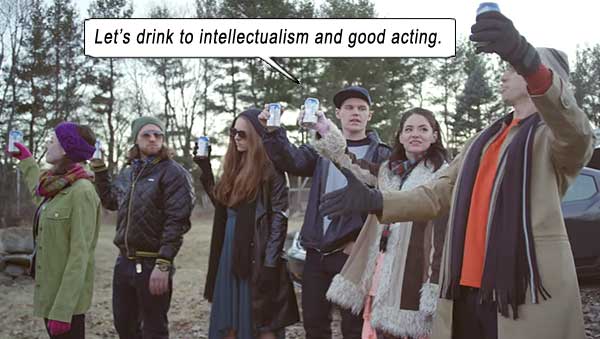 After inheriting a rambling old country house from their grandpa, Josh (Tony Spitz) and sister Erin (Aurora Heimbach) invite a gaggle of their Millennial friends over for a par-tayyy. Grandpa “died in the lake; his body was never found…” And if you think that will yield further plot, you haven’t seen one of these barely-written modern kid-possession movies.

Instead, the kids have a séance, someone gets possessed, and it’s got nothing to do with Grandpa, who remains forgotten at the bottom of the lake.

SOUL TO KEEP inundates us with so many annoying college-age kids that I don’t know who I’m wishing would die first. Maybe that guy who looks like a Fogel. Remember Fogel, the nerd from SUPERBAD? This is that guy in real life. His real name is Craig Fogel. And he’s a virgin dork. And in this movie he’s playing a virgin dork. 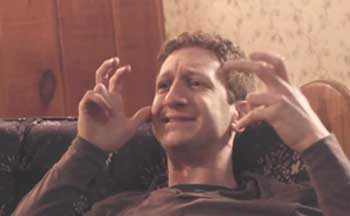 This guy’s real-life name is Fogel. The curse is real.

The coolest aspect of this movie is how the whole clique offhandedly uses sign-language when they are speaking in a group, because Erin is deaf. It’s performed very confidently, and adds a poignant undercurrent to these character tropes that are usually portrayed as selfish and hubristic. I can’t comment on how authentic the signing is, but it must have taken some time for all the actors to incorporate it into their dialogue, and it’s a commendable dynamic to an otherwise lazy movie.

Grace (Kate Rose Reynolds, the only busty redhead worth noticing) proclaims that because she’s a wiccan – for non-hipsters, that means witch – only she can read the grimoire (conveniently located near the triangle) and summon Beelzebub. Well, what is the plot waiting for?! The realism of course. The kids all have to poo poo the whole bit to place us in the sophisticated 21st century. Then they do it anyway.

They have to choose a vessel for the demon, so the witch’s boyfriend Brandon the Jock (Jordan Theodore, who looks like Flea from the Chili Peppers) sits in the triangle awaiting possession with eyes tightly shut. Nothing happens.

Co-written and co-directed by David Allensworth, SOUL TO KEEP may be a rehash of every Millennial killing spree movie, however it does have its tiny interesting elements, such as the possession of Grace instead of Flea, the way the demon experiences sex in human form as if it’s a new experience, and the fact that leader Josh reminds us of Gale Harold from QUEER AS FOLK.

Does making the devil sign count when you ARE the devil?

Soon after the failed séance, Grace sees a devilish entity before her that whooshes into her body. Surprise! She fucks Flea, fucks Fogel, then jacks off, then eats gluttonously, drinks until she pukes, then possesses Fogel. It’s a cool sequence that illustrates the demon experiencing its human form. And it loves The Sex!

Then it tries to kill everyone, even Jesus. Oh, did I mention that Toby (Derek Long) looks like Jesus… Well, Beelzebub’s here, so… was that intentional? Again, like Grandpa, Toby’s resemblance to the lamb of god holds zero import to the plot.

A sudden subplot of lesbian love, a badly-edited OCEAN’S ELEVEN flashback montage of how the plain brunette set up all this murder so she could be with her girlfriend—Wait, she planned a demonic possession as part of the setup??– We don’t really care whether it makes sense or not! Let’s see summa that lesbian love in action! No luck.

Some scares are handled well, while some pointless jumpscares are for the sake of pointless jumpscares; questionable acting choices, dumb plot holes, and of course – magic who cares fuck you – but on the whole, a workable thriller, especially for the young-uns who have not seen better yet.

In the end, they bury one of the girls on the property, “No one needs to know what happened here.” I guess no one will ask about her whereabouts then – no police, friends, family or job?

They all walk away slowly in sad mourning… Didn’t they arrive in two cars?

Maybe Grandpa drove the cars into the lake?