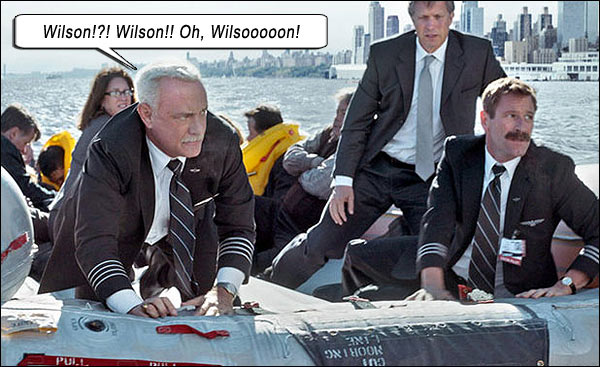 No one warned us. No one said you are going to lose both engines at a lower altitude than any jet in history… This was dual engine loss at twenty-eight-hundred feet, followed by immediate water landing with 155 souls onboard. No one has ever trained for an incident like that. No one.
— Captain Chesley “Sully” Sullenberger.

Even Jesus only walked on water. Chesley Sullenberger landed a plane on it!

Clint Eastwood directs SULLY, following the truly amazing events of January 15, 2009, as Captain Chesley “Sully” Sullenberger makes an emergency water landing on the Hudson River after multiple bird strikes take out both the engines of his Airbus A320. Just two minutes after takeoff, with 155 people onboard (including himself and crew), Sully was too low to limp back to LaGuardia Airport, piloting the plane in a dead glide to the only safe landing spot in the crowded city of New York – the middle of the Hudson River! And here’s the best part about this once-in-a-lifetime tale: everyone survives!

As someone tells Sully, “About time people heard something good in New York, especially when it comes to planes.” 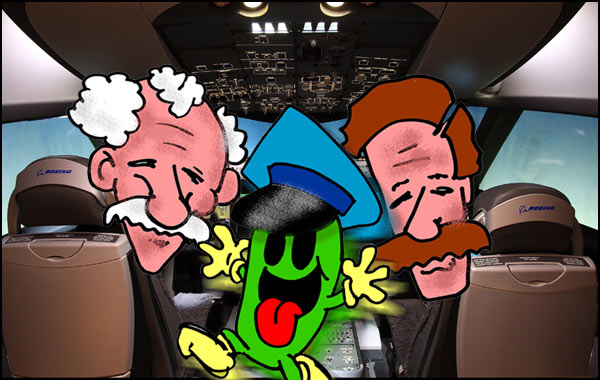 Skycaptain Poffy and the Dynamic Duo.

Tom Hanks is Sully, who looks nothing like his real life counterpart, and also acts nothing like him. This is not a jab at one of the greatest actors in the world, but a commentary on Hanks making his performance “cinematic” rather than realistic. Real life Sully’s demeanor is almost unnerving: trained to the point of flensing all emotion from him, which is a desirable trait in pilots, astronauts, military – anyone who deals in life-or-death – his voice measured, soft, reassuring, his face a blank slate. Though Hanks keeps his delivery straight, his emotive face is pure Actor. The most amazing thing about real life Sully is that through his hard exterior, he yet manages a gentlemanly grace, gravitas and humility; a self-effacing manner and bemused take on his “hero” status that Hanks captures perfectly.

Laura Linney is Sully’s wife Lorraine, whom we only see on the phone to Sully, being bothered by reporters at their house. Aaron Eckhart is co-pilot Jeff Skiles, with a pornstache so magnificent, it almost landed the plane by itself. Rumor has it Tom Selleck called and told him to dial it down to a handlebar.

Mike O’Malley is the National Transportation Safety Board (NTSB) chief investigator, whose antagonistic role is pure dramatic cheese license. Anna Gunn is a more sympathetic NTSB officer, and Jamey Sheridan is somewhere in between. Even in the film’s trailers, we sense the NTSB chewing way too much malicious scenery. From Sullenberger’s own book Highest Duty (with Jeff Zaslow), Todd Komarnicki screenplays just a tad too much vitriol into O’Malley’s character. He calls it a “crash.” Sully corrects him: “It was a water landing!” The movie’s slogan, “The Untold Story Behind the Miracle on the Hudson,” implies a greater conflict with the NTSB after Sully’s magnificent deed. There wasn’t. Sully saved 155 people, averting tragedy. As his wife states, “You saved everyone. What more could anyone ask for?” Though we understand any downed aircraft will prompt an investigation, there was really no need for the filmmakers to paint the NTSB as villains trying to railroad Sully.

A million passengers, over 40 years in the air; in the end I’ll be judged on 208 seconds.
— Chesley Sullenberger.

The iconic shot of Sully’s downed plane in the Hudson, like some kind of prostrate goose.
The most amazing part of these visuals was that there was seemingly no panic and/or people acting stupidly. Everyone pretty much kept their heads (example set by the captain), and it was an efficient, streamlined rescue.

The tale itself is grand enough. Was it a miracle? No, because Sully didn’t break any physics laws. But it was heroic in the sense that he went off-book to land safely, instead of following protocol. As the saying goes: You can’t write this shit. For dramatic effect, there are three tellings of the same incident, revealing different aspects of the drama; first, there is the public view of the landing; second, the most comprehensive telling, covering the passengers, the cockpit, the complete short journey and the rescue; thirdly, a very intimate cockpit view that delves into what makes a pilot a Macho Man.

The film opens with Sully in the midst of press junkets and hearings, waking after nightmares of crashing planes into buildings. The first act is almost a commentary on the nature of celebrity; the hero-worship taking Sully by surprise (“I don’t feel like a hero”), the paparazzi vultures, the public crowding him (“I guess I’m having trouble separating reality from whatever the hell this is.”); his smiles on the Letterman Show juxtaposed over his stewing anger at the NTSB’s claims that computer simulations prove he could’ve landed safely at LaGuardia… They just can’t handle that Sully “eyeballed it.”

Most of the movie is flashback; we do not even realize it because Eastwood’s style is so unobtrusive. We never see title cards that herald TWO DAYS AGO or 37 YEARS AGO, yet we know when we are in memory. Eastwood knows we are smart enough to follow. Hanks just has to stop moving and stare at something and we’re in a flashback. This guy flashbacks more than a Viet Nam vet with PTSD. Thus we arrive at the second act – in flashback – showing us the full incident. Ironically, this is when the movie flies highest. 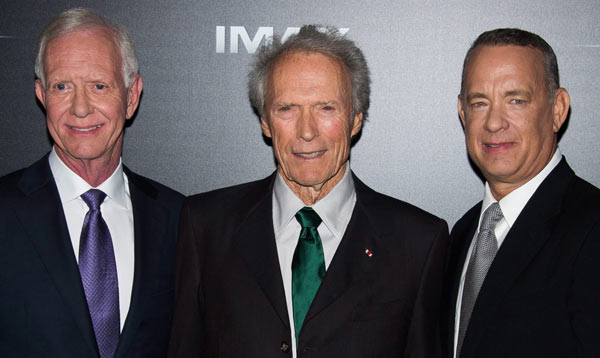 In that lean Eastwood directorial style, we are shown almost every aspect of Flight 1549 (from New York, destined for North Carolina): from the passengers to the stewardesses (Jane Gabbert, Ann Cusack and Molly Hagan), the takeoff; the bird strike at 2,800 feet, the quick thinking to rectify the engine loss… and then the views of the crippled aircraft gliding soundlessly, alarmingly low in the air, from many vantage points. We don’t have to imagine anymore how bizarre this must have looked to people on the ground; with effects this good, it is all real, as we see people turn to gaze at this slightly-smoking aircraft; people in the streets, in tall buildings, in cars, in ferry boats…

Merely one minute after the bird strike, the fateful decision is made. As the aircraft computer warns, “Terrain terrain!” we see Sully correct his course from over the land into the middle of the river. Into the PA, he says three words to his passengers: “Brace for impact.” Immediately the crew goes into action, buckling themselves in, shouting in unison, “Brace! Brace! Heads down! Stay down!” As intense as it is, it’s also a touching display of trained people working together to salvage the best outcome.

Afloat, drifting, as the back of the plane floods, people start exiting, calmly. Eastwood recreates faithfully those iconic shots of the plane resting on the Hudson, people standing along both wings. There is something so tear-welling about that shot, and I’m still trying to understand why. Maybe it’s the restoring of my faith in humanity. No one hysterical, no fights or screaming, everyone cooperating. Was this the demeanor of the stoic captain filtering into his charges?

As Sully, the last on the bus, searches the aisle for stragglers while river water cascades over him, ferry boat captains in the area rush to the plane’s aid. The problem of nowhere to land due to one of the most populated cities on Earth became a boon, as Sully knew he was touching down between ferry terminals where all New York could see them, and in less than four minutes, ferries were clustered around the plane. Again – dangerous humanity.

Even after he is taken ashore, the look of concern on Sully’s face never flags, as he harasses the authorities for the survivor count, and only late that night do they manage to give it to him – 155 – and his face relaxes. A brilliant acting job by Hanks! As real life Sully told Katie Couric, “like the weight of the universe had been lifted off my heart.”

And that’s why this movie never needed the NTSB flummery. Eastwood is such a controlled, compelling filmmaker that just committing the Hudson incident to film would have been inspiring enough.

There is a coda where Sully shows up the NTSB computers at a major hearing, for not taking the human element into account.

Lazier reviewers might compare SULLY’s narrative style to RASHOMON or CITIZEN KANE – telling the same tale from differing perspectives – however, Eastwood just flirts with that convention and the film is actually structured as a tale that reveals more with each flashback (SEVEN POUNDS or THE GREEN MILE come to mind). Eastwood also bucks the convention of dumb orchestra swell when Sully triumphs at the hearing. There is merely a dissolve to shots of the real life Sullenberger and Skiles, in a reunion with the real life passengers.

And the humanity overwhelms me. What is wrong with this picture? Passengers do not usually all survive. And if they do, there is always someone to criticize and backbite and snark about something. Where is the YouTube asshat who will type “fag” in the Comments section?… Nowhere. And there is no one who just irrationally hates this whole Sully thing. There is only “good” that has followed the Landing on the Hudson.

Yes, but who cries for the geese? 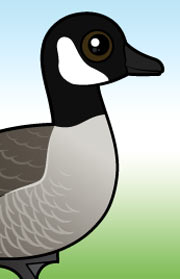 tragedy on the hudson: a canada goose’s tale

We had eaten well. We had rested well. The flight south would start today. There were two large oblong buildings that the natives took away a few seasons ago. That made migration easier.

My friend Beltram was the leader, with his son Spacek. My wife Violet was ahead of me, just behind them. They honked, and led the flock – and suddenly disappeared into a screaming hole of steel and fire. Violet disappeared into the other one. No one came out. It was as if they never existed.

The funeral was the next day at the willow pond. After witnessing such a horrendous tragedy, I now struggle with PTSD every day, and can hardly honk to find another mate.

There was a court martial for the natives, at the Marsh Court Of Goose Law. Someone identified the native at the front of the steel tube as Sully. He ignored his summons. He was declared guilty in absentia and sentenced to life in that smelly stinkhole called Nu Yahk. 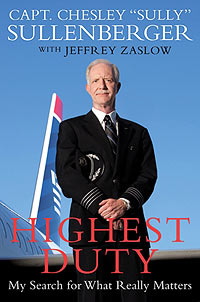