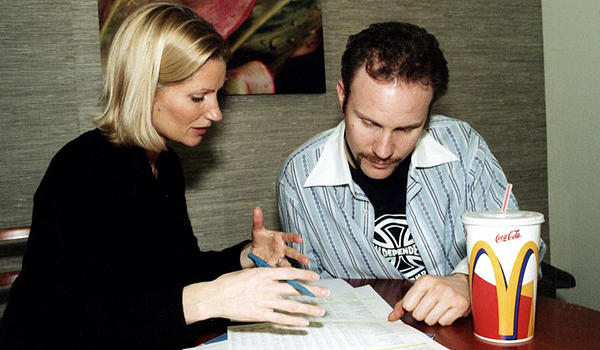 Eat It To Death.

Okay okay, I got a funny story for you – but the kids have to leave the room…When I was 23, I convinced my young girlfriend to teach her girlfriend how to – shall we say – “eat” me. As immoral, boastful and enviably man-tastic as that may sound, the punchline is: I coerced them into that education by promising to buy them McDonald’s! Such is the power of that carcinogenically plastic, indigestible clown food over human beings. 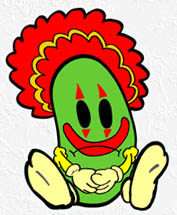 Morgan Spurlock tries to find the answer to WHY this corporate, food-like substance has such a stranglehold on our Neanderthal tastebuds, in his diabolically insightful SUPER SIZE ME, a documentary of an experiment on his own innards – to eat nothing but McDonald’s food for thirty days to note its effect on him, physically and psychologically.

Spurlock sets Rules for himself. Besides the Zeroth Law of exclusively McDonald’s for 30 days, he:
#1. will only Super Size when asked.
#2. can only eat food from McDonald’s, water included.
#3. has to eat everything on the menu at least once.
#4. must eat three meals a day.

But SUPER SIZE ME is not simply a clinical annotating of one man’s personable and engaging take on the putrefaction of his innards. It is as informative as it is entertaining, as funny as it is indicting, as full of meat as it is intestine-flushing.

Not only does Spurlock bring in nutritionists, doctors and other professionals to scientifically monitor his health before, during and after his experiment, he also delves into every aspect of junk food in American society. From mega-corporations psychologically entrapping kids from a young age with their clowns, playgrounds and Happy Meals, to the physical addiction brought about by additives and flavorings, to exploring school menus and phys-ed programs.

Spurlock eats only of the McDonald’s poisons, but all fast food chains and junk food companies are targeted in his research and observations. As expected, the most advertised foods are the most consumed foods. And advertising budgets for the junk and candy industries overwhelm the health food industry budget like a fat chick on a cupcake. 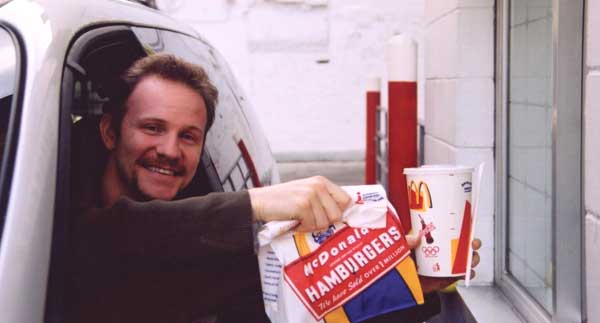 They FUCK you at the drive-thru!

He interviews everyone up and down the fast food spectrum, from corporate monkeys who get entrapped in their own duplicity, to lawyers involved in food industry lawsuits, to people on the street, some of whom wouldn’t know a treadmill if they fell off one.

He even uncovers that no layperson knows what a “calorie” is – amazing, considering we all see it on the sides of food packaging and use it to measure how much of that food we shouldn’t eat. Spurlock gets clarification from Marion Nestle PhD MPH (Chair of Nutrition and Food Studies NYC): “A calorie is the measure of the energy content of food… one calorie is the amount of energy that’s needed to raise the temperature of a liter of water by one degree centigrade.”

On Day 2 – he pukes. A third of the way through a Super Sized lunch, Spurlock realizes just how insane the quantity of food is – but for the sake of the experiment, he must force it down. And it comes back up. Unintentionally funny, but proves a grim point: Spurlock is a reasonably healthy guy – his girlfriend Alexandra is a vegetarian cook – and just one day of forcing this radioactive garbage down his throat caused his body to reject it; now think of the large part of the population who routinely ingest this glop, and the words of Kelly Brownell PhD (Eating and Weight Disorders), don’t seem far-fetched: “We live in a toxic food environment… that almost guarantees we become sick.” 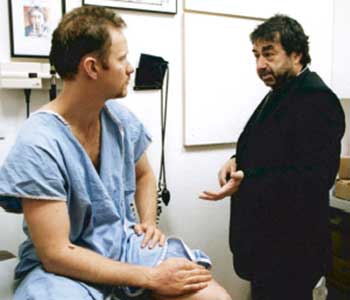 What sounded like a joke 20 years ago, is now even funnier: Dr. Daryl Isaacs advises Morgan, “Stop eating McDonald’s
– or you’ll die.”

Phil Lawler, a phys-ed teacher in Illinois: “We’ve never had health care in this country. We’ve only had sick care.” (Truth that the pharmaceutical companies in America will never admit to; truth that keeps governments in Big Pharm’s pocket ’til death do they part – our death).

Luckily, Spurlock likes the food – as we all do, for its chemical induction of our buds – but its effect on his health becomes so adverse that his MD, Daryl Isaacs, advises him off the McDiet for fear of actual McDeath.

They never admitted that SUPER SIZE ME influenced or affected their business model, but it is no secret that congruent with this film’s release, McDonald’s Corp introduced many “health” foods to its menu – salads and various hippie dishes – targeting greenies and vegetarians and worried parents. The sea change didn’t just overwhelm McDonald’s – the whole fast food industry overhauled its aspect towards “health” and “nutrition.”

Now I’ll know how many calories I’m feeding them the next time I get two young girls to super size me.