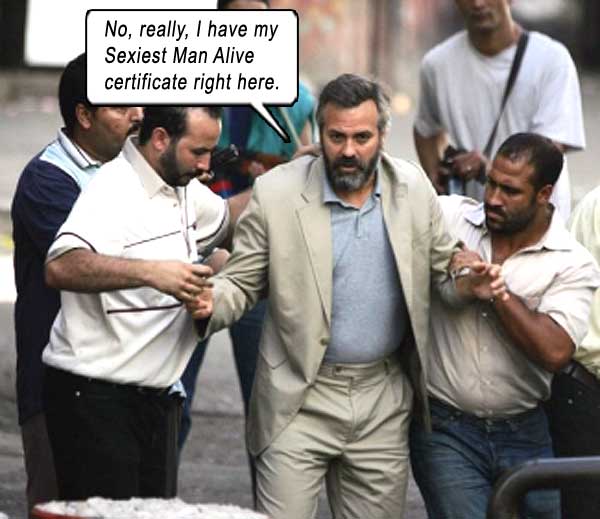 Oil Is Not Well.

If “oily Arab” was once an insult referring to a Middle Easterner’s complexion, nowadays it should truly be considered the highest compliment, pertaining to certain Arabs (via birthright and political wolfing), controlling the fortunes of the planet Earth via oil.

If there is an overarching message to this movie’s madness, it is that everyone else on Earth, in their methods to obtain that oil, displays a savagery no different than the sociopathic desert-dwellers in THE ROAD WARRIOR who would sacrifice their lives, loved ones and integrity to get their hands on “the precious juice.” (To wit: the American military is shown identifying a vehicle from an orbiting satellite and blowing it up with pinpoint accuracy, in a government-sanctioned murder, to retain a corporate stranglehold. Does no one else find it extremely disturbing that not only do they have the capability and impunity to do this, but that our knowledge of this crime in no way brings those culpable closer to punishment?) 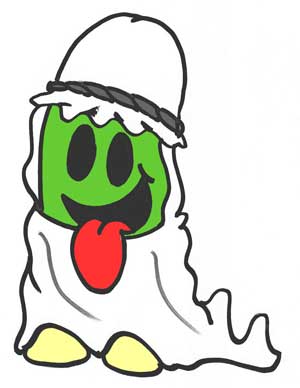 Whereas the ROAD WARRIOR wastrels targeted small supplies of gasoline for the short-term resources they yielded, now we deal in whole nations of subterranean crude, with corporate decimation of livelihoods and premeditated killings as the dialect of political coups that guarantees the black gold flows into the pockets of those with – as in THE ROAD WARRIOR – the grandest killing technology.

Blink once – and the plot of SYRIANA will tear by you like a bullet-train. (Many under-25s, who saw their man-toy drawcards engaging in cancer-serious imbroglios rather than fey banter or comedic sparring, were walking out systematically during the first 15 minutes of the movie, plot flying so far above their heads they might as well have been attending a lecture by Stephen Hawking on Applied Mathematics and Theoretical Physics.) But the plot is a McGuffin.

Inspired by Robert Baer’s book, See No Evil: The True Story of a Ground Soldier in the CIA’s War on Terrorism, Director Stephen Gaghan uses the neck-snapping plotline – crash-cutting across numerous scenarios that play out very separately, marginally inter-relating – to illustrate how oil machinations on a global level affect lives on a personal level. (I imagine the Real World’s corporate collusion unravels in much the same manner: Left hands not only do not know what Right hands are doing, sometimes Left cuts off Right to spite the Torso.)

George Clooney – unrecognizable beneath hermit-friendly facial hair, a cultivated paunch and an absence of comedic head-waggling – is Bob Barnes, a CIA contract killer miles above your average mafia hitman, who has never cared to question the reasons or motives behind his job – until now – when a hit he is assigned goes awry and his employers try to discredit and discard him, inspiring in him a cause for living – or dying, whichever comes first. (A torture scene involving Clooney rivals the level of discomfort – for the audience – as that of Dustin Hoffman’s “Is it safe?” scene from MARATHON MAN.)

Matt Damon (playing dead straight as Financial Analyst Bryan Woodman) lands a hundred-mil contract with Prince Nasir (played with grounded sympathy by Alexander Siddig) under the most inauspicious of circumstances: as recompense for the accidental death of his young son in the Prince’s palace pool.

Jeffrey Wright (as lawyer Bennett Holiday) is assigned to forage for evidence of corruption in an oil-related corporate merger. As obvious a joke as this may seem – the word “corporate” these days being tantamount to “corruption” – the reality is darker than Bennett or the audience can fathom: as a shareholder (Tim Blake Nelson) accounts to Bennett (paraphrasing his monologue), “Corruption isn’t just a way of life – Corruption is what makes life in the First World possible!”

Intersticed between the clam-chowder-thick political meandering, a human resonance is defined in subplots involving father-son relationships with each of the main characters, and how the Oil trade decimates those relationships; particular poignancy in the motivation behind young, disillusioned Muslim, Wasim (Mazhar Munir), jobless due to the corporate merger, and inured to his father’s empty promises of a better life, latching onto a holy reason for living – or dying, whichever comes first. As he relates in a recorded video testament, “Let it be known I died pure in spirit.”

As it happens, Barnes also finds the same peace in the climactic finale, as he attempts in vain to nobly deter an act which he partook of so insouciantly before his epiphany – government-sanctioned murder. The movie wraps with reconciliation for many of the characters. After the challenging, disjointed plotline refusing to infantilize its audience with pat expositions disguised as character dialogue, the ending itself became too pat. The tragic reality is that this unholy plotting and sanctioned high-level murder goes on at all, under the veneer of reciprocal altruism, religiosity and supposedly intelligent bureaucracy. And it continues even as you read this, unresolved, unceasing, unpunished. A two-hour movie cannot even scratch the surface…

This is not light fare at all, and if your insides broil with a seething disgust every time you think about oil companies and government collusion, this movie will only exacerbate your ulcers.

We ultimately reach a quandary of ideology: if both sides (American and Middle Eastern governments) are prepared to forego their religious and political beliefs to conspire in assassinations that eliminate business obstacles, then why exactly are they on opposing sides? Because both sides somehow idiotically believe that in the long run they may somehow tilt the balance of power in their favor. How they would manage to achieve that in a closed supply-and-demand system is anyone’s guess…