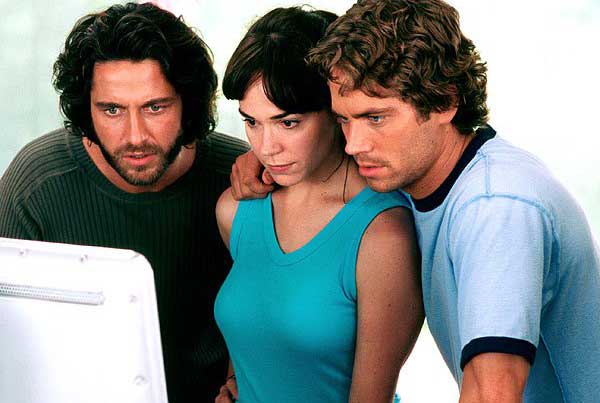 To call this movie “silly” would be an insult to silly movies.

TIMELINE makes the execrable indecency of THE CORE look like a scientific masterpiece. With costumes borrowed from a traveling Renaissance Festival and actors borrowed from the local community theatre, even the brainless idiocy of FROM JUSTIN TO KELLY reads like CITIZEN KANE when weighed against this bone-chilling waste of resources which could have gone towards fueling that political lie of making hunger a memory in Africa.

A bunch of young archaeologists, led by Paul Walker, must go back in time to medieval France to rescue his dad, who inadvertently shot himself back in time through the cunning use of exposition.

From the modern-day blue-tinted laboratory (replete with grailed platforms, flat-screen monitors which display nothing but cack and shoot Movie Sparks when they explode), to the chain-mailed medieval riders (wielding unwieldy swords and speaking in modern English accents), to the populace of 14th-century France (outfitted in clean rags and milling aimlessly everywhere for atmosphere), every aspect of this movie simply oozes inauthentic. The appalling acting doesn’t help.

Notably pathetic in her role is Frances O’Connor, who performed spectacularly as the troubled mother in A.I. ARTIFICIAL INTELLIGENCE, yet who has forgotten how to stop “indicating” in this movie – her every move an overt caricature of an emotion, like an acting student who has just learned how to “not look at the camera.” 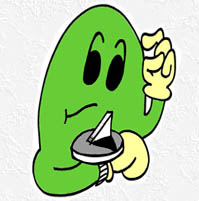 Paul Walker, who held up well as a supporting actor alongside the talented Steve Zahn and the delectably sweet Leelee Sobieski in JOY RIDE, cannot seem to inhabit his leading man role here with any conviction, as his onscreen presence is constantly overpowered by any day-player, mule or piece of rock which accidentally shares the screen with him.

For Billy Connolly, as Paul Walker’s McGuffin father, I’m sure he’ll glean a lot of material for his next stand-up tour.

Written by Michael Crichton (whose stories have become as hit-and-miss as Stephen King’s when translated to the movie screen), the plot centers around some boring English-French war in 1347, into which our modern heroes are dropped. Usually when this plot device is utilized, the modern-day protagonists exploit their knowledge of history and modern technology to bode them through their escape from the “past.” In TIMELINE, what we get are time-traveling amulets which never work – and lots of running. And plenty of unbelievably deplorable acting from Frances O’Connor.

While one of the modern “scientist” characters is tripping over his line-read trying to convince us that he’s not talking PURE bullshit (but merely a watered down version thereof) regarding how the “time-machine” functions, Walker’s character actually interjects, “Personally I don’t care about the hows and the whys” – and we realize that neither do the film-makers. Immediately, all attempts at explanations regarding the machine’s logistics, complexity and ingenuity cease and it is no more than a bus depot between time-zones.

To inspire some shred of dramatic tension (which could not be culled from the inane characters alone) the machine delivers Our Heroes to the past and promptly blows up, due solely to the WELL-TRAINED MARINE who went along as supposed protection, but whom we realize is simply a plot-device, when he steps out into the French Middle Ages presenting himself as an easy target to a bowman, then teleports back immediately with a grenade that conveniently explodes. The other Well-Trained Marine was killed even quicker. Semper fidelis, my foot!

In a movie like this, when the protagonists’ only means of escape is destroyed, there is not one shred of doubt that, by the time the “ticking clock” has reached the final few seconds, some other specious plot device will come into play to Bring Them Back Safely. And it does, due to their whining geek physics pal.

Every so often we flashback to “the present”; to the destroyed lab where all the B-characters (led by David Thewlis) ineffectually bicker over how to reconstruct the time-machine, taking opposing sides simply to create dramatic tension, rather than because they really know what they’re talking about, and also to lend gravity to the “ticking clock,” which we don’t really care about once Frances O’Connor takes the screen again to pain us with more abysmal “acting.”

At about the time someone screams, “Night arrows!” the movie becomes unwatchable. Pointless to describe banal plot contrivances and indescribably vapid acting performances when the movie is literally glutted with both. And one of the biggest surprises is – it’s Richard Donner at the helm! This is the director behind THE OMEN, SUPERMAN, LETHAL WEAPON. What drove him to this low state? Did he really think that the generational drawcard of Paul Walker would hold up the indolent story and lackluster directing, not to mention the unmentionably insensate acting of Frances O’Connor?

Then there’s the French woman who can’t hold onto any particular accent, and who for no discernible reason disguises the fact that she can speak fluent English until the laziness of the plot makes it convenient for her to do so.

The titular “timeline” has nothing at all to do with anything, as these characters in no way seem concerned about altering history for better or worse. As far as we can see, they have no stake in anything except transporting Billy Connolly back to the present, all the while arguing over their time-amulets and shushing each other, whilst a silly and lazily-directed war that doesn’t concern them in the least roils around them.

If I failed to mention Frances O’Connor’s dung-heap of a performance, I’d like to add that even George Lucas, with his talent for bringing out the absolute non-actor in human beings, could not have fashioned a more stilted, stunted, immature and uninformed line-read.

Time travel should exist for the sole purpose of being able to go back and stop this movie from being greenlighted.