Somebody Took Our God Away… 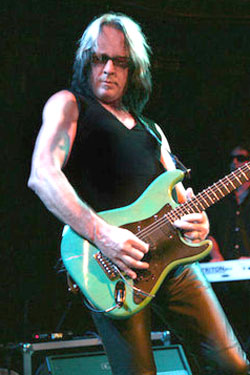 o call Todd Rundgren eclectic would be an understatement.

Todd Rundgren’s worlds traverse galaxies well beyond our pitifully insignificant existences. Only those who have been exposed to his three-decade oeuvre would hove near grasping where this artist hails from – everywhere at once; which brings us back to the term eclectic, I suppose, making for some nice redundant verbosity.

To know Todd Rundgren is to worship him; his street-cred remains ever staunch. Fans call him Todd. Just Todd. Almost like a tag of ownership of “their” artist; they are never alienated or demeaned by the status they have bestowed upon him, for Todd carries none of the pretensions one would expect from someone who has gone head-to-head with an unsympathetic industry for as long as he has, and come out alive and kicking.

In years to come the name Todd, like Jesus, will be a revered moniker and young students at the Los Angeles Temple Of Wankery (aka The Musician’s Institute) will get rapped across the knuckles for speaking His name in vain…

The flyers touted this show as MULTIMEDIA PROGRESSIVE POP, conjuring horrifying visions of a once-noble artist now lost onstage amidst banks of computer monitors, keyboards, projection screens running endless reels of arty-farty student films, be-jumpsuited technicians wearing dark sunglasses like Devo and those blue bzzz things from Frankenstein movies. Thankfully, I saw nothing but a five-piece rock band when the curtains parted. (Shame on Todd for pandering to the unsigned singer-songwriter gambit of trying to non-pigeonhole his niche by plastering a dumb name on the niche itself.)

As the band opened the set with If Not Now, When? (from new album, The Individualist), I think everyone was asking the same question: “Why is Todd (Our Hero, The Prophet Of Prescience) shoeless, and clad only in a vest and orange and black sarong?” He may be each era’s iconoclastic musical renaissance man, but Todd is the world’s last justifiably real HIPPY. (Well, maybe Dennis Hopper can lay equal claim to that distinction.) If his songs did not impart his philosophies so succinctly, he could never pull off such audacity. 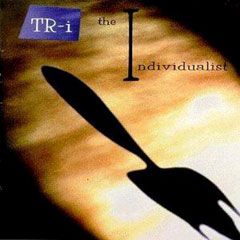 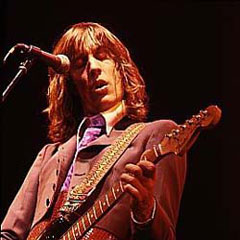 But that is why he is Todd. Because he can get away with it, “I want you all to buy a sarong and wear it to your power lunches…”

He is at a stage where he has done so much for relatively so little reward – teen superstardom and superlative merchandising have always eluded him (not to say that he ever aggressively pursued The Man’s yardsticks of success) – that his attitude bespeaks the contempt he harbors towards those quivering, ignorant little men in ponytails whom he must deal with to promulgate his misunderstood product. His work reflects his love of creativity on HIS terms and his equal amount of vitriol towards The Establishment. He was, as expected, insightful and incite-ful.

But that is why he is Todd.

I will not be so forgiving with his band, though – they are, after all – NOT Todd… and they seemed shoddily-rehearsed and nervous.  (Jesse Gresse on 2nd guitar, John Ferenzik – who looked like a pharmacist who’d won a contest to “be onstage with Todd” – on 3rd guitar/ keyboards, Prairie Prince drumming and Larry Tagg on bass.) Though seasoned pros all, it didn’t stop Todd from seemingly overwhelming them with his presence.

Like the late, superbly great Zappa, Rundgren was always an adventurer over unknown musical boundaries; an innovator, a Hermit of Mink Hollow, the prolific Ever-Popular Tortured Artist, a Feet-Don’t-Fail-Me-Now Wizard, a Runt, a True Star… It was destined that he would one day give us Something – Anything – to usher music into new realms. With his shoeless feet planted firmly at the forefront of the fledgling CD-i (CD-interactive) revolution, he will hopefully explode out of the cult artiste mold which has been his skulking forte all these years.

As evidenced by his demeanor at this show; the crowd was pumped and teetering on the edge of frenzy, but Todd shrugged off the opportunity to leap into the Rock God role and stir up the natives. In fact, he adopted such a contrary stance that even a smoothly-paced set was out of the question. After every number, the band would literally stand around in discussion, like a pub act. Todd: “There’s a bit of the interactive element onstage – none of us know what the next song is.” 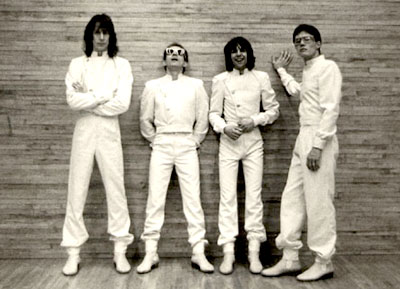 UTOPIA Not of this Earth. (Was ”Oops! Wrong Planet!” just an album name – or something deeper? Dun dun daaaah…)

Though it was refreshing to see a raw, live band pounding out his post-90s material, I found myself longing for the arrogant cohesion of Utopia – Kasim Sulton, Willie Wilcox and Roger Powell, arguably the best band Todd ever recruited – and that slickness and otherworldliness they portrayed. Todd’s current band are merely human. And as with any product that appeals to a wide demographic, this band seemed to lack a stance. There should have been a sprinkling of a few Utopia classics to salt the stew – Just One Victory, Rock Love, One World – but there was a definite aversion to any of his vast, brilliant pre-90s catalog.And speaking of otherworldliness, let us speak of Todd’s unlikely support act, Mumbo’s Brain: Sound imagery and tribal psychedelia, a bald, gawky, grievous-bodily-harm vocalist who couldn’t quite work the stage (looking non-cool in his attempts to do so), and a valiant attempt at dynamic, inspiring music. Amid the House Of Blues nuveau-trash decor and ‘art’ dumbo-jumbo, Mumbo’s stage props of globes, spirals and wildly-painted speaker cabs looked rather tepid. Their guitar sound was their forte; altogether a mange-tearing cacophony and an immersion in bubbly goop; a mixture of honey-gone-stale and tortured lemmings…

Todd himself wrung out some unexpectedly ferocious hellfire guitar – dazzling high points in a set which, through his humor, came close to tightening up its occasional lulls, “I don’t know whether you’ve noticed, but I’ve just sacked two band members.”

At night’s end, the fans dutifully clamored for more. He was, after all, Todd. And he graced us with two encores.

Us mere mortals may ponder many things about the enigma that is Todd Rundgren (How does his voice hold so firm through all that straining?; how could a leviathan like Utopia dissolve into memory?; how is he holding up that sarong?). But it is not our place to second-guess the genius. It is not our place to judge the paths He chooses to forge. And if He should falter in His mighty machete strokes, we will absolve Him of all sin nonetheless…

That is why he is Todd. Forever and ever…

Note: None of the pics are from the reviewed House of Blues concert. Neither did Todd perform any of these classics below…