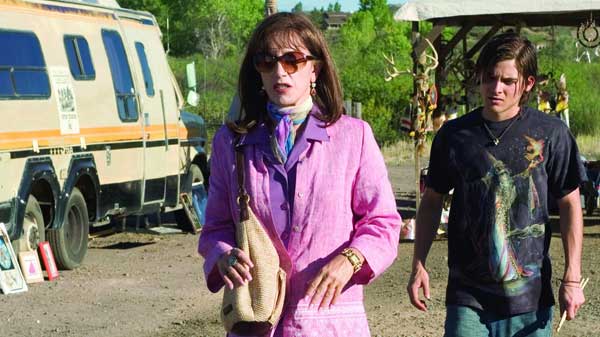 “I know I’m a woman because my butt looks fat in this outfit!”

TRANSAMERICA – the story of a transsexual male in the last stages of his quest to become truly female and undergo gender reassignment surgery – might be quite disturbing to some people. Especially Felicity Huffman. How disturbing is it for a woman to be cast as someone who looks like a man who’s trying to look like a woman?!

Huffman is Bree (formerly Stanley), awaiting final approval from her psychologist Margaret (Elizabeth Peña) on whether she is physically and psychologically ready to turn her penis into a vagina, when she is blind-sided by a call from a young boy in jail, Toby (Kevin Zegers), searching for his father Stanley to bail him out. Which puts her in a tizzy. A clinical condition which makes psychologists veto the lopping off of balls. Margaret tells Bree that to be fully at peace, and to receive her final approval, Bree must reconcile with Toby first.

Bree does not tell Toby s/he is his birth father, instead masquerades as a social worker, promising to drive Toby cross country “to meet his father,” intending to drop him off at his step-father’s. So begins a trans-American journey, with Bree learning how to cope with and love her son (even whilst keeping their relationship a secret from him), and Toby – who had to survive on the streets through robbery and prostitution – learning how to trust an adult, even after the Earth shifts under his feet with shocking revelations.

Written and directed by newbie Duncan Tucker, TRANSAMERICA is two stories in one. It tells the story of how a trans person copes with the challenges brought about by switching a lifestyle from male to female, and we’re also shown how young Toby arcs to acceptance of that lifestyle.

Felicity Huffman’s performance must surely be one of the most startling portrayals of a trans man-to-woman – because she’s a woman playing a man becoming a woman and throughout the film, we never ever doubt that she is a man! It’s an incredible feat, with such attention to detail and gesture that she actually comes across as “behaving like a man trying to behave like a woman”! She overcompensates for her womanly gestures, almost like a bad “indicating” performance by a woman. Her voice sounds like a man trying to put on a high-sounding woman’s voice. This is practically her own voice, but she projects it in a guarded manner that makes it sound unnatural. And credit must also go to the makeup artists who made her facial features more masculine, and who made her hair look like a wig. Even if it’s meant to be the character’s natural hair, it is done in a way that tells us the character is not fully comfortable or adept at doing his/her hair this way. And she walks like she’s got balls! If not for her fierce performance, we would not accept the reactions of the characters around her or the story itself. Huffman sells this film. 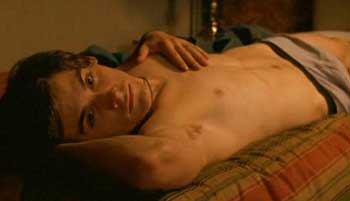 Can you resist the Efron Eye?

Young Kevin Zegers has a bright future – as the new Zac Efron! (The Hollywood Clone Machine is replacing stars faster and faster these days.) Not only in looks, but talent. He’s called upon to purvey a confusing array of emotions, and throughout the journey, his interaction with Bree will become more complex as he discovers first her trans-sexuality and then, in an embarrassing turn of events, his true blood relationship.

Story is well constructed, with both Bree and Toby harboring secrets and dark pasts which come to light as the journey progresses. There are no illogical leaps of character traits. We find out gradually that Toby is a heterosexual that is not averse to same-sex prostitution; as Toby finds out gradually that Bree is a man under that dress, accepts it, and then starts harboring a desire for this guardian who has shown him nothing but kindness…

A poignant performance by Graham Greene, as a kindly trucker, who believes Bree is nothing but woman (and is left with that delusion when they part). They hitch a ride with him, and he treats her in probably the kindest manner she has ever been treated. If it weren’t for her duty to her son and her imminent operation, we could see Bree stopping at the trucker’s home indefinitely, being serenaded on guitar and making sweet love amongst the cherry blossoms – oh lord! Now MY feminine side is starting to take over! 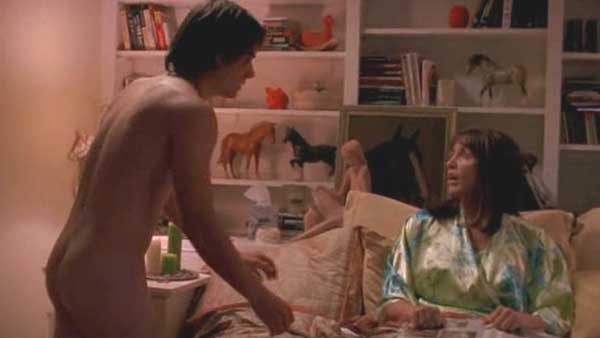 It’s okay to get an erection if he’s completely hairless like a bitch.

Burt Young and Fionnula Flanagan are Bree’s parents, halfway between pathetic acceptance and hilarious denial. Dad: “Your mother and I both love you.” Mom: “But we don’t respect you.” While making sandwiches.

And the same for Toby, whom they initially think is one of Bree’s sexual conquests. He is banished outside. Mom: “Who is that filthy underage urchin?” As soon as she discovers it’s her grandson, she goes out and entreats him to come in from the cold like a lost lamb.

“I just came over to see if you got your dick turned inside out.”

Oh jeepers, now you’ve got me all disturbed again…