Set to Spin: How Sarah Palin Saved America by Losing the Election.

Sarah Palin, the most polarizing and laughable “politician” to ever shamelessly, undeservedly grace a world stage, has her laundry cleaned in this spin-doctored hallelujah chorus. When she ran for the vice presidency of the United States in 2008, she was defeated; when she returned to her post as Governor of Alaska, she quit; when she had the chance to run for a presidential candidacy, she declined. Writer-director Stephen K. Bannon must have been thinking about someone else when he titled his witless encomium THE UNDEFEATED. 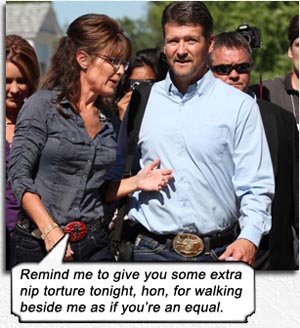 In this hedonistic exercise piled neck-deep with talking heads and former staff and flunkies of Palin all effusing over what a blameless demi-god she is, the person I feel most sorry for is the director. Poor Stephen K. Bannon. He wants to fuck Sarah Palin so badly. And that big girl’s blouse Todd keeps being her husband. So sad.

Poor Stephen K. Bannon. His burning love is unrequited: Palin herself – though giving the production her “blessing” – doesn’t appear in it, except in archive footage, though we do hear snatches of her nasal whine reading passages from her audiobook. So sad.

The opening titles inform us THE UNDEFEATED was inspired by Palin’s book Going Rogue: An American Life (a ghost-written hit piece blaming all Palin’s shortcomings and mistakes on Everyone Else). More like “inspired by the tenting in Stephen K. Bannon’s pants.” How else can we perceive this one-note symphony of sophist mendacity?

As the film wears on, it becomes less a contradictory tribute to her outsider status (like every politician, she likes to claim she is not a politician, but a folksy down-home gal who just happens to have been in politics for the last 22 years), and leans gradually and subtly on what her true agenda seems to be: End Times… 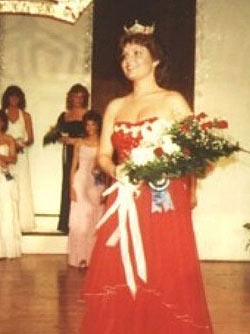 Any sensible person, myself included, would be willing to give Palin credit for her accomplishments. She was obviously canny enough to become the mayor of Wasilla and then the governor of Alaska. Apply Peter Principle here. Trying to rise above her stature in Alaskan politics was her undoing – she reached her level of incompetence. (She and her “Palin-drones” might argue that it rocketed her into the public eye, riches and power.) And though no one should fault her for not knowing where Iraq was on a map (we all have to look it up for the first time at some point), her problem/downfall is that she never wanted to know. And I bet she still doesn’t know. And that’s the problem with Sarah Palin. This incurious, anti-education, anti-science sociopath stepped into the vice presidential candidate’s ticket with no thought to the geopolitical world at large. But she had facial reconstruction surgery and did her hair.

She’s an acknowledged dunderhead who thrives on being one. Further, she accuses anyone smarter than her of elitism; she considers any question she cannot answer a “gotcha” question; and she promotes stupidity and anti-science to a whole swathe of foaming followers stupider than her, who are loaded springs of social chaos waiting to happen.

All of us encounter situations where we know our knowledge is inadequate to see us through, so we acquire the knowledge needed to move forward. Not Palin. She has rutted in her ignorance since Day One, not only incurious, but intemperately blaming those around her for her incompetence and idiocy, doubling down on incorrect statements rather than typing a few words into Google and acquiring the most basic details to find out that Paul Revere didn’t “warn the British… sending warning shots and bells.” And that is why the great Keith Olbermann was wont to affirm, “That woman – is an idiot!”

Those same sensible people who might give her plaudits for being canny enough to be a sports broadcaster and learn the flute and become a rifle marksman are rightfully alarmed at the darker tone that this movie adopts as it limps to its conclusion. Palin’s fundamentalist background means she believes the Earth is 6,000 years old and dinosaurs walked with cavemen (she must think Peter Jackson’s KING KONG is a documentary); and though the first half of the movie bored us to sleep with wonk minutiae, towards its end, Palin’s religious beliefs filter into the movie’s narrative thread and wake us the fuck up. We start hearing how she is in a “spiritual” battle with her detractors (many of whom are featured in the movie’s opening montage: Bill Maher, Matt Damon, Howard Stern, John Cleese, blogs, websites, a tsunami of negative press junkets). And it is chilling to glean that Palin believes she was divinely chosen as the Lord’s evangel to shepherd His flock during these End Times… Huh? Did that “spiritual” battle start before or after she was asked what newspapers she reads? 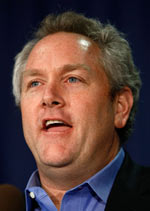 Of all the talking heads who offer their unbridled juice for Palin, when Andrew Breitbart appears, it’s all over. It’s been unwatchable up to this point. Now it’s hurting my back. Thank Christ that willfully ignorant, primitive excuse for a human being is dead.

If you’d like to wash the taste of Todd’s spunk out of your mouth after watching this tripe, you might consider Nick Broomfield’s SARAH PALIN: YOU BETCHA! (2011), a decidedly unauthorized documentary, featuring interviews with Palin’s family, friends and acquaintances.

THE UNDEFEATED is well-produced, and has all the right BEHIND THE MUSIC beats (early childhood, scratchy video, school photos, mentors, lovers, villains, “then tragedy struck,” successes and slomo) but it is, in one word, boring. And not for the reasons you think. If it were a cacophony of shrikes lauding Palin’s supposed political prowess, that would at least spur outrage in our breasts. But it is merely a combination infomercial/resume, outlining in painful detail Palin’s bill-passing political career, sub-clause by sub-clause. Now that would be fine if your crowd is all politicians and you’re running for a seat where they need to know your background, but let’s not forget that Stephen K. Bannon made this glorified demo reel as apologist retaliation for Palin opening her big mouth during the McCain campaign and vindicating the Peter Principle. Oh, yeah, and because he wants to fuck her.