We Were Soldiers, In A Plotless Movie. 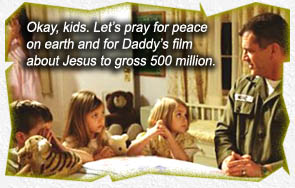 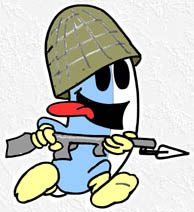 The number of isolated incidents Hollywood can potentially mine for movies about WWII or Viet Nam or the Gulf or, more recently, the war sloganed as “Dumb President Dumb War,” is limitless – but seriously, bozos, what’s the point? After the hundredth explosion and twentieth empty promise of, “We will leave no one behind!” and fiftieth guy who dies saving his friend’s life, can I now claim my membership in the “Inured To War Movies” Club and get on with my wretched life? In other words – I get it! Put the fake blood down and step away from the Huey. But it’s a True Story. Who cares? There’s running and shouting and explosions – and then there’s running and shouting and explosions. But it’s a True Story! So what?! Rhubarb rhubarb harumph harumph. (I didn’t get a harumph outa that guy!) Tagging any story as “true” doesn’t guarantee it’s worth telling. Think: Michael Bay’s PEARL HARBOR.Braveheart’s descendant, writer-director Randall Wallace injects human involvement to the point where we shudder to imagine the loss of even one human life – on any side. But this has become a tenet of modern movie-making – the war film ironically decrying violence. ‘Twould be a Profound Testament, were it not for ALL QUIET ON THE WESTERN FRONT, or PATHS OF GLORY, or THE DEER HUNTER, or SAVING PRIVATE RYAN, or a hundred other previous films with deeper and larger hearts.

And yet, unbelievably, some slick-tongued agent was able to finagle some studio executive into conning some corporate funder into coughing up money to beat out the same old story with different names.

Despite its overall pointlessness, there are many surprisingly good points to this movie. The film-makers actually bothered to translate the Vietnamese, which humanized them considerably. Most movies of this ilk callously regard “the enemy” as faceless, unintelligent guerillas who just deserve to die – but the choice to portray the Viet Cong making military decisions, giving pep talks to their boys in… uh, green? sage? taupe? (what was the color of their uniform?), allowing the Vietnamese protagonists to express feelings of horror, indecisiveness, heroism, humanity, almost evened out the insensitivity shown to that race in every previous war picture to date… Too late the apology – if this movie were made in an age where war pictures were taken seriously, rather than mushed out in production-line fashion after September 11, 2001, maybe it would have made amends. Instead, it becomes indistinguishable amongst the bilious fad fodder like BLACK HAWK DOWN and BEHIND ENEMY LINES.

Another plus was the portrayal of the euphemistic “friendly fire”; I’m sure that in the course of every major battle where no one knew which way was down, up or pan-dimensional, innumerable scores of troops must have been cut down by their own men, although, we realize that in showing this one scene, the movie-makers absolve themselves of the implication that this type of incident was commonplace. It is handled, as we would expect Hollywood to handle it, like a mistake that happens as rarely as Dennis Miller resorts to fart jokes for cheap laughs.

Of course, all the maudlin attempts at heartstring-tugging were shoveled effusively down our throats, such as the birth of Chris Klein’s baby and his subsequent hollow prayer, “I don’t know what god’s plan is for me – I hope it’s to protect orphans and not make any” – let’s qualify that statement with the word “American orphans,” cos you sure as shit made a lot of Vietnamese orphans out on that field today, you mannequin-faced hypocrite.

Then there was the montage of Soldier Wife (Madeline Stowe) delivering a sheaf of bereavement letters from the government to unfortunate housewives in her locale, which might have been touching had I not noticed how crooked her wig looked; camera playing over close-ups of extras trying to look soul-broken, when you know that they’re overjoyed to be adding this onscreen sixty-frame dissolve to their resume as “Bereaved Housewife.”

Especially moving was a scene where Barry Pepper, who had just made his acquaintance with Jimmy The Good Gook, was trying to lift the napalmed Jimmy aboard the rescue chopper by grabbing his legs. The jellied flesh of Jimmy’s shins peel off in Pepper’s hands, revealing bone; Jimmy screams (through half a face – although I’m not sure he would have even felt his shins peeling away while his nerves were still trying to deal with the fact that the whole left side of his body had just been cauterized), victim of the Hollywood foreshadowing gambit, which states that if a minor character admits something joyous (such as Jimmy’s wife “having a baby today”) for no plot purpose, it is purely a tool to leverage audience emotion later.

Then came the unintentionally amusing montage in which Barry Pepper dynamically shoots his camera instead of his gun (an aspect made veeery obvious to the cabbagehead public via the previous scene, in a closeup where he drops his gun to replace it with his camera – found later, hanging miraculously unscathed from a tree branch); that look of determined fortitude, overlayed with 70-ml movie-camera image stills, as he turns every which way in slomo, a hero of the shattered plains, a darkroom chemist gone wild – oh, be still my aperture!

We’re aware of his massive range of acting chops, but for this movie, Mel Gibson just cupped one hand and skimmed the surface froth of that deep, deep mug. And speaking of mugs, this movie may have salvaged a few reasonable moments were it not for Mel’s egregious mugging at every foreseeable opportunity. His unabashed mugging was to this movie as Chuck Heston’s was to SOYLENT GREEN. He delivered many monologs, all testosterone-drenched in red-whaht-en-blue; he made a lot of empty promises (most of them concerned with “leaving no one behind” blah blah) he oozed a lot of compassion and ultimately, should have quit the movie business after making BRAVEHEART.