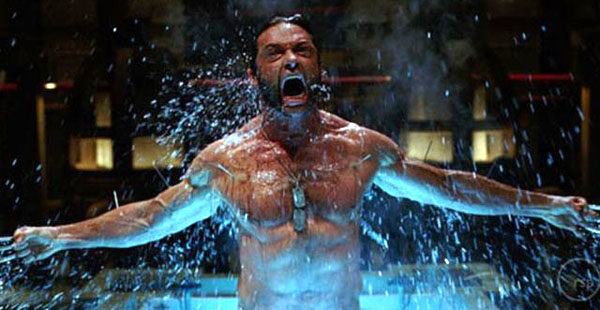 Claws I Said So.

What amazes about that boy Wolverine is that over a century of storied adventures, traveling the world, fighting numerous battles, through changing trends and technological advances, he manages to keep that same funky Astro Boy hairstyle. 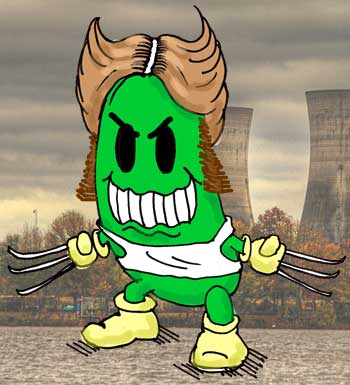 I’ve lost track of all the “authorized” Marvel Comics origin tales and “official” timelines of Wolverine/Logan, although I remember enough to know X-MEN ORIGINS: WOLVERINE is a consolidation of many strands of the Logan mythos into a cogent origin tale that will itself stand as an “authorized” version to many. Or just confuse everyone.

Written by David Benioff and Skip Woods, directed by Gavin Hood (RENDITION, 2007), WOLVERINE is glaringly designed to be Hollywood glossy, studio extravagant and popcorn maximus. Despite all this, it’s a pretty good actioner that won’t offend too much – unless you’re a fanboy.

The Logan from the graphic novels broods darkly over his hunted existence, assassin status and homicidal urges. Unlike Peter Parker and Clark Kent, the Canadian mutant with the caress of steel is, like his animal counterpart, constantly subsuming his berserker bloodlust and paying for it psychologically. His complicated loves and losses are tragic in ways that a PG-13 actioner could never define. WOLVERINE might have been one of the great superhero movies had it steered into the curve like WATCHMEN and created a gritty R-rated closeup of a tormented soul. Instead, we get muttonchops sautéed in popcorn. 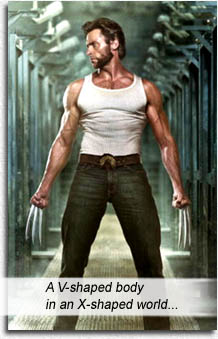 Aussie Hugh Jackman is Wolverine, his fourth film as this character, still proving himself one of the best casting choices ever made in cinematic history, with his – ahem – razor wit, altar boy charm, brooding superhero irony and playgirl muscles. Oh, dem muscles!

Movie follows Wolverine aka James Logan from his youth, when he first discovers bone claws housed in his forearms, through adulthood, fighting in world wars, civil wars, and eventually cajoled into a cadre of mercenaries led by William Stryker (Danny Huston).

Through it all, by his side, his half-brother, Victor Creed (Liev Schreiber), also a mutant, with ripper nails and fangs instead of claws (who would later become the villain Sabretooth – but that’s another x-tale).

The opening montage is a movie unto itself – the brothers battling through many eras in world history, each segment filmed in the style of the iconic film that represented that era – at Normandy, the visuals copycatting SAVING PRIVATE RYAN; in Viet Nam, APOCALYPSE NOW. This movie is so big and muscular – like our favorite berserker – we just hang on and hope someone has greased the axles and maintained the transmission while our hearts pump diesel.

Stryker’s Death Squad features Ryan Reynolds as the katana-wielding Wade Wilson, who can slice an oncoming bullet in two; Will i Am is Wraith the teleporter; Dominic Monaghan is Bolt, handy to have around during a power outage; Kevin Durand is Fred Dukes, who would later become The Blob; Daniel Henney is sharpshooter Zero. Victor loves the ferocious camaraderie in this band of mutant brothers, but unethical missions leave Logan disenchanted and he walks away from this Death Squad, taking his muscles with him.

He and his muscles settle into idyllic life in the Canadian Rockies with a girlfriend – no, not Mariko, fanboys – Kayla (the luscious Lynn Collins), until crazy-eyed Victor comes gunning for him. Or should that be clawing?

Logan and Victor never age or get killed over all those wars. It is artfully conveyed that their mutant ability is superhuman regeneration of their body’s cells. We “age” and die because our cells eventually die quicker than they can regenerate, so it makes sense these guys would live healthily into their hundreds if their cells never stop reconstituting at superhuman speeds, even over bullet wounds.

So even before he was imbued with the indestructible metal adamantium, Logan was pretty indestructible. And Hugh Jackman looks it, using every opportunity to get down to that tank top and tight jeans. Who can blame the boy if he’s worked that hard to get that hard? Back in the 50s and 60s, Superman and Batman movies featured skinny actors in padded suits. Who could have envisioned that in 2009 there would be an actor – not a “weightlifter” or “bodybuilder” – who could embody the physique that those weaklings aspired to? The irony is that comicbook superheroes in those days were actually drawn with boxy bodies; Jackman resembles the artwork of the late 70s, early 80s.

Sure, the Austrian Oak showed us what a real comicbook superhero’s body should look like in CONAN THE BARBARIAN, but he was a ringer. Hugh Jackman is in the same profession as those puny girlymen from days past; merely an actor.

And when he comes roaring naked out of that water tank, roped forearms blazing akimbo, adamantium claws snikting in fury, veins bursting through biceps, ferocious torso aglaze with electric runoff… you know every woman in her seat is as wet as he is.

That’s what it takes to get infused with adamantium – a Playgirl posedown. And he becomes a true super man. And probably the only comicbook hero who never gets into costume, and who fans accept that way.

“‘Cause I’m the best there is at what I do and what I do isn’t very nice.”

Through double-crosses and betrayals, Logan’s purpose eventually solidifies as revenge on Victor and Stryker.

sip from many cups, drink from none

The Ma and Pa Kent Moment: Logan is welcomed by an old couple on a farm after he escapes Stryker’s lab. All we’re missing is the glasses and cape and Glenn Ford saying, “Now wouldn’t that beat all get-out?” 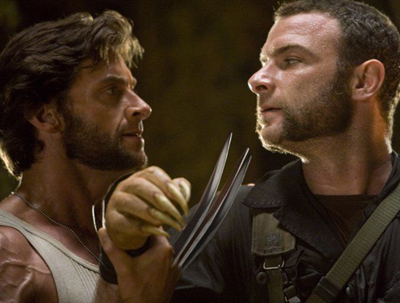 The Rambo Moment: over the radio, Logan tells Stryker, “I’m coming for you!”

There is another Dick Moment: Kayla, an empath, says to Stryker, “I should make you kill yourself but that would make us no better than you,” then she does something worse. She mentally forces him to “walk until your feet bleed and keep walking.” That’s right – she tortures him. Because, as Dick tells us, Torture is Good, Torture is American.

The Werewolf Moment: “The only thing that will take him down is an adamantium bullet…” Well, he has the muttonchops for it.

The Clint Eastwood Moment: Hugh Jackman’s stride from behind looks like The Man With No Name.

Surprisingly, there is a stunning original moment in WOLVERINE: where Logan slices the spinning rotor blades off a helicopter.

Only in this fourth X-MEN movie do we feel the full lethality of Logan’s claws, as he slices through everything in his path, from steel walkways to vault doors and Humvees, through cages, choppers and even the bathroom sink! Those claws, as well as all the other mutants’ super powers, are utilized intelligently and often. There are never any moments where we roll our eyes because a character is not using their powers effectively – like in all the other X-MEN movies. 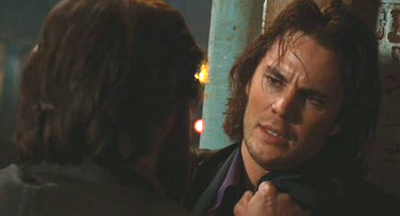 We meet Gambit (Taylor Kitsch), and a young Cyclops (Tim Pocock), who, like his older counterpart James Marsden, graduated from Teen Model Mannequin University. And Patrick Stewart is a young Professor Xavier, airbrushed like a Playboy Bunny.

Action directors don’t get enough credit. Director Gavin Hood stages a magnificent fight scene atop the lip of a nuclear funnel at Three Mile Island between Logan, Victor and Deadpool (a reanimated Wade Wilson – still played by Reynolds), a mutant possessing the powers of teleportation, optic laserbeams and adamantium katanas in his forearms. Like the scene atop the train in SPIDER-MAN 2, it boggles the mind trying to imagine how this rambunctious three-way fight was storyboarded, blocked, composited with effects and eventually pulled together. Bad action directors come by the busload (Paul Greengrass’s BOURNE movies, Michael Bay’s TRANSFORMER movies), but a good action director goes unnoticed, because he turns mortally confusing eyestrain into a watchable sequence.

As a prequel, WOLVERINE acquits itself nicely, answering questions on how Logan acquires his adamantium, interacts with young Stryker; how he loses his memory and how he becomes too sexy for a spandex costume.

But it still doesn’t tell us how he got that funky Astro Boy hairdo. 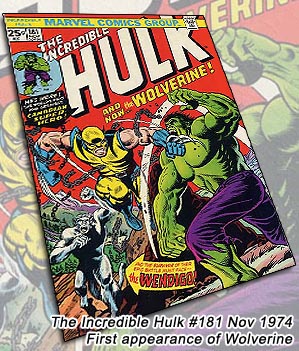