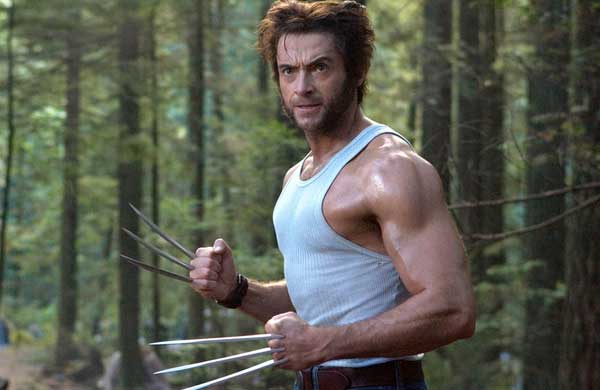 Action without heart. Spectacle without logic. Brawn without brains.

Director Brett Ratner balances on Bryan Singer’s shoulders, attempting to hold up the mutant world Singer so reverently rendered in X-MEN (2000) and X-MEN UNITED (2003). But he falls off – and helms X-MEN: THE LAST STAND, the third in the x-franchise, with as much reverence and talent as Bryan Singer’s shoe. 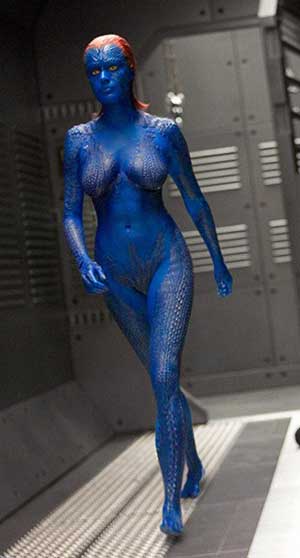 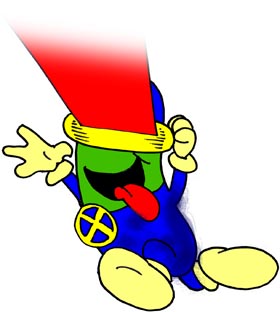 Ratner and screenwriters Simon Kinberg and Zak Penn feign respect, drawing in the fanboys (with teaser ads featuring edgy photography and magnificent visuals, like Angel’s breathtaking wingspan; dangling the reunion carrot of the five original Uncanny X-Men members – for the non-mutant readers, these are Cyclops, Jean Grey, Iceman, Angel and Beast; giving us tastes of legendary idioms, when Bobby Drake eventually goes fully Iceman for a few seconds, or Beast exclaims, “Oh my stars and garters!”) – but then tumble off the grid completely, as they kill off half the main characters, never show the original five onscreen together, twist legacy into dramatic cliché and fulfill the worst fears of intelligent moviegoers. LAST STAND is not a case of “more of the same,” but too much of the same; a runaway George Lucas effect.

Forgetting that “He who sips from many cups, drinks of none,” Ratner loads this 104-minute movie with so much content that it implodes under its own weight.

The government has isolated an antigen from scary Cameron Bright (playing Leech, a mutant who negates the powers of other mutants) and markets it as a “mutant cure,” drawing mixed reactions from mutants. Magneto (Ian McKellen) sees it as usurpation of mutants’ very souls, whilst some, like Rogue (Anna Paquin), who cannot touch anyone without draining their life-force (and whose pink x-bits have been quivering for man-flesh since she met Wolverine back in X-MEN) see it as an opportunity for some Jagger-like satisfaction.

While Wolverine (Hugh Jackman) insults everyone back at the mutant mansion of Professor Xavier (Patrick Stewart), Cyclops (James Marsden) wastes his 3 minutes screen time weeping like a bitch over dead Jean Grey (Famke Janssen). The blue-furred, Presidential Mutant Diplomat, Beast (Kelsey Grammer, perfectly cast), attempts to find the right spin for the antigen campaign, whilst boy-band member, Warren Worthington III (aka Angel, played by Michael Murphy, doing Jay Mohr), uses up his four seconds of wingspan screen time to make good on the startling trailer and fly out on the cure.

Before anyone can say “mutant overload,” Jean (with her long, luscious, burgundy wig slightly crooked), has returned from the dead as Dark Phoenix, had Cyclops for lunch and is hot for some Wolverine on toast.

Magneto scorns Mystique (Rebecca Romjin) after she sacrifices her mutancy for him, and proves to be quite the playa, no sooner dumping the blue babe than hooking up with a Dark Phoenix. 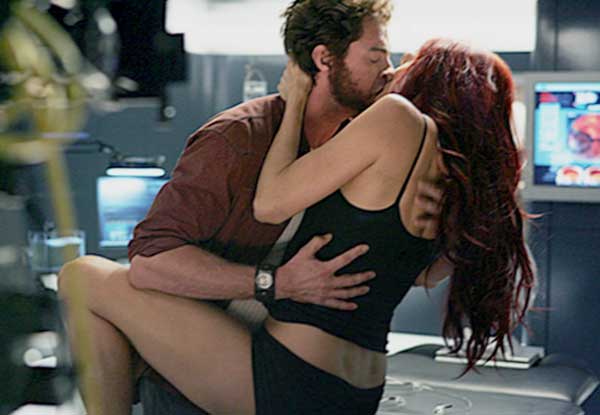 Now this is the kind of X I like…

If all this seems confusing, rest assured, it is. LAST STAND makes little attempt at explaining relationships, superpowers or logic (except for a flashback which finds the two Shakespearean veterans, McKellen and Stewart, amusingly wrinkle-free, meeting Jean as a child, exploring the complexities of their association) and is unapologetically for fanboys who have continually sacrificed the love of a good woman for plastic-bagging their comicbooks in chronological order; ironic, considering the film-makers themselves don’t display much love or knowledge of these characters.

And Cyclops! Oh, Cyclops! I have never condoned the dismissive treatment of the Uncanny X-Men’s prime member. In the comics universe, everyone respected his authoritah – but the first two Singer movies demoted this master tactician, group leader and masculine love-interest for Jean Grey into a metrosexual strip-o-gram. We tolerated his film deficiencies because the films themselves lauded the X-Men legacy. With LAST STAND, Cyclops’s pussified ousting is unconscionable.

Screen becomes clogged with superbeings who only figure how to utilize their powers as the plot denotes, otherwise stand around doing nothing.

Only Magneto and Wolverine ever use their powers intelligently, Wolverine usually with his shirt off; alas, his action scenes are all too brief (and how does his tank top heal its holes when he is stabbed?). Magneto’s power is truly awe-inspiring and the vaunted Golden Gate Bridge sequence is remarkable.

The themes of this movie – offering homogeneity to those who feel alienated and forcing homogeneity on those who wish individuality – are lost amongst the movie’s many plot-holes and poorly-directed action. For example, why was the government transporting Juggernaut, Multiple Man and Mystique without first shooting them with the antigen? Well, so that Magneto could rescue them, of course.

And why does Wolverine try to stop Phoenix being shot with antigen? This would have eradicated her nihilistic death-persona and left behind a supermodel. Instead, whilst the world is being sucked into her destructive vortex, he opts to kill the Dark Phoenix (with his shirt off). Seems he’d rather have a dead Phoenix than a live Jean Grey.

Economically, the X-MEN franchise has fallen victim to its own plotline: in order to recoup its astronomical budgets, it needs to homogenize its product; in doing so, it kills off impact and integrity, thereby risking lesser income through inferior product. This will be the last collective X-Men production; the future of the X-Men lies in their spinoffs. Already, WOLVERINE has stalked into pre-production.

Yet the marketers force-feed us a cliffhanger, just in case: while Storm (Halle Berry) assumes matronly duties at the mutant school; while Beast presses White House flesh; while Wolverine insults someone and Angel flies high on CGI; while the cured Rogue and Iceman make the beast with two backs in the nearest broom closet, two sidelined Shakespearean veterans slyly find their mettle once more…